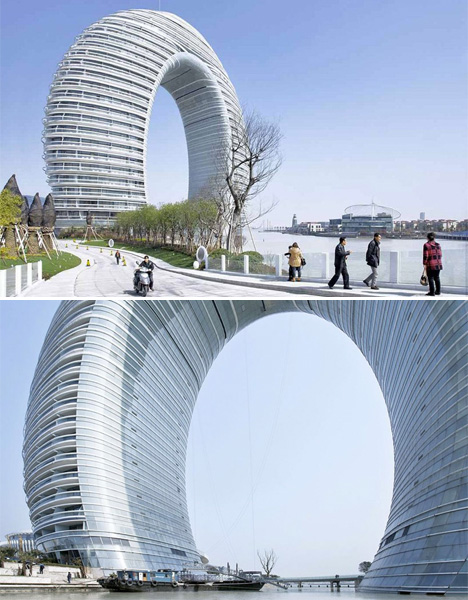 A ring of stacked hotel rooms rises from the south bank of Taihu Lake in China. The Sheraton Huzhou Hot Spring Resort by MAD Architects gives every room access to lake views, natural light and ventilation, no matter what floor it’s on. 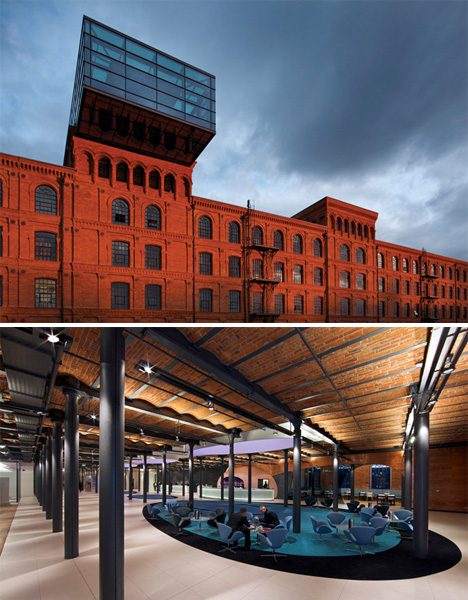 A contemporary glass addition sits on top of a historic brick building in Lodz, Poland in this award-winning hotel design by OP Architekten. The adaptive reuse project reclaimed an 1952 weaving mill with cast iron pillars that had been abandoned since the 1990s, turning it into a four-star hotel. Andels Hotel Lodz preserves the history of the original structure while adding an eye-catching cantilevered glass box that overhangs the building’s brick exterior. 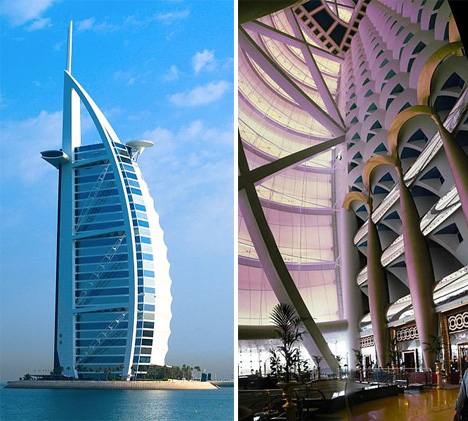 Whether or not you’re a fan of the ship-like design of the Burj Al Arab hotel, there’s no denying that it has become a major landmark and symbol for Dubai. Instantly recognizable, the structure by British architect Tom Wright was inspired by wind-swollen sails and is the first thing many ships see when they reach Dubai’s port. 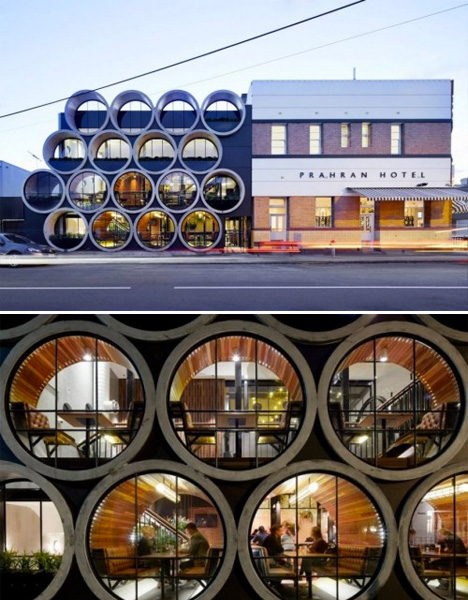 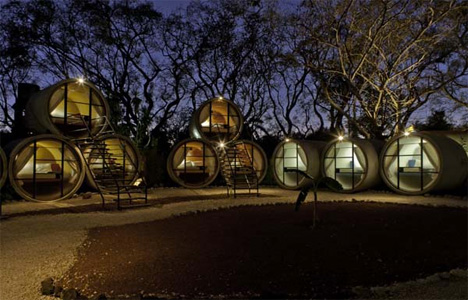 17 massive concrete water pipes make up the pub and other common areas of the Prahran Hotel in Melbourne, Australia. The wood-lined industrial pipes are a nod to the neighborhood’s heritage and to visuals of stacked kegs of beer. Another hotel takes this concept even further: the TuboHotel in Mexico uses reclaimed concrete pipes as the actual hotel rooms.