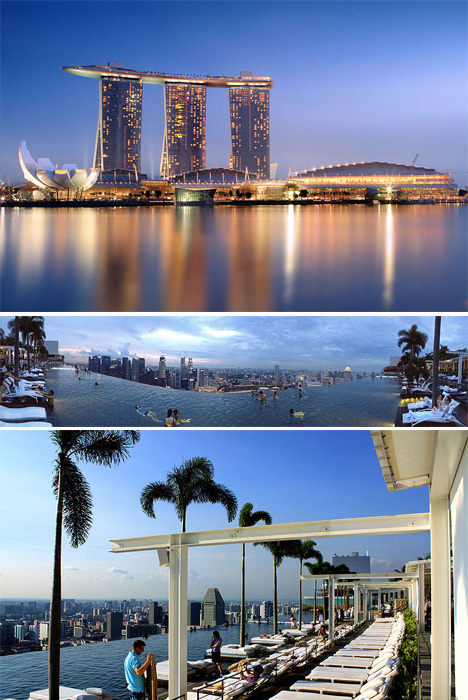 The world’s most expensive building at $5.7 billion USD consists of three towers topped by a cantilevered rooftop structure covered in infinity pools, gardens and lounging areas. Like the Burj Al Arab, Singapore’s Marina Bay Sands has become a symbol for its setting in a prime new business district. Prime designer Moshe Safdie took inspiration from the form of a deck of cards for the structure’s unique appearance. In addition to the vast public SkyPark and all of its restaurants and gardens, the hotel includes 2,561 luxury hotel rooms and suites. 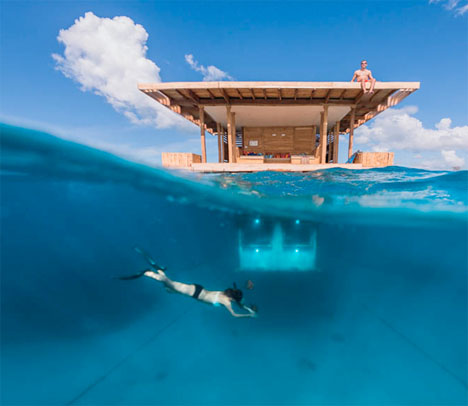 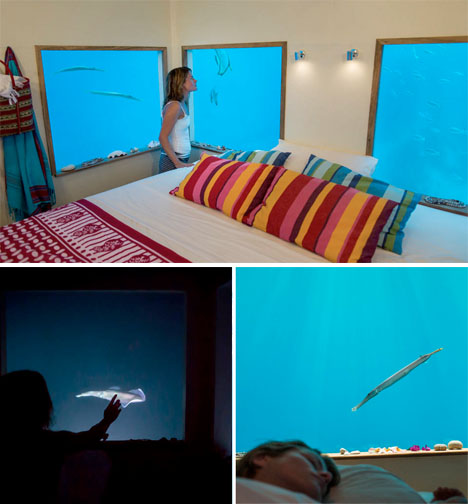 While Dubai continues working on its fantastical submerged hotel plans, other underwater accommodations are already open to the nautically inclined. The lone underwater hotel room of the Manta Resort (photography by Jesper Anhede) off the eastern coast of Africa near Pemba Island is tethered to the sea floor, with an upper-level sun lounging area and a submerged sleeping area with incredible views of marine life. It would be cool to see this unique concept take off in other areas around the world. 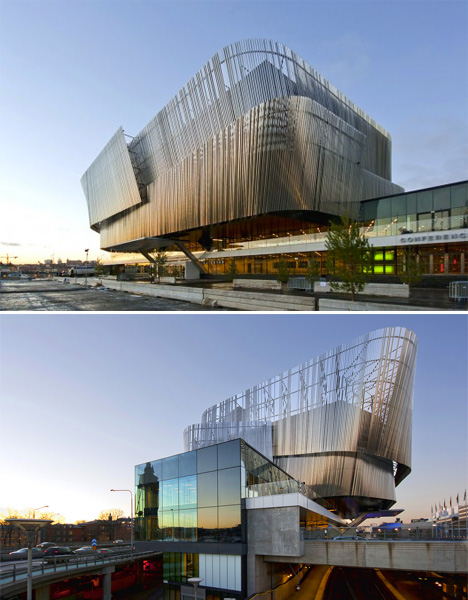 One of the most visually striking hotel designs of the 21st century, the Stockholm Waterfront Hotel by White Arkitekter AB is a 400-room hotel, 3,000-seat congress hall and 2,000-seat dining room. Located directly across from Stockholm’s Central Station, the structure is connected to the congress building. The architectural solution of fitting so much into a small triangular plot involves a large portion of the hall suspended beyond the footprint of the site like a gigantic canopy.