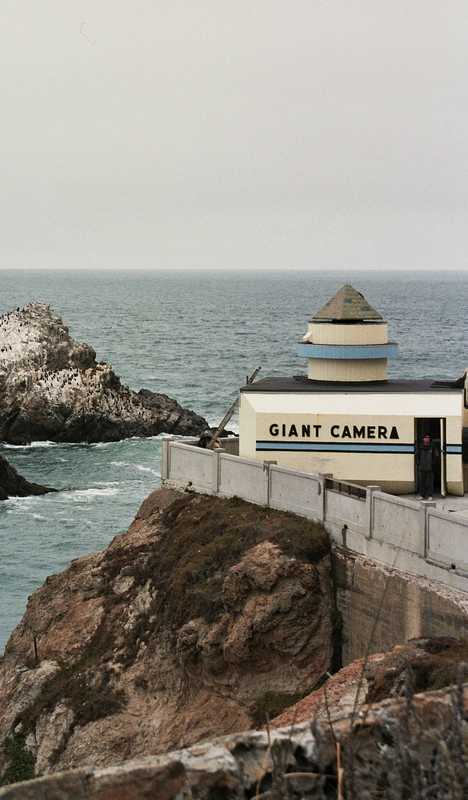 (image via: quite peculiar)

Designed by Floyd Jennings and first opened in 1948-49, the “World Famous Giant Camera” sits atop Point Lobos overlooking Seal Rock in Monterey County, California. The building is actually a large Camera Obscura shaped like a 35mm camera tipped over on its back with the lens pointed at the sky. Full props to Flickr user quite peculiar for the original image from which the above is derived.

Originally part of the “Playland at the Beach” amusement area, the Giant Camera was slated for demolition when the attraction closed in 1972 but a local (and vocal) campaign saved the building then, and once again in 1999. Finally added to the National Register of Historic Places in May of 2001, the Giant Camera seems set to stay with us for the foreseeable future.

“Hyde+Hyde Architects develops a unique camera-shaped house,” reads the copy at Buro 24/7 magazine, and although the home rising from the depths of a disused Welsh quarry looks nothing like any camera we’ve seen, we’re going to take their word for it. Check out the owner’s car… maybe we just haven’t YET seen the camera this home was ostensibly modeled after. 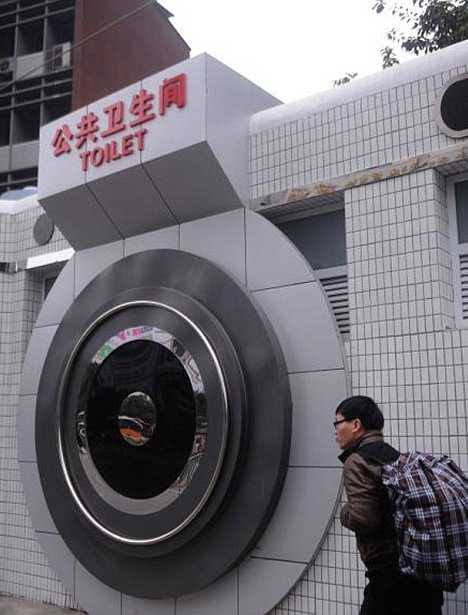 If you’re out & about in the Shiqiaopu Digital City district of Chongqing, China and the street eats aren’t agreeing with your digestion, just head for the nearest camera… Umm, make that the nearest HUGE camera.

(images via: Ecns.cn, DBW and ImagineChina)

This incredibly photogenic restroom houses five unisex stalls; hinting that China may be more socially advanced than we’ve been led to believe. Anyway, you’d think municipal planners would try to make public toilets easy to identify instead of disguising them as something else entirely. It’s time you changed your thinking: Shiqiaopu Digital City is Chongqing’s analogue to Tokyo’s Akihabara and a camera-shaped ANYTHING simply fits right in.