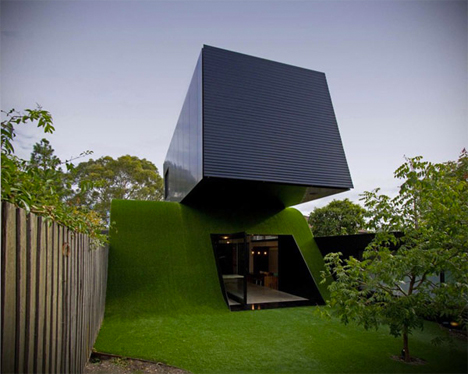 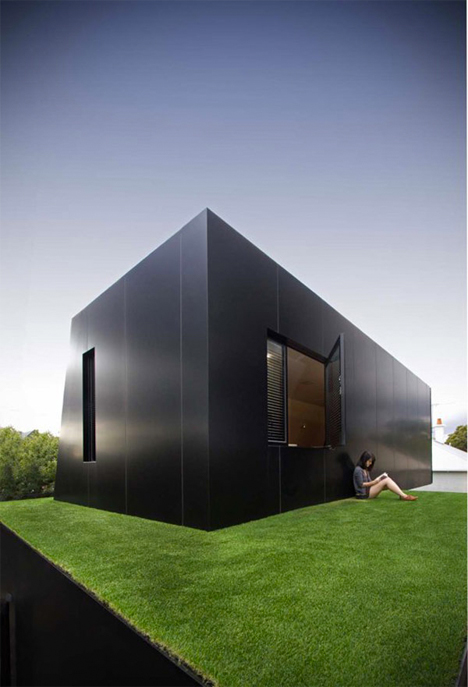 If there’s one defining feature of the Melbourne landscape, it’s that it’s so completely flat. Architect Andrew Maynard sought to create something entirely different with Hill House, an artificial landscape feature that perches a contemporary structure atop a grassy hill. Says Maynard, “If one is to explore the possibility of cantilevering off a cliff (a desire of many architects) one is forced to manufacture that landscape. A monolithic form is unsheathed from the hill and placed atop. A celebration of the synthetic, the manufactured. A simulacrum of both an undulating landscape and the pure architectural form.”

Towering Hills at the Gwanggyo Power Center by MVRDV 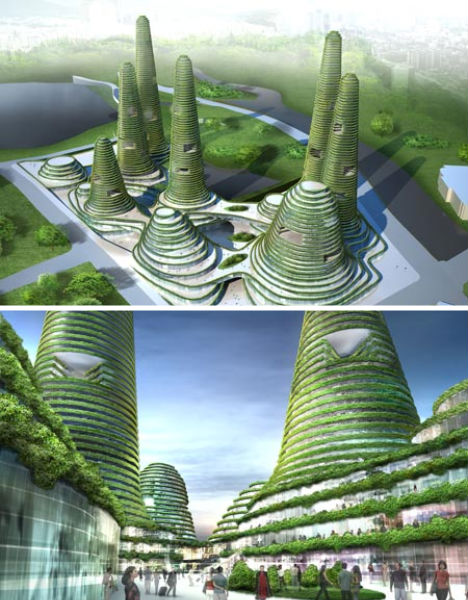 Greenery-covered nodules rise up from the landscape in this concept for an entire new city by MVRDV. The complex is envisioned as an acropolis of hilly structures containing residences, work, schools and play all in one interconnected structure. Each of the concentric rings contains hedges that improve ventilation and reduce energy usage. 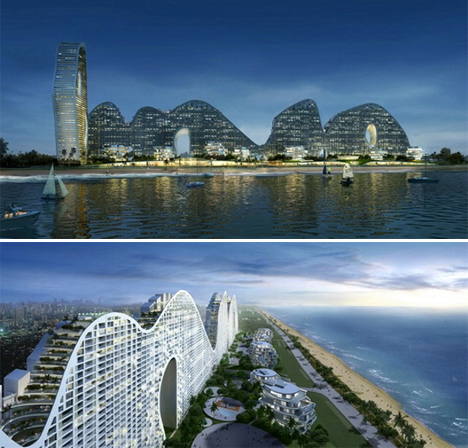 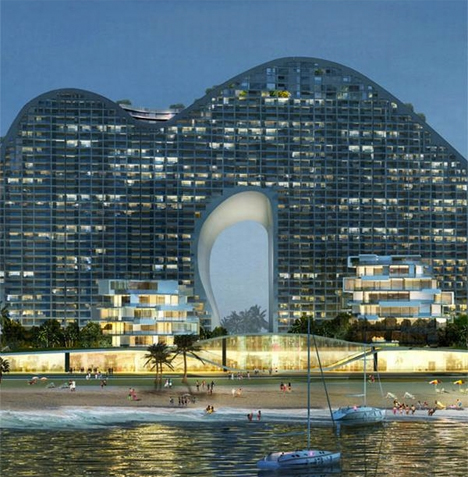 The flat landscape of Beihai, China gets some new curves in the form of ‘Fake Hills,’ a monolithic apartment complex featuring an undulating roofline. Large openings in the structure maintain sunlight and views for the neighborhood behind it.

Block 39 by OFF Architecture 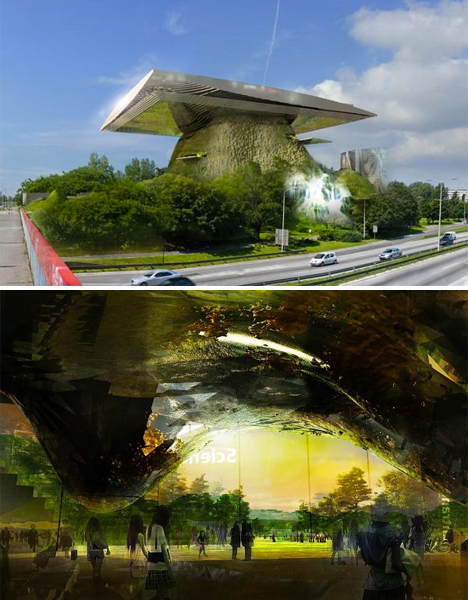 An artificial mountain capped with a dramatic gleaming roof takes its inspiration from past and present Serbia in this concept by Paris-based OFF Architecture. Block 39, a science center for Belgrade, includes trees planted into the facade of the building as well as artificial waterfalls to give visitors the sense that they’ve escaped the city altogether. 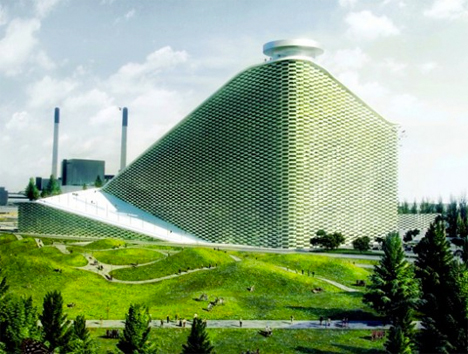 This unusual waste-to-energy plant by Bjarke Ingels Group doubles as a ski slope and recreation center with an angled, snow-covered roofline creating a path from the pinnacle to the ground below.