The Ghost City of Dhanushkodi 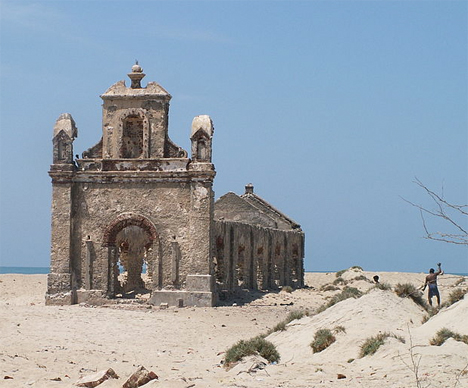 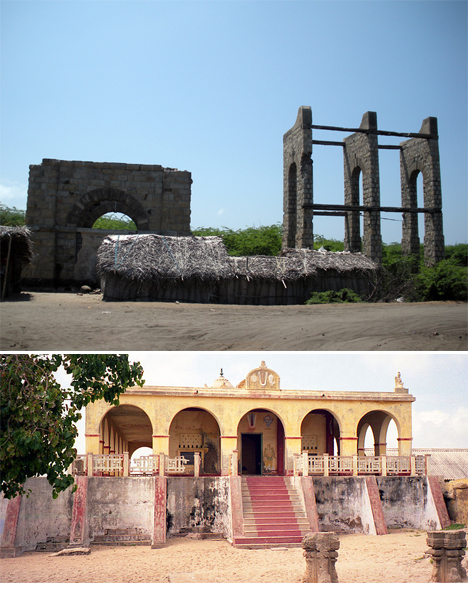 The site of the only land border between India and Sri Lanka, Dhanushkodi thrived as a tourist and pilgrimage town until a 1964 cyclone destroyed the railway line from Mandapam, cutting off access. On the night the cyclone hit, a passenger train was traveling to the town from Pamban with 110 passengers and 5 railway staff on board. A massive tidal wave from the storm washed away the entire train, leaving no survivors. All together, 1800 people died, with all houses and other structures in Dhanushkodi flooded or marooned. The government declared Dhanushkodi an uninhabitable ghost town. 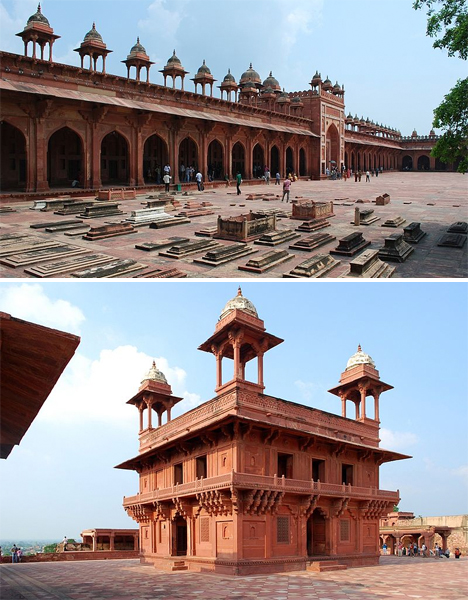 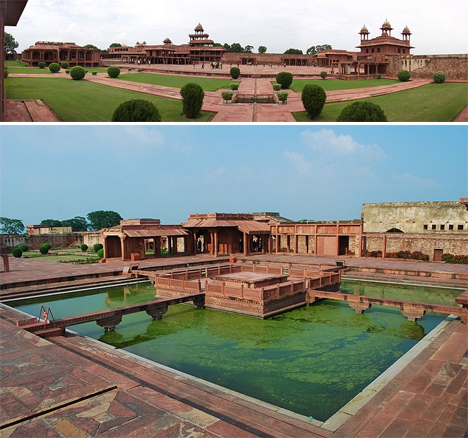 Founded in 1569 as the capital of the Mughal Empire by Emperor Akbar, the walled city of Fatehpur Sikri consists of royal palaces, courts, a mosque, a harem and other buildings. Beautiful as it was, a shortage of water and proximity to areas that were in turmoil led to its abandonment by 1585, and after establishing a new base, the Emporer never even returned. It’s been abandoned ever since, but is rare for its level of preservation, with much of it looking virtually untouched. Situated on a rocky ledge, Fatehpur Sikri is made of the locally quarried red sandstone and boasts a dramatic 177-foot-high entrance. 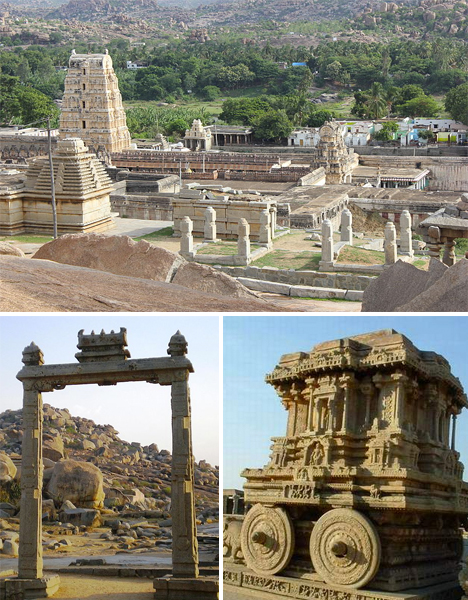 Once home to 500,000 inhabitants, making it the second-largest city in the world at the time, Vijaya Nagara is a now-ruined capital surrounding modern-day Hampi. The most powerful kingdom in India at the height of its glory in the year 1500, the city was described by a Portuguese visitor in 1522 as “large as Rome and very beautiful to the sight” and “the best-provided city in the world.” But in 1565, the empire’s armies suffered a catastrophic defeat, and the capital was taken by the Muslims who razed, depopulated and destroyed the city. The whole area reverted to a more primitive agricultural society for centuries, but the construction of two hydroelectric facilities in the 20th century led to rapid growth in the local population. While the ruins are still abandoned, and officially a historic site, the surrounding area now has 2.5 million residents.