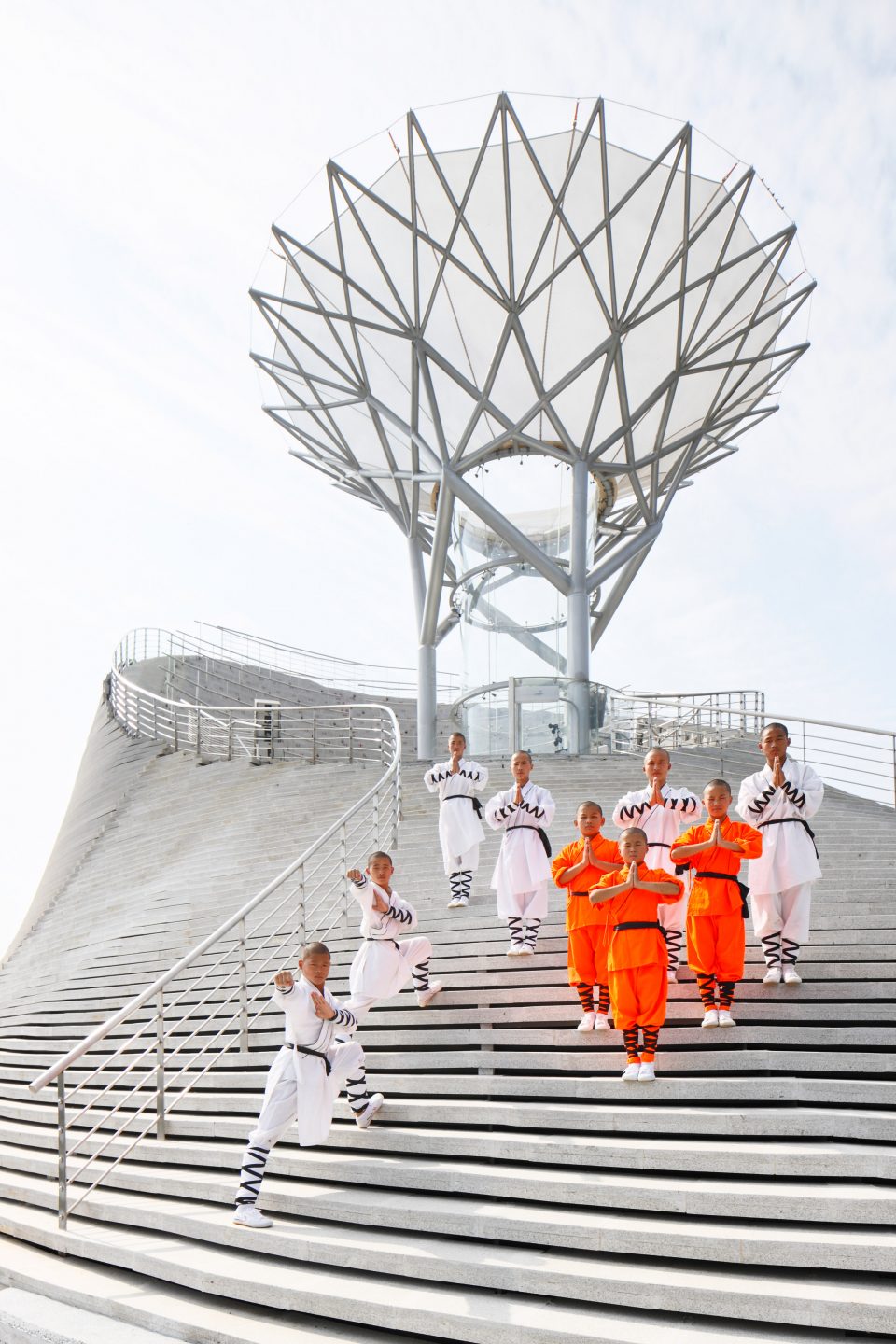 The mountainous setting is home to the historical Shaolin Monastery (UNESCO World Heritage Site) and is considered the birthplace of Zen Buddhism and the Kung Fu martial arts practice (as well as the cradle of Chinese civilization more broadly). 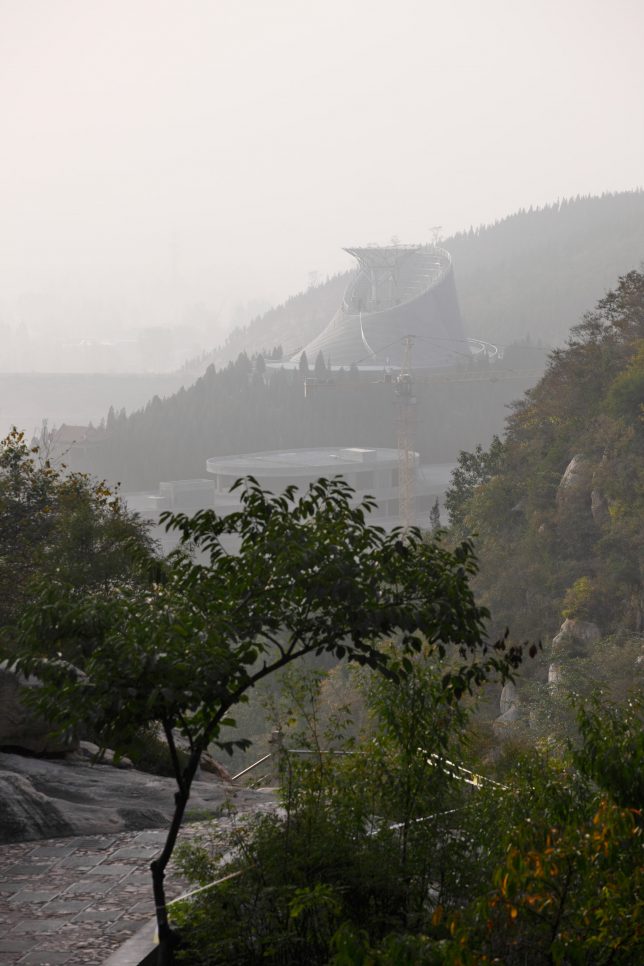 Designed by Latvian architect Austris Mailitis, the pavilion is designed to be both contemporary while also deferential to the region and its traditions. The designer was commissioned based on a chance meeting at the Shanghai Expo in 2010. 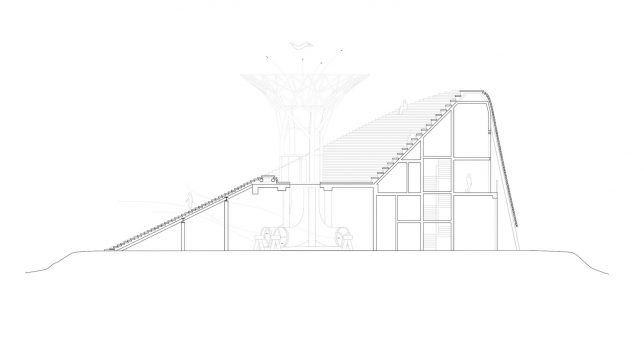 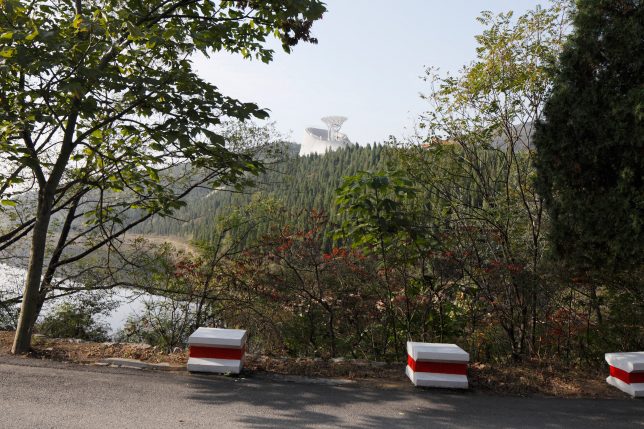 The mounded shape of the complex and branching, trunk-like protrusion of the tunnel take their inspiration from a translation of Shaolin, meaning: mountain in the wood. 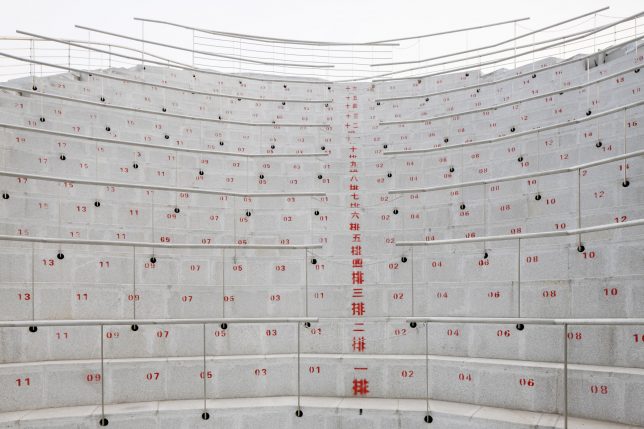 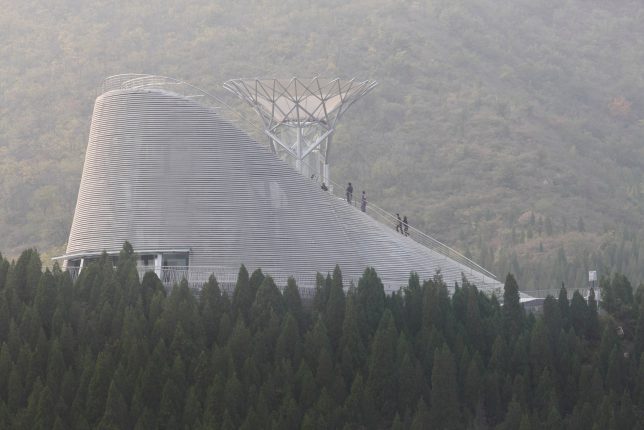 “The architectural and conceptual image pays respect to the beauty of surrounding nature and the historical heritage of the site. Developed in the shape of two symbols – mountain and tree – it serves as a platform for any kind of scenic arts focusing especially on flying performances.” 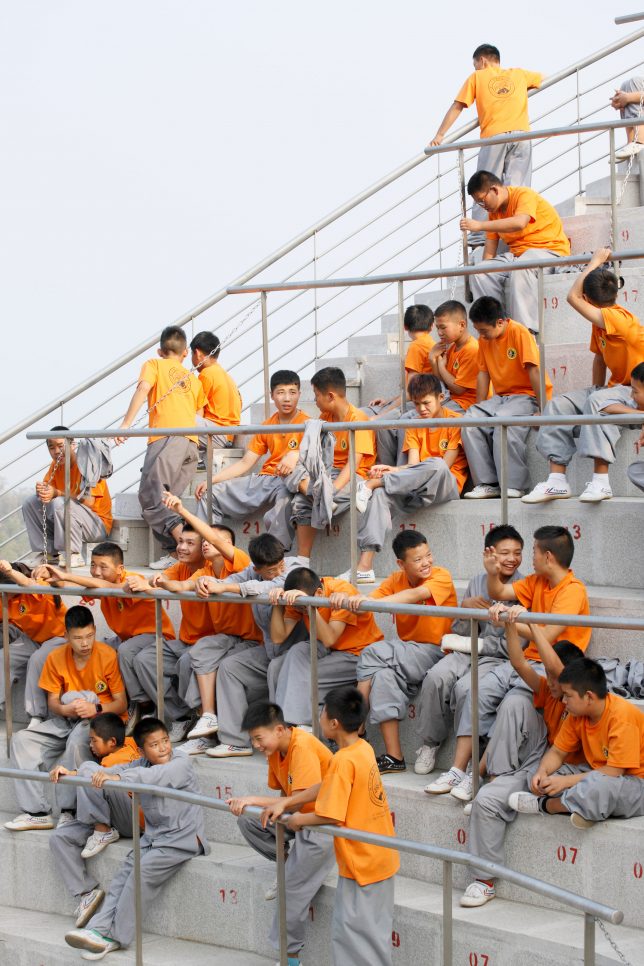 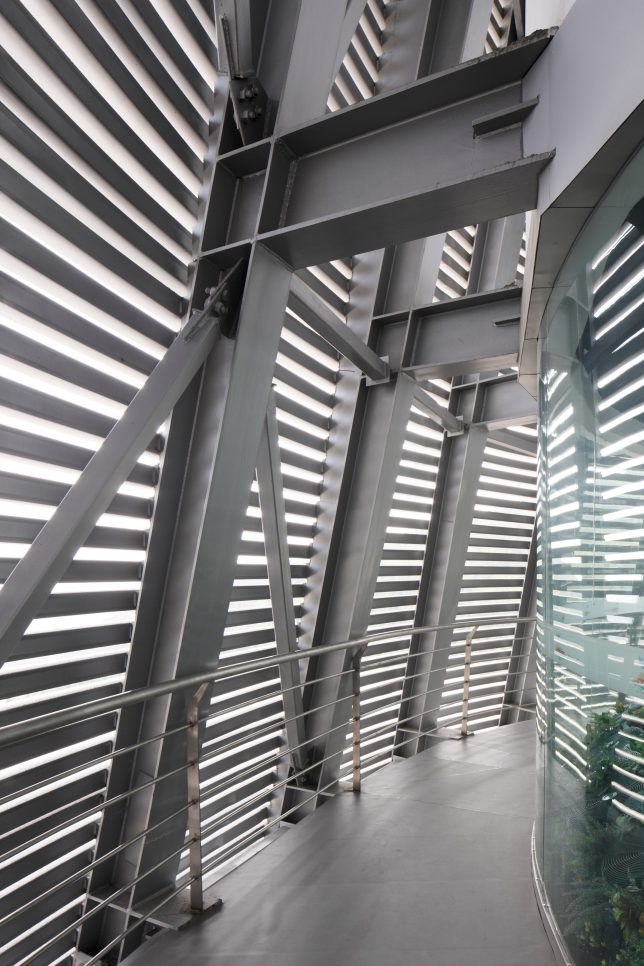 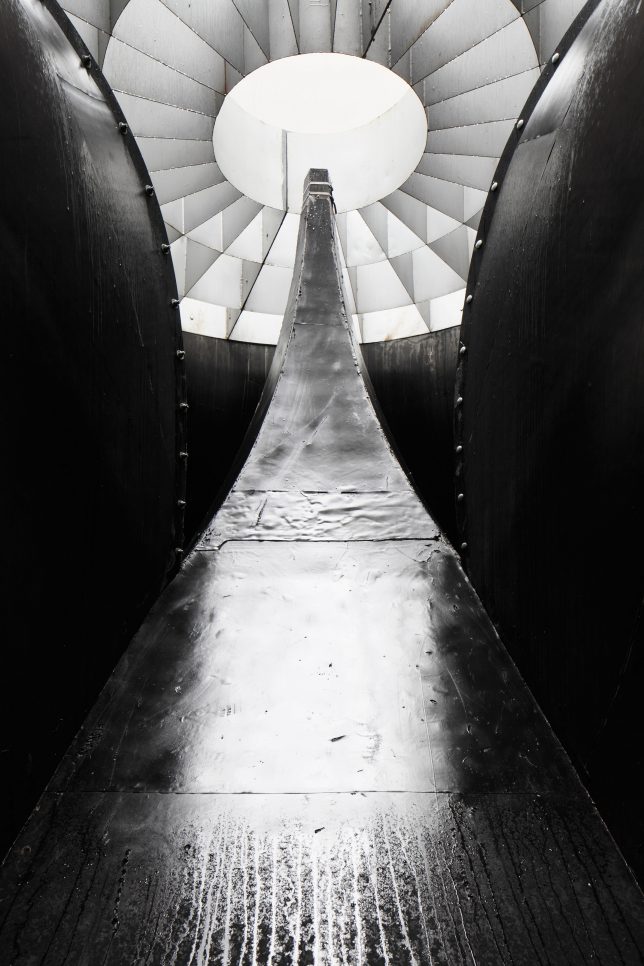