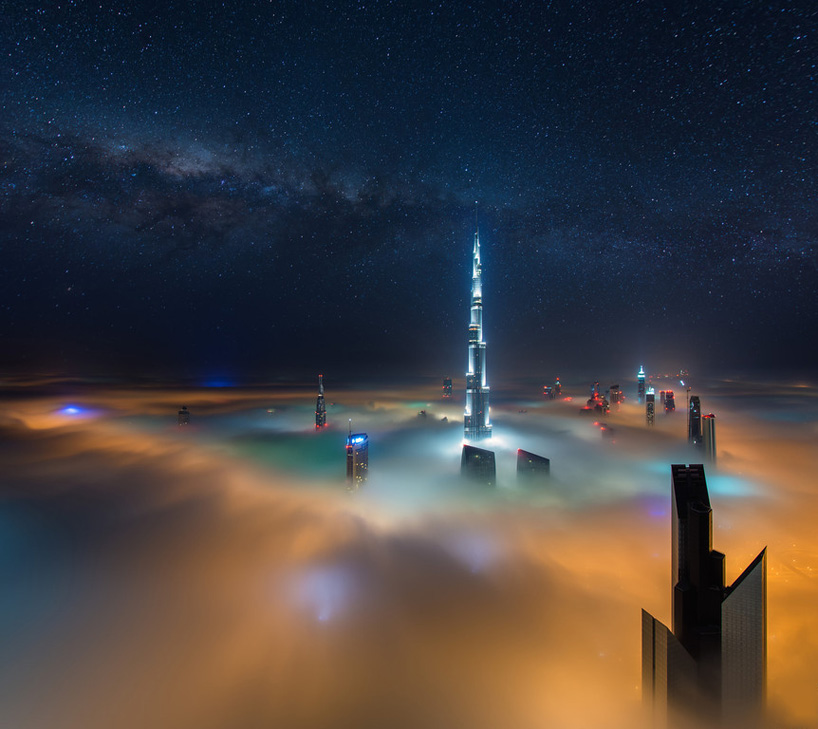 Home to the tallest building in the world, Dubai is a city rich in skyscrapers that seem almost otherworldly when seen piercing through seasonal layers of urban fog. 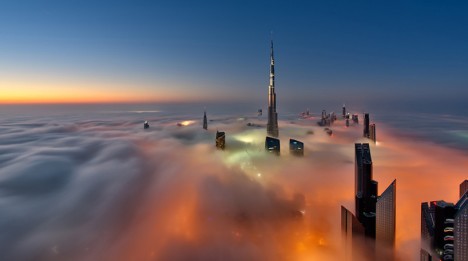 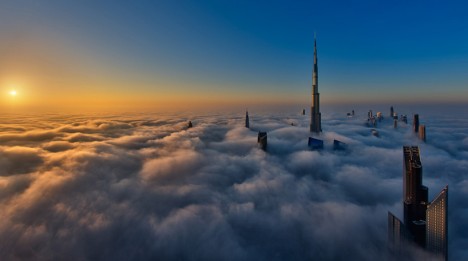 Photographer Daniel Cheong resides in this surreal desert city and has taken to capturing images of it from above, particularly during times when the weather is transitioning from warm to cool and producing the effects seen in these shots. 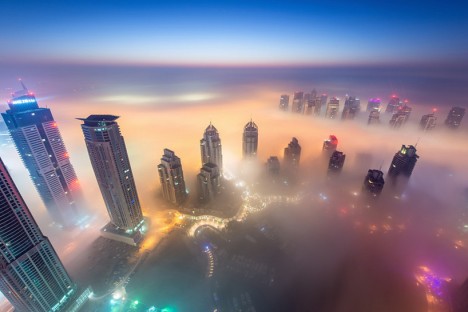 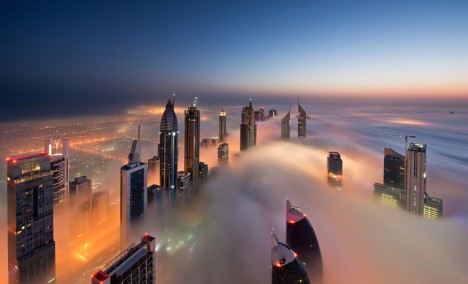 In some cases the viewer can see glimpses of the streets, buildings and marina below, but in others the entire built landscape appears perched on a layer of clouds. 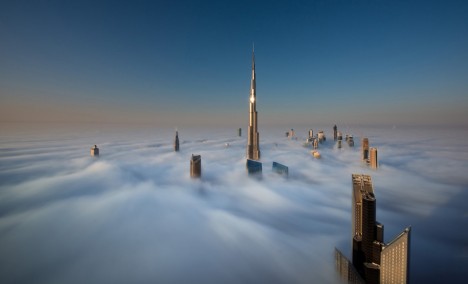 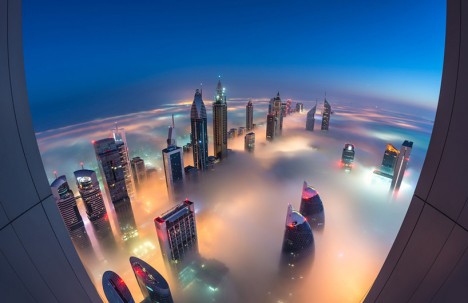 While his photographs do represent reality, they also employ digital blending techniques that combine multiple exposures to make them seem almost more real than reality (but without the stretched effects sometimes seen in overly-processed HDR). 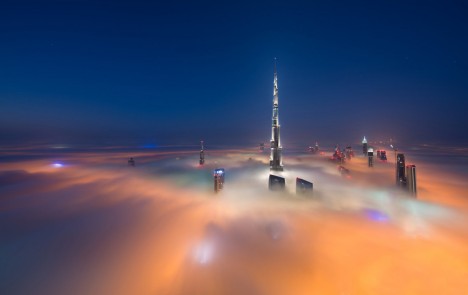 In doing so, he emphasizes “this slight element of the surreal, or hyper-reality often found in painting.” A world traveler, Cheong was “born in Mauritius, originally of Chinese descent, and French by nationality.” Of his picture-taking prowess, he writes: “I’ve always loved photography, but only became serious about it when I bought my first DSLR in Singapore, back in 2006.” 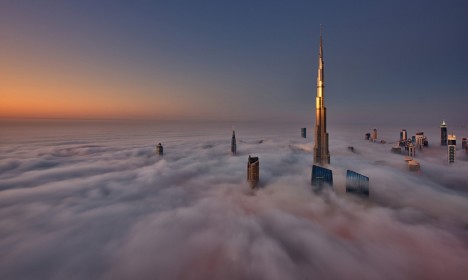 “I then aimed to perfect the technique of Digital Blending, which consists of manually blending multiple bracketed exposures in order to obtain the maximum dynamic range, while trying to keep a very natural look and avoiding the common mistake of many ‘overcooked’ HDR images. This slight element of the surreal, or hyper reality often found in painting is what I am trying to achieve”