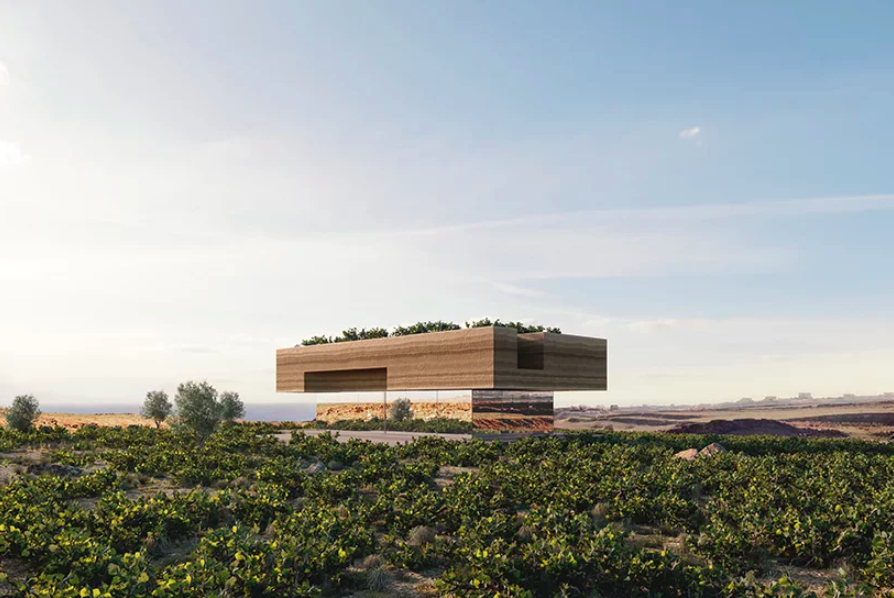 What appears, from a distance, to be a slice of land levitating above the hills of Santorini, Greece is actually an incredible modern home set on a lower level that acts like a mirrored plinth. Living greenery emerges from the roof, and the upper level bears the striations found in cross-sections of excavated earth. What must observers think of it as they approach, squinting at it in disbelief? 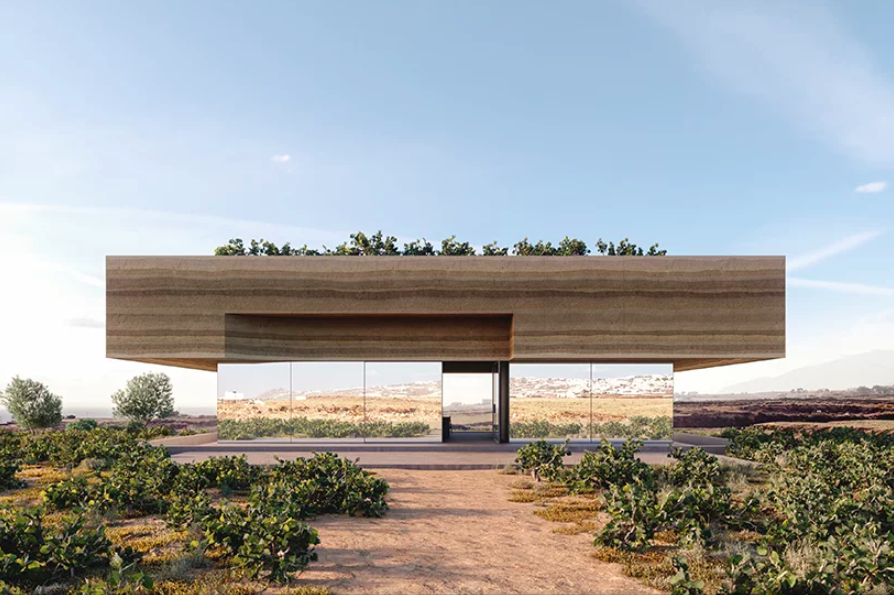 This unusual residence is just the latest modern wonder created by the firm Kapsimalis Architects. Located within a vineyard facing the Mediterranean Sea with views of the island’s capital city of Fira, the surreal structure pays tribute to its location with its highly unusual cave-inspired design.

Within that mirrored ground floor are the living and dining rooms, kitchen, master bedroom and bathroom, while the earthen level hosts an attic, office and terraces overlooking the spectacular setting. It’s almost like the architects magically inverted the earth and sky, since the open-plan lower level enjoys panoramic views of the outdoors through its one-way mirrored facade but feels like it’s underground thanks to the thick, heavy volume above it. 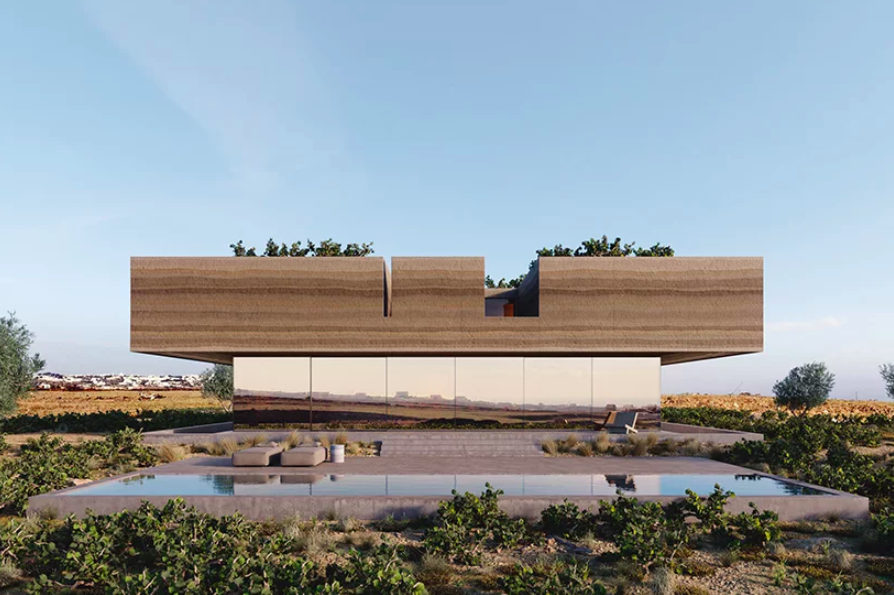 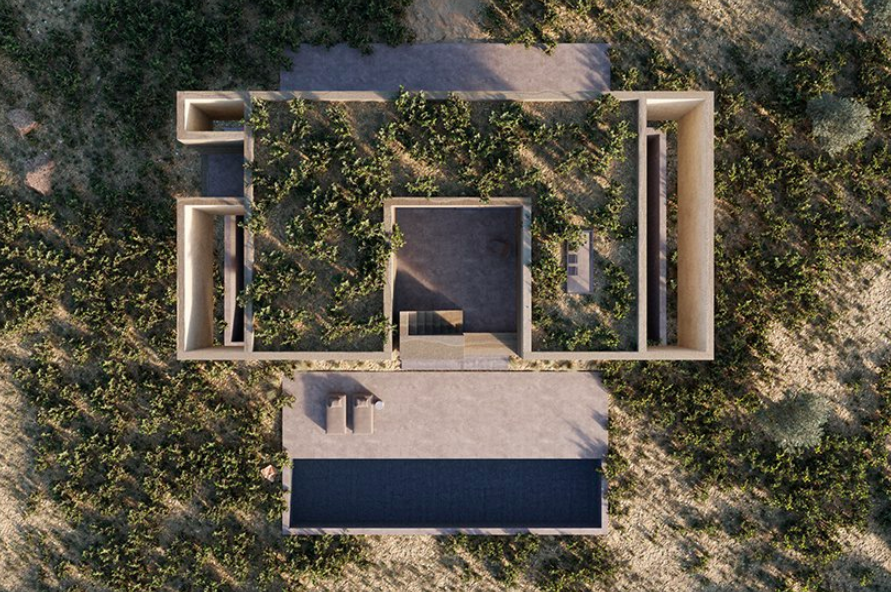 “The rough volcanic landscape, the intense alternations of the scenery, the diversity of the materials, the former architecture and the changeable weather conditions have a huge effect in our designing process. We consider that each architectural solution is related to the surrounding and is formed by it in a harmonious or a conflicting or in a totally seperate way. The differnt features and challenges of the place is the spark that leads each time to diverse architectural forms.”

“We are interested in how buildings could become integral parts of the landscape. Apart from the forms and how could be developed on each place, equally compelling is how the use of each building contribute to the environment itself. We seek for the values and the customs , the old aesthetics and the pre-existing memories of each place in order to show them up in a modern twist. Wishes and hidden desires of the future users are mixed with project’s background in search of a new perception of the space.” 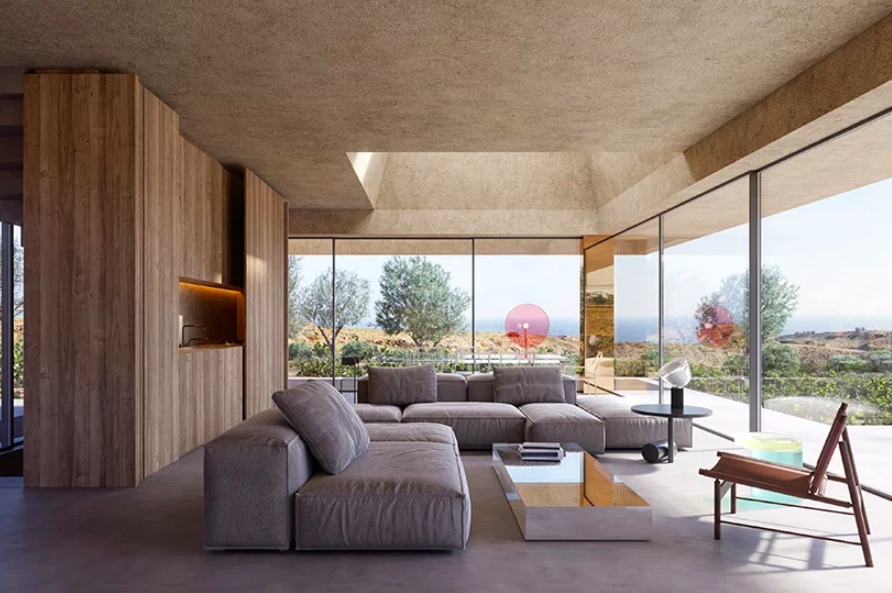 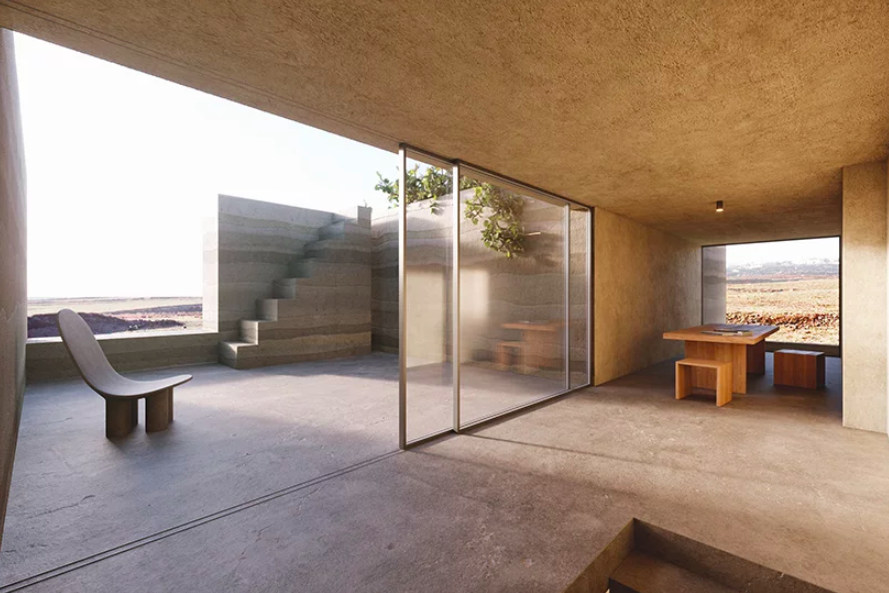 Other works by the firm include hotels camouflaged within sandy hillsides, monumental concrete homes, sensitive adaptations of Greek ruins and other structures that play upon the region’s natural textures and shapes as well as the island nation’s vernacular architecture.