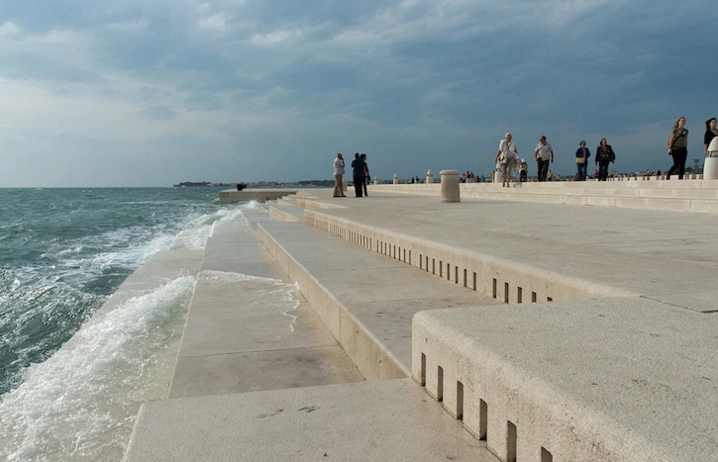 This 230-foot-long musical instrument contains 35 organ pipes and is powered by the Adriatic Sea, producing sounds for visitors that seem eerily composed rather than random.

Whistle holes cut into the stone steps are ‘powered’ by air pushed in by waves of water, creating chords that are strikingly harmonious in nature. The sounds are constantly shifting, but you can listen to a clip above (a .wav file of the waves, if you will). 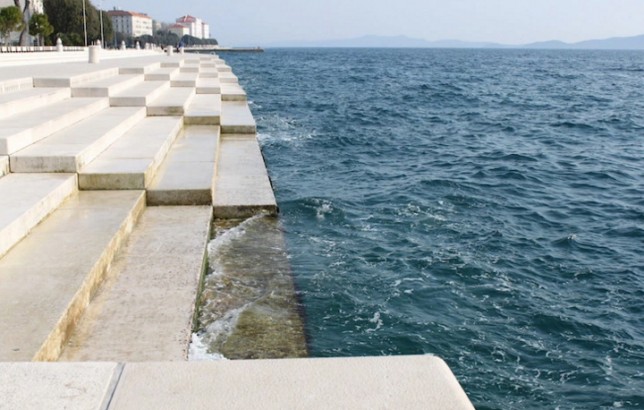 The Sea Organ, or the Morske Orgulje, is part of plan to revive Zadar, a city over 3,000 years old that was nearly obliterated in the Second World War. Architect Nikola Baši? wanted to give the place something with character, differentiated from the stark and boring concrete buildings that were created during initial years of rebuilding. 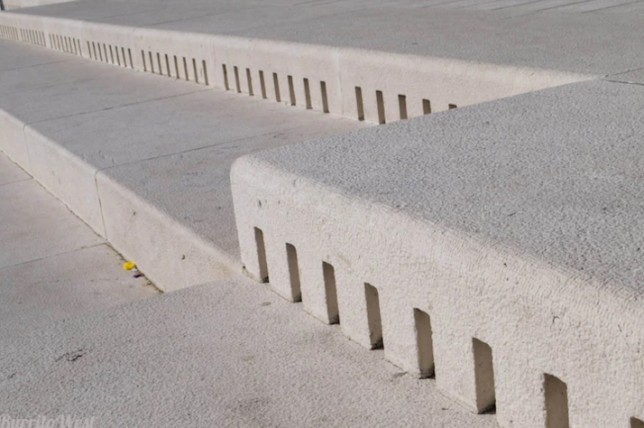 The design was inspired by the Hydraulis, an ancient Greek instrument that used water to push air through tuned pipes, but also borrows from the Wave Organ in San Francisco, a likewise seaside device amplifying the sounds of the Pacific Ocean. (images by linssimato, Lisa and J We).