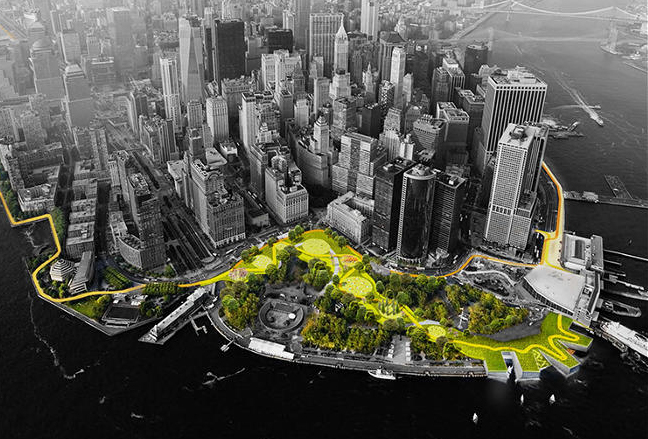 Designed to shield the exposed edges of Lower Manhattan from increasingly-disastrous storms, this impressive system of parks and other public spaces is also designed to serve the everyday needs of New York citizens. 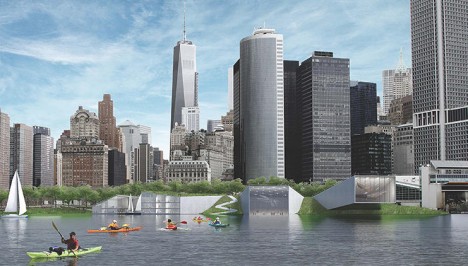 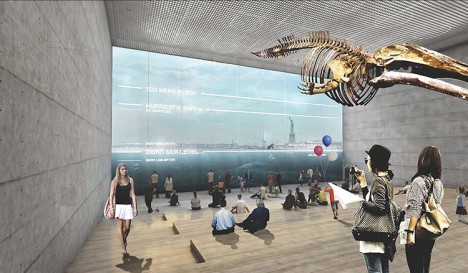 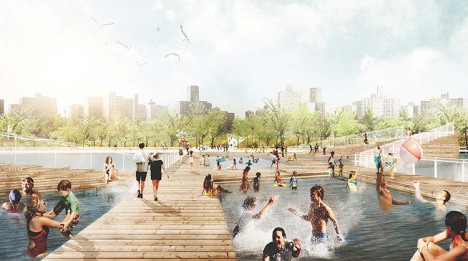 Rising sea levels and increased flood frequencies may eventually are the driving threat behind this competition entry. Big U, an urban design scheme authored by Bjarke Ingels Group (BIG) and others, is one of a set of submissions to Rebuild by Design, a competition from the U.S. Department of Housing and Urban Development (HUD). This plan calls for a series of discrete interventions that together form a protective buffer.

Jeremy Siegel, one of the project leads, elaborates: “Because they all work individually, you end up with a system that’s resilient. If you have a breach in one area, it’s localized and you can organize evacuation into neighboring compartments. It’s a little bit like the hull of a ship, where you’ve got different segments, and breaching one area doesn’t necessarily mean that the whole system fails.” 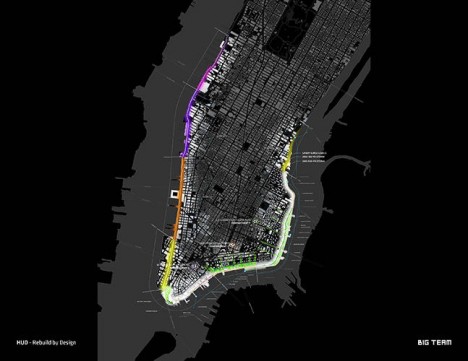 One of the advantages of this segmentation is the ability to build in sections, breaking a massive construction project down into discrete steps that can be implemented sequentially for budgeting and other pragmatic reasons. Each area features its own personality and amenities, including aquariums, swimming pools, walking paths and seasonal markets.

Learning local lessons from Hurricane Sandy (and national ones from the likes of Katrina), the architecture teams participating in the competition sought to address social as well as engineering needs. Located anywhere else and their ambitious plans might sound far fetched, but New York City is already home to Central Park and The High Line. 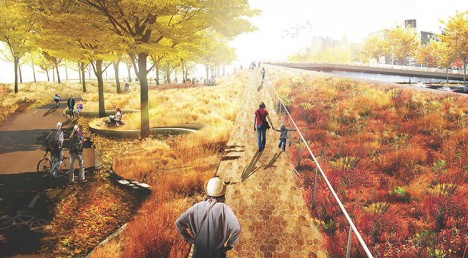 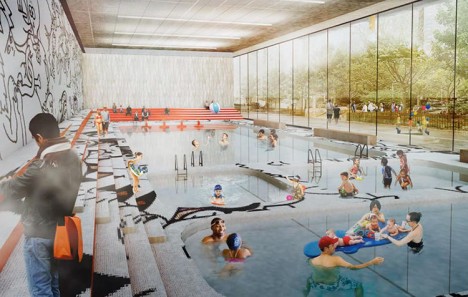 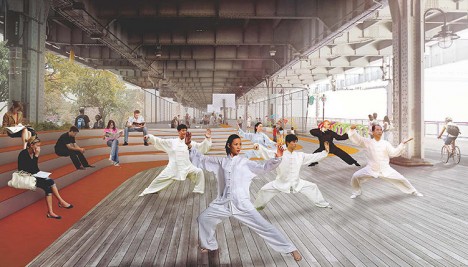 Siegel notes that, particularly in a place like NYC, “If you’re going to be investing so much money into an infrastructure for resiliency–that’s going to be sitting along one of the most spectacular coastlines in the world–there’s a huge opportunity there to also improve civic infrastructure, so it can protect the city, but also become a platform for civic life.” As for other proposed schemes, you can see and read more about the finalists and (eventual) winners at Rebuild by Design.