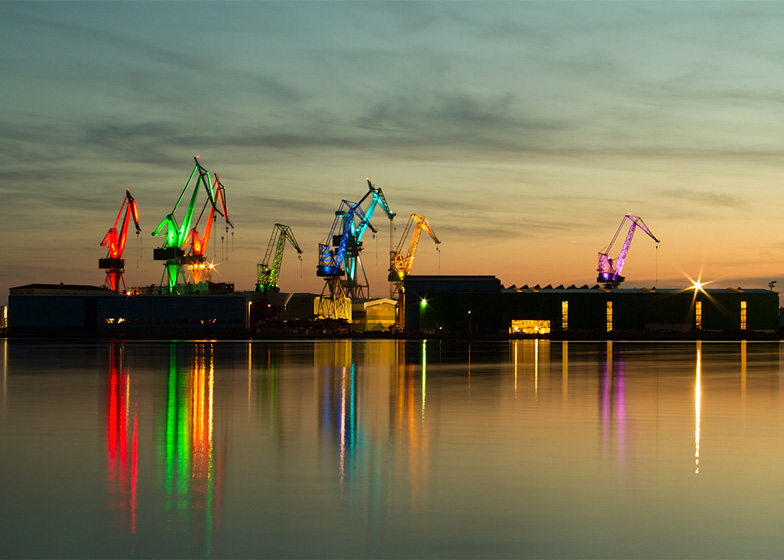 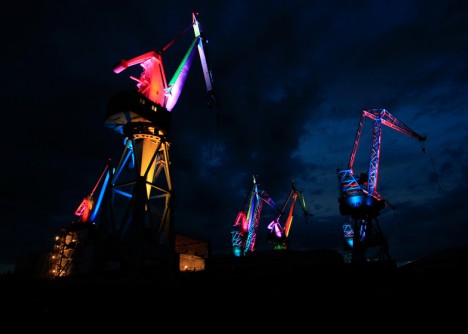 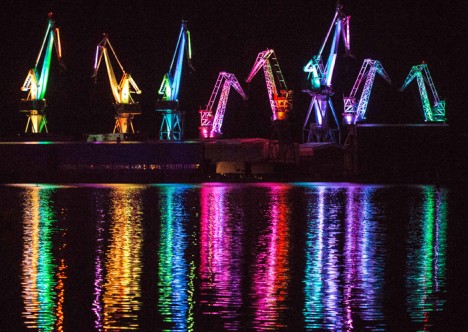 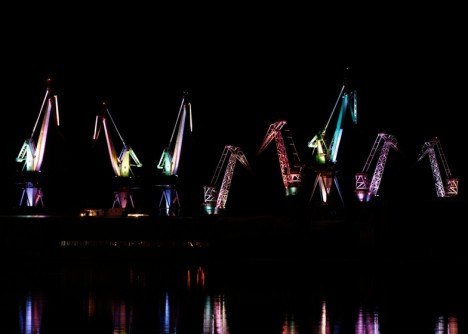 Located in a major Croatian shipyard, the show involves a shifting spectrum of illumination that ranges from pure white to wild rainbows, all directed up into the rugged frameworks of industrial monstrosities. 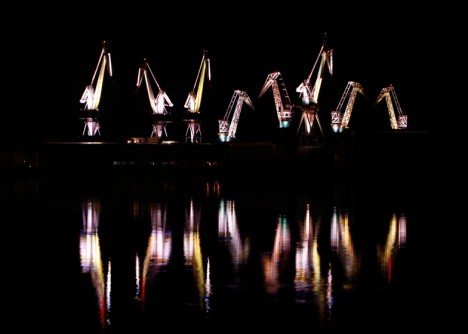 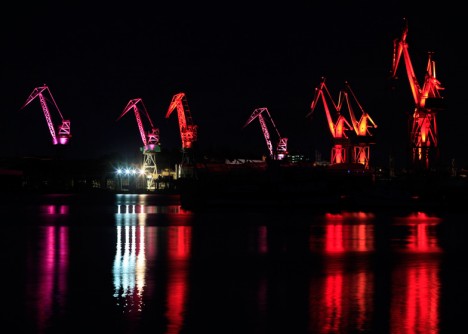 The installation, funded by the ministry of tourism, was in part a response to calls for the relocation of the shipping infrastructure, seen by many as an eyesore. Instead of doing away with the cranes, a part of local industry and history, this work celebrates and highlights them. 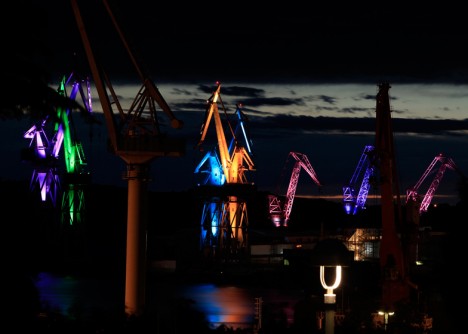 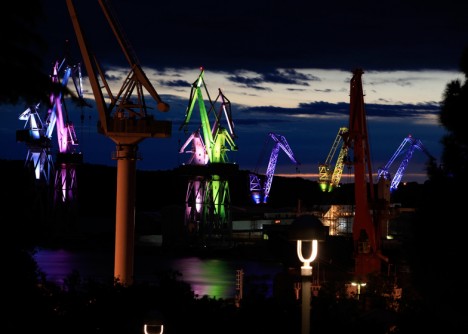 About the artist: he is a “lighting designer with over twenty years of experience in designing innovative lighting solutions for urban, landscape, commercial and residential spaces. Even in his early childhood he was fascinated by light and its sources, strongly influenced by his father’s professional work in stained glass. He promotes an architectural lighting design concept that goes beyond utilitarian where lighting can have high impact on person’s emotional states.”