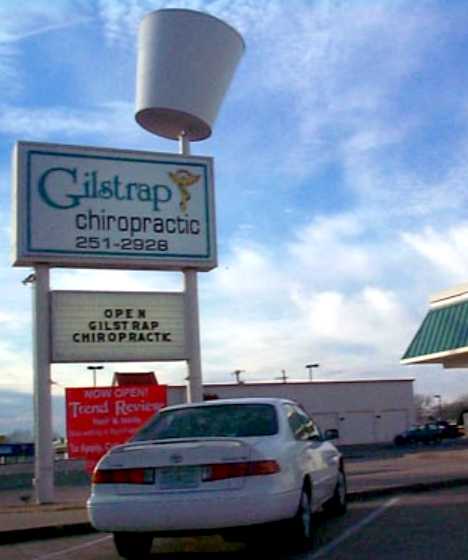 (image via: The Seventh Sense)

Once upon a time there was a website called Not Fooling Anybody, whose mission was to out new businesses that take over the premises of architecturally-branded businesses while doing the least possible to mask the identity of the former occupants. The poster child for Not Fooling Anybody has to be Gilstrap Chiropractic… for obvious reasons. Geez Gilstrap, how hard would it be to make the bucket look like a giant vertebrae?

(images via: Marcus Wong and broc.coli)

Maybe it’s standard practice in Australia to black out all corporate signage (and roofage, for that matter) once a location is closed or abandoned, maybe not. Either way it sure looks creepy! This locked-up KFC in Morwell, Victoria, Australia was abandoned sometime before May of 2007 and was finally demolished sometime in late 2011. 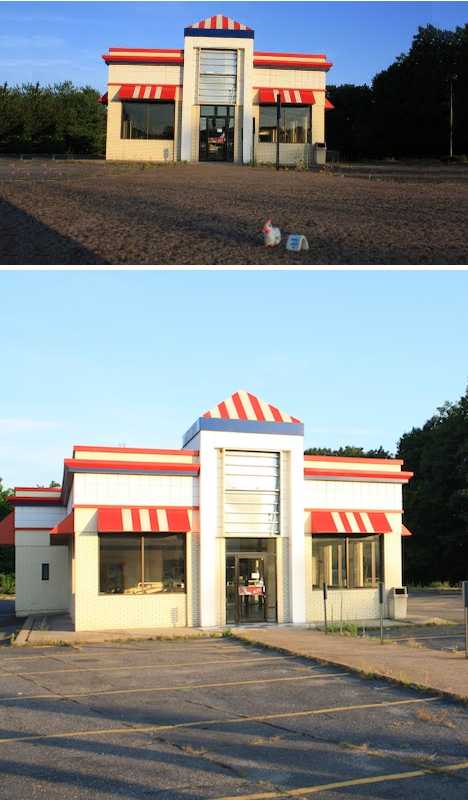 (images via: The Abbot of Unreason)

Windsor, Connecticut: where the women are manly, the men are hungry, and the KFC is closed… at least, this one is and judging by the weeds growing out in the parking lot it’s been closed a long time. Shows you what years of spilled secret herbs and spices can do. 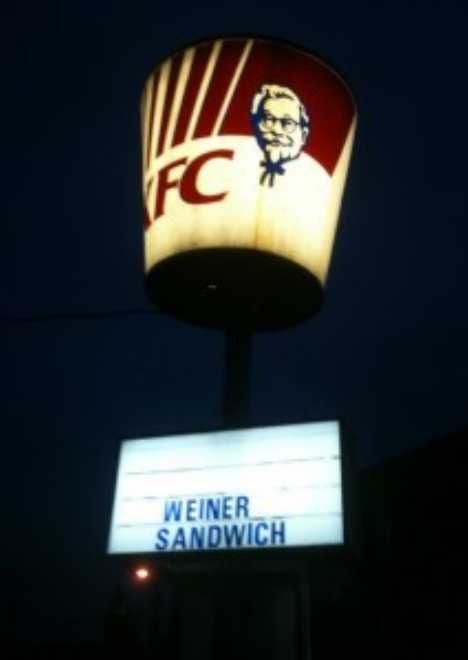 We’ll end as we began, with a bucket of despair. The above image encapsulates the fuzzy befuddlement of a joke no one gets… and to the best of our knowledge, no one ever got a weiner sandwich at KFC. Not YET, at least – if the Double Down was a success then anything goes. Weiner sandwiches? In a bucket? Shut up and take my money!