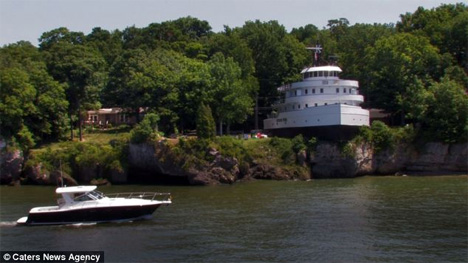 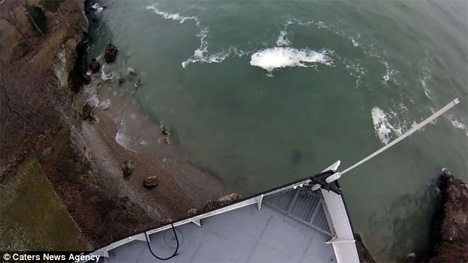 Once, this ship transported people like Henry Ford and Thomas Edison around the Great Lakes, though its main purpose was to transport coal and iron for the Ford Motor Company. Now, it’s a private residence overlooking Lake Eerie from a small island. The 1924 ship was decommissioned in 1981 and converted in 1986, its interior restored. All equipment in the pilot house was left intact so guests can look out onto the water and feel as if they’re really steering the ship.

Seaside House on a Pole 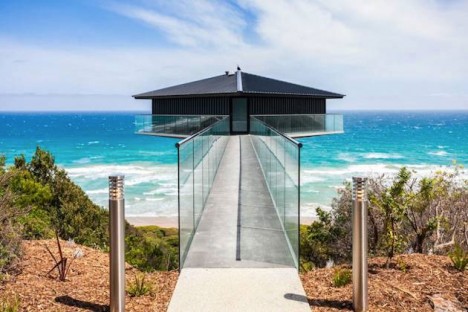 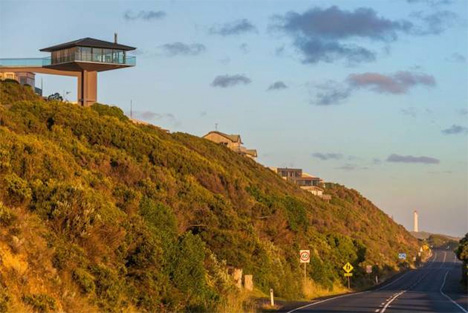 Resembling an oversized lifeguard stand, the Pole House by F2 Architecture is one of Australia’s most iconic and well-photographed homes. Set high above ground level on a steel pole, the home is accessible by a walkway with glass balustrades. The rentable one-bedroom vacation home has retractible glass walls to balance privacy with the ability to take in those gorgeous views. 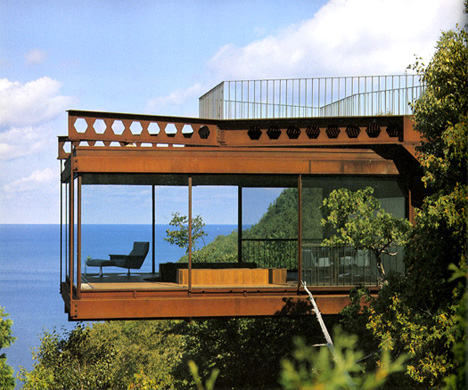 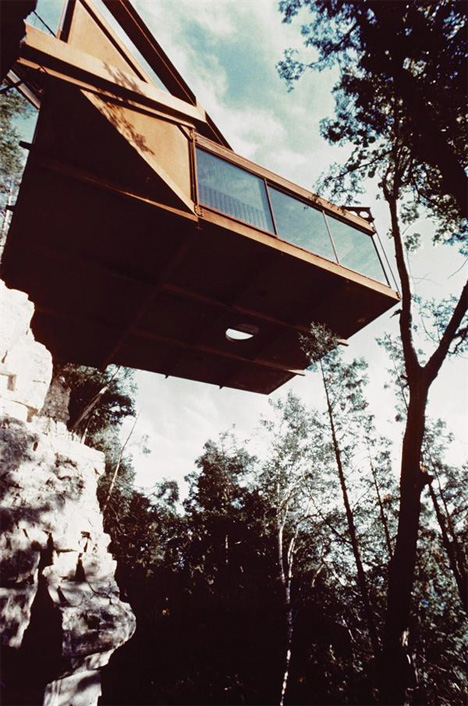 This classic by Harry Weese & Associates was built in 1969, with a rusting glass box jutting out over Ellison Bay in Wisconsin. 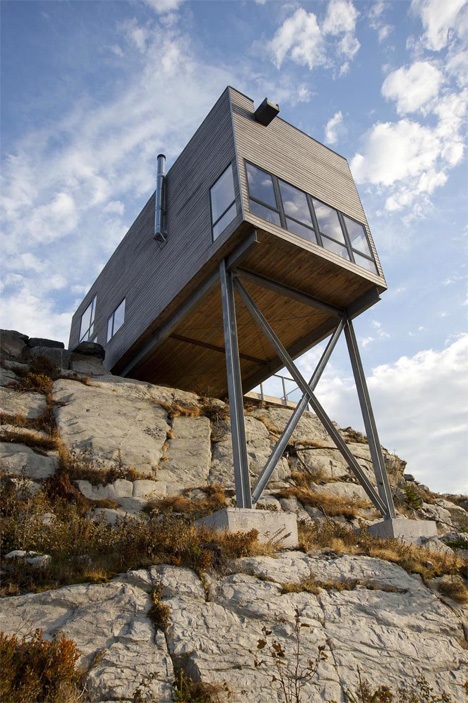 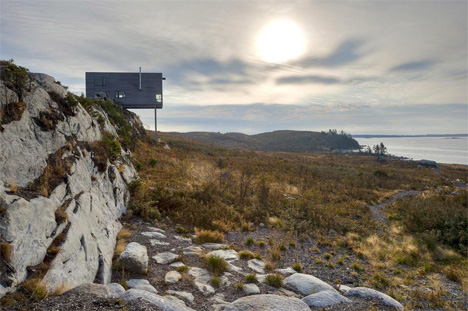 MacKay-Lyons Sweetapple designed this 960-square-foot home, half-set on the Nova Scotia cliff, its other half hanging out over the coastline. The dramatically cantilevered volume is “precariously perched off a bedrock cliff to heighten one’s experience of the landscape through a sense of vertigo and a sense of floating on the sea,” say the architects.