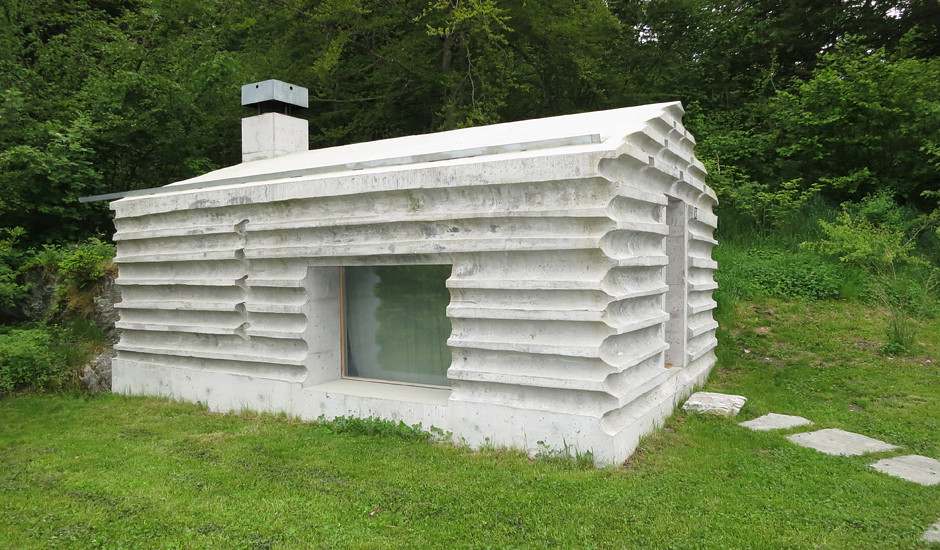 Using the existing logs from a previous cabin structure as formwork, this retreat manages to retain the scale and textures of its predecessor in a dramatically modern new building. 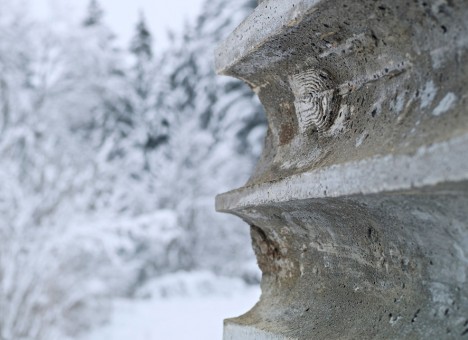 Nickish Sano Walder Architects sought to preserve elements of this Graubünden, Switzerland holiday home, leaving visible the voids left by rounded horizontal wood walls, circular depressions of crossbeams and infilled chimney sticking out the top. Those familiar with the work of Rachael Whiteread may recognize this radical approach previously applied in an artistic context. 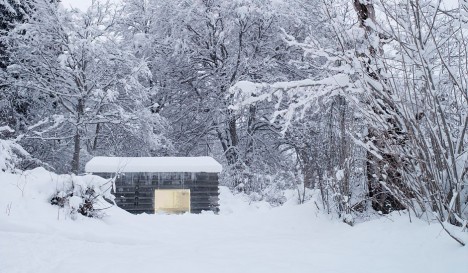 A description from the designers: “From a distance Refugi Lieptgas looks like a traditional wooden hut. Taking a closer look you will actually find that this cabin is made of concrete. The old barn that stood here previously characterises the appearance of the new building. By using the logs of the block construction as a formwork for the concrete a fossilized version of the old barn has been created. An unusual holiday home for two people – both romantic and modern.” 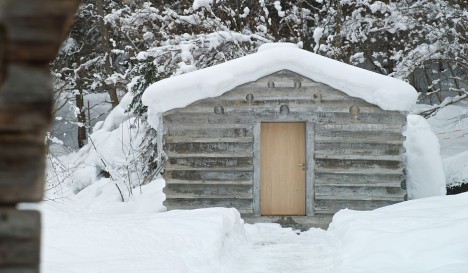 On the exterior, the only piece of wood visible is a newly-installed front door which serves as a stark contrast to its cement-colored surroundings. Inside, light wood trim is set against gray interior concrete and exterior stone. 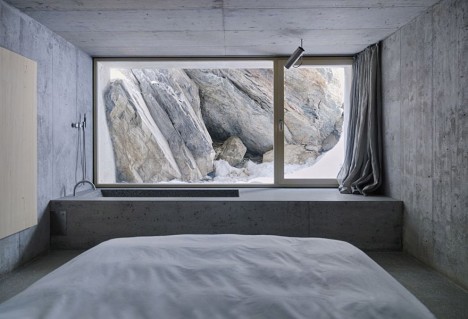 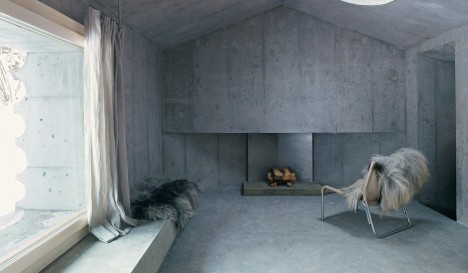 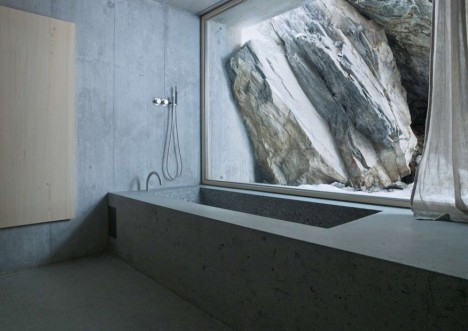 Love it or hate the new incarnation, the previous structure literally left its impression on this replacement, all without leaving a physical trace in the form of its actual materials. Alas, the former life of the building is less visible on the inside – a missed architectural opportunity, perhaps.