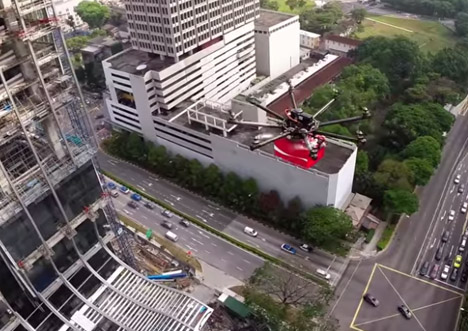 The thousands of migrant workers building Singapore’s skyscrapers got a special treat in the form of a drone-delivered Coca-Cola, thanking them for their hard work. The soda company teamed up with ad agency Ogilvy & Mather and the Singapore Kindness Movement to deliver “Happiness from the Skies.” 2,500 workers got cans of Coke attached to photographs of grateful messages from Singapore citizens, like “We wouldn’t have a roof over our heads if not for you guys. Thank you!” 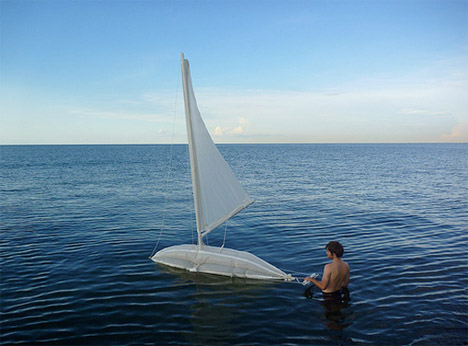 Eight prototypes of sailing drones cruise around the Gulf of Mexico seeking out oil from the Deepwater Horizon spill and other forms of ocean pollution. Protei drones have long, absorbent tails that take up the oil as they sail, preventing human workers from being exposed to toxic substances. Other forms of the ‘ScoutBots’ pick up plastic pollution or merely cruise around for fun. 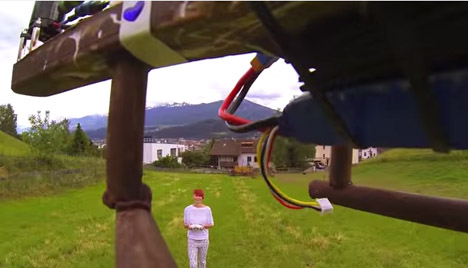 ‘DIY Drones’ user Mike C has created the world’s first chocolate quadcopter. Why? Perhaps the better question is, why not. Says Mike, “First we made a silicone mold from a wooden prototype. The motors and the flight controller were mounted on extended steel spacers. ESCs and the battery were taped to Styrofoam spacers. This prevents the chocolate from direct contact with the hot components and helps increase the life expectancy of the copter.”

“The spacers of the motors were placed in position before the mold was filled with delicious, molten chocolate – this was probably the easiest way to attach the motors to the frame. After spending some hours in the fridge the frame was set and ready for the maiden flight. Needless to say the landing gear was made out of chocolate as well.
And it worked! It flew as stable and smooth as any other copter.” 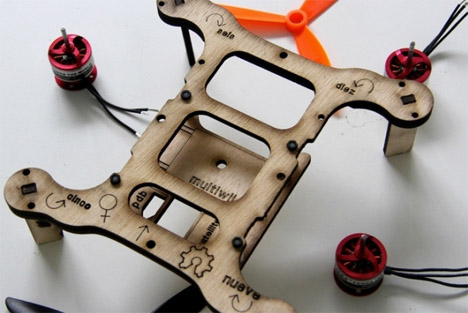 Send your smartphone on a fun journey to take photos of the surrounding area with ‘Flone,’ created to make public air space accessible to anyone before laws are enacted that make it illegal to ‘occupy’ that space. An H-spaced wooden platform holds a smartphone so it can take aerial photos and video up to 20 meters above the ground. It’s controlled by another smartphone, and the creators are working on a software interface.