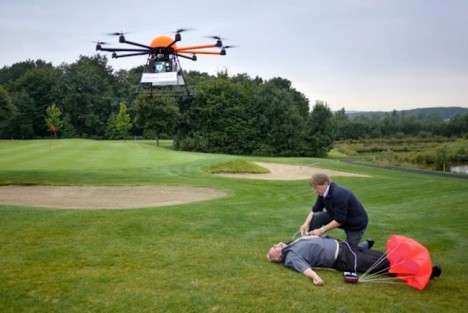 A swiftly delivered defibrillator could save lives, especially since these machines are so pricey they’re usually only available in places with high pedestrian traffic, like airports. The Defikopter delivers a defibrillator to heart attack victims much faster than emergency responders, heading straight to the emergency location at speeds of up to 43 miles per hour. 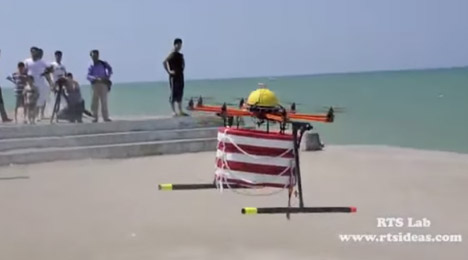 People who attempt to save others who are drowning are at risk of drowning themselves – and often, they just can’t make it there on time. What if a robot could simply deliver life preservers with the touch of a remote-control? The lifeguard drone prototype by Iran’s RTS Labs can fly for 10 minutes on a single charge, providing immediate help to anyone whose life is in peril. A heat camera could potentially be added to help with targeted flotation device drop-off at night and in choppy waters. 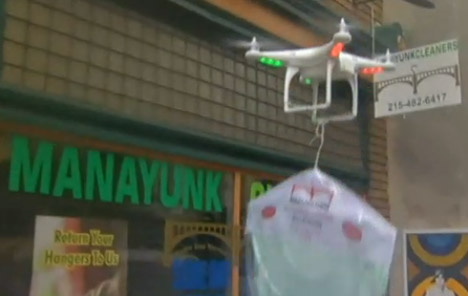 A dry cleaner in Philadelphia is currently using drones to deliver finished garments to its customers. The 24-year-old owner of Manayunk Cleaners, Harout Vartanian, converted a four-bladed DJI PHantom quadracopter to launch clothes from the sidewalk to a nearby destination using a makeshift hanging clip. “We fly it to your house, it makes a noise, you pick it up and that’s that,” says Vartanian. 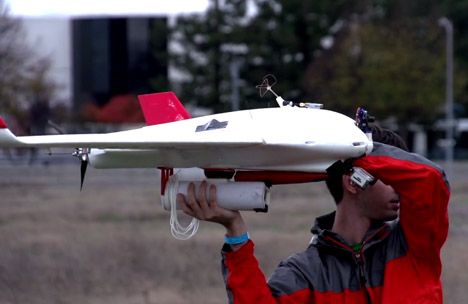 A burrito is better than a bomb any day. Say the creators of the Burrito Bomber, the world’s first airborne Mexican food delivery system, “We believe everyone deserves carne aside when they want it and so today, we make that dream a reality.” The burrito is placed inside a parachute-equipped tube, attached to a drone and directed to the intended destination.