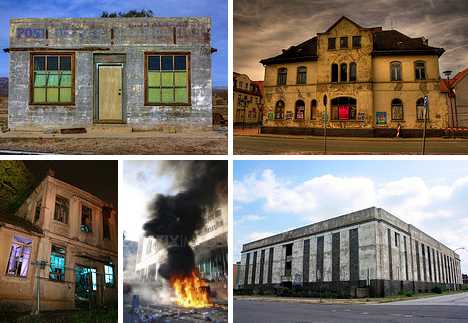 Since the only thing rapid about “snail mail” is the speed it’s fading into disuse, no one should be surprised at the growing number of abandoned post offices. These once-proud centers of commerce and communication are, one by one, following video rental stores and record shops into irrelevance and extinction. 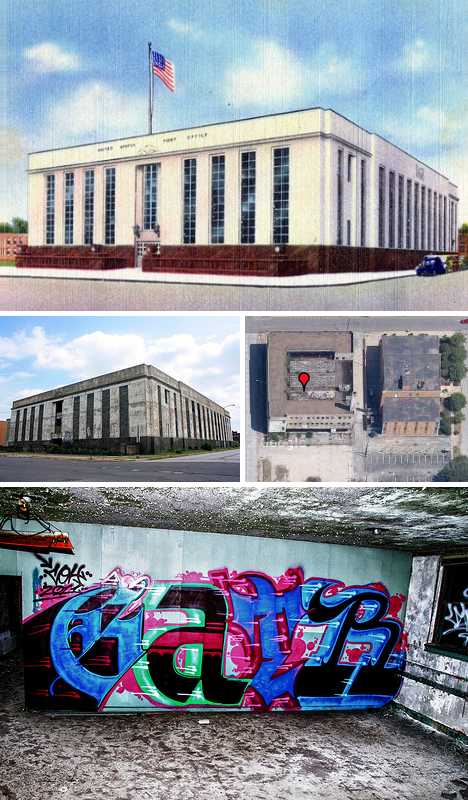 (images via: American Urbex and RickDrew)

Like the 800-pound gorilla in the room, we need to get the enormous abandoned Gary Post Office out of the way… something the (remaining) residents of Gary would love to do in actuality. Opened in 1936 as a milestone of FDR’s New Deal construction program, this rambling wreck closed in the 1970s and is now a millstone around the long-suffering city’s neck. 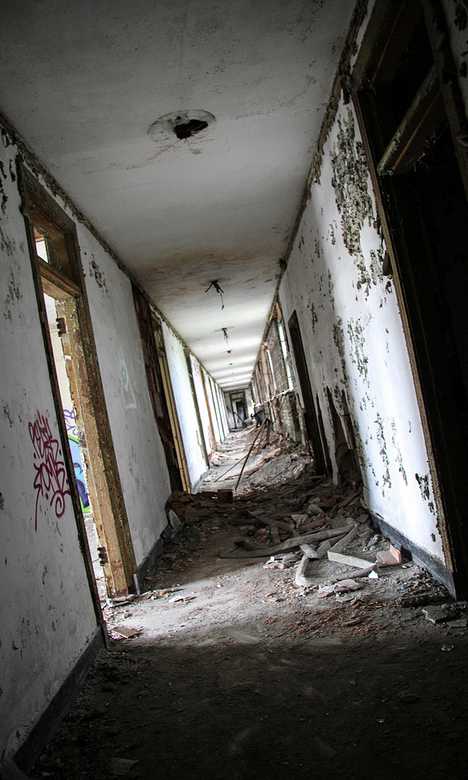 Located at 601 Massachusetts St. at Sixth, this awesome Art Deco colossus was designed by architect Howard Lovewell Cheney. The building boasts a marble base marred by graffiti and the partial loss of its roof has allowed decay to rapidly accelerate inside. At least the trees have more light now. 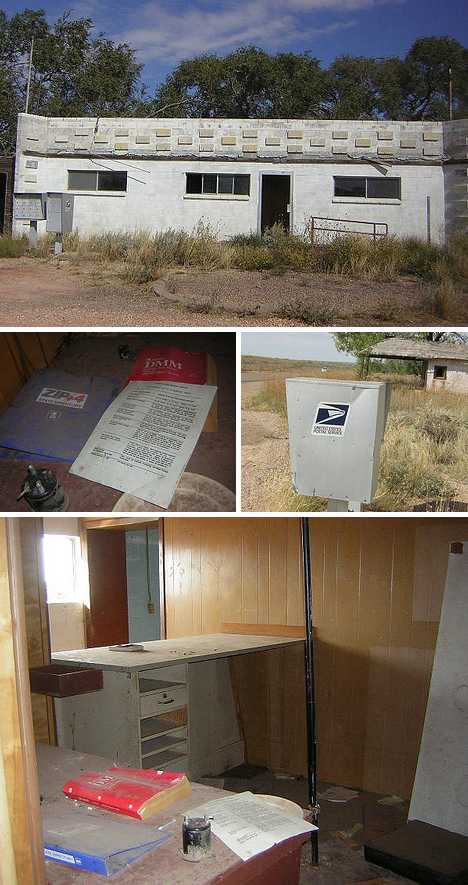 The unincorporated community of Glenrio sits astride the Texas – New Mexico state line with the now-closed post office on the New Mexico side. Built in 1935 when bustling Route 66 was funneling Dust Bowl refugees westward, the post office’s fortunes faded fast after September 1973 when I-40 bypassed the community to the north. Thanks go out to Flickr user JuneNY for documenting Glenrio’s long-shuttered post office as well as other features of the National Register of Historic Places-listed historic district. 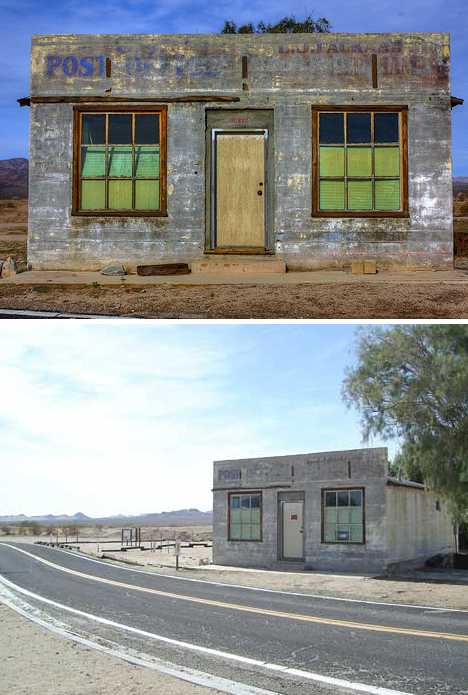 The Mojave Desert ghost town of Kelso regained some life in 2005 when the circa-1923 restored Kelso Railroad Depot re-opened as the Mojave National Reserve’s visitor center. This explains why the street separating the Depot and the Kelso Post Office is in a reasonable state of repair sporting freshly painted lines. 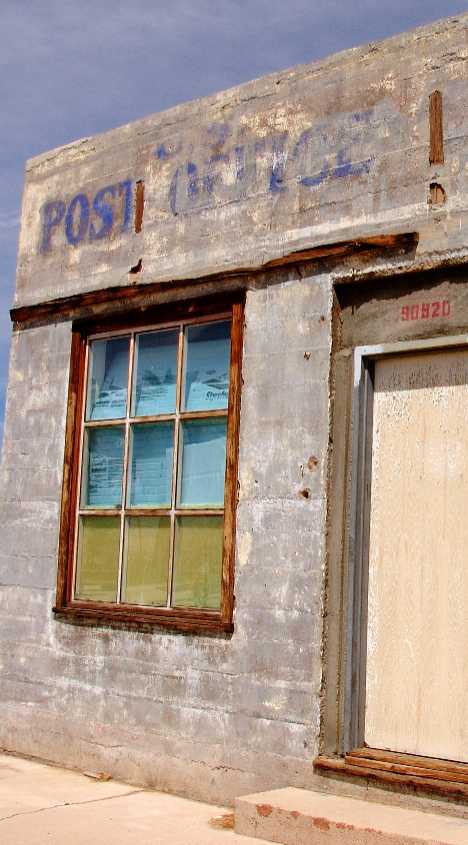 A popular subject for photographers both amateur and professional, the Kelso Post Office closed in 1962 and looks as weatherbeaten as a half-century in the high desert would lead one to expect. This image, courtesy of Pierre Camateros, shows the warts-and-all rugged beauty of the structure, which still proudly displays Kelso’s original 90920 zip code.