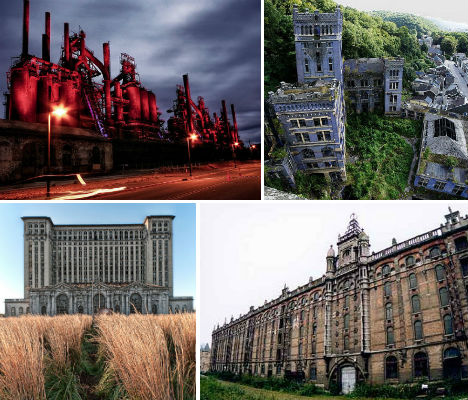 These castle-like structures, skeletal high-rises and rusting remains of the golden age of industry are monuments to themselves, still standing despite decades of neglect. Formerly factories, offices, corporate headquarters and industrial facilities, these 7 commercial and industrial sites contain clues to their former purposes among all the rubble, overgrown greenery, peeling paint and other effects of abandonment. 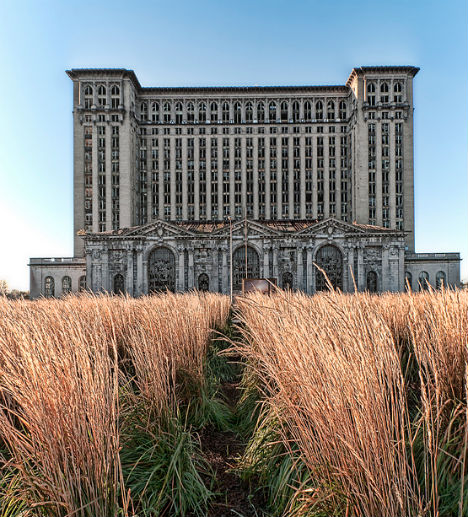 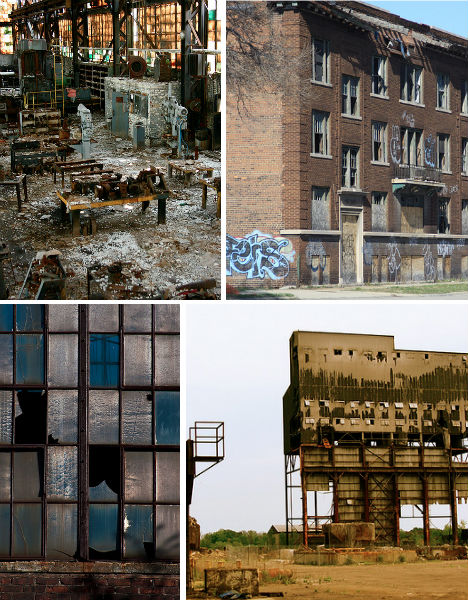 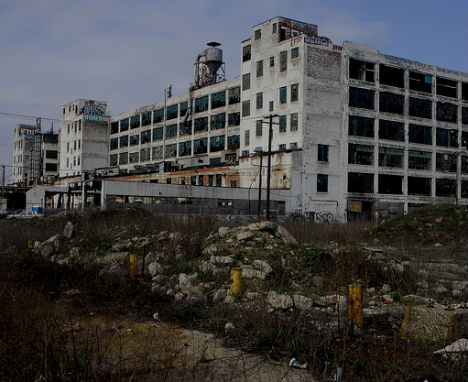 When it comes to Detroit, how can you choose just one standout abandonment? The city is, in and of itself, a jaw-dropping wonder of architectural decay. Once it lost its identity as a manufacturing mecca, Detroit also lost a large number of its residents, leaving block after block abandoned, with few signs of life in between. Once the fourth-largest city in the United States, Detroit is now filled with towering structures that have been left as they were when last used, often full of the ephemera of life. These include a number of high-rises – the most notable being Michigan Grand Terminal, pictured above with an overgrown lawn – and burned-out factories.

In 1950, Detroit had a population of nearly two million; today, while similar cities have grown exponentially, this one is down to less than 900,000. The fact that the city has become something of an urban Wild West doesn’t exactly encourage new residents to purchase decrepit properties and return them to their former glory. The number of abandoned buildings standing in the city currently numbers around 70,000. 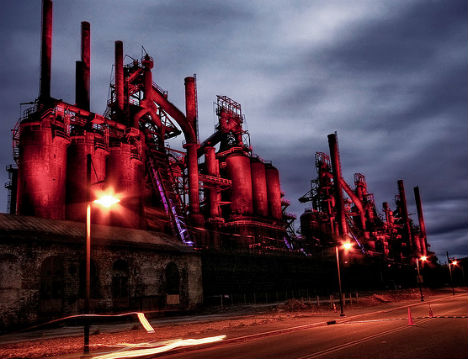 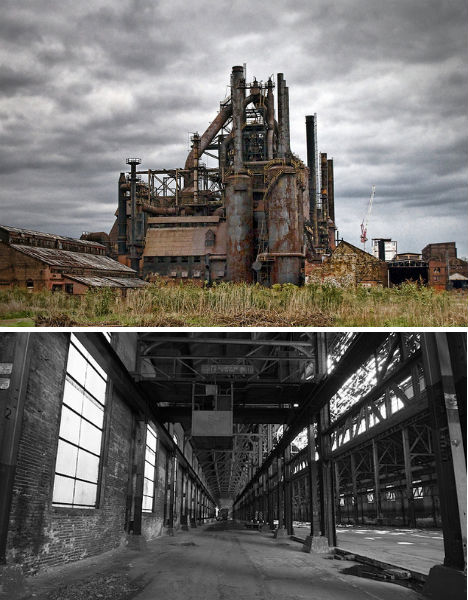 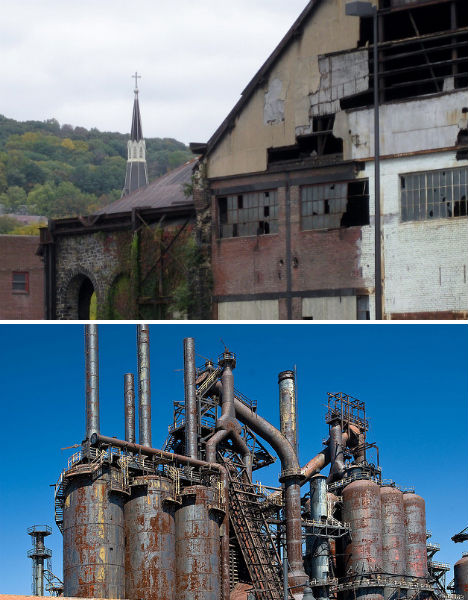 Once the second-largest steel producer in the United States, Bethlehem Steel began work on a large facility in Bethlehem, Pennsylvania in the 1860s that was at the forefront of manufacturing innovation at the time. Its towering facilities made it a symbol of the industrialized future of America. During World Wars I and II, it was a major supplier of armor plate to the U.S. Armed Forces, making components of weapons like large-caliber guns. But by the 1990s, America’s steel industry began to decline, and companies like this could no longer compete with cheap foreign labor.

When Bethlehem Steel closed its local operations, it laid out a plan for its 163-acre site for cultural, recreational, educational, entertainment and retail development, to reduce economic impacts on a city that had long relied on steel manufacturing for prosperity. However, the company went out of business and the land was sold to a developer that has turned it into a casino. Ironically, the casino had difficulty coming up with the 16,000 tons of steel needed to build its new $600 million complex, so it only finished one building. Some of Bethlehem Steel’s old manufacturing structures were demolished, but furnaces and gas blowing engine house still stand. 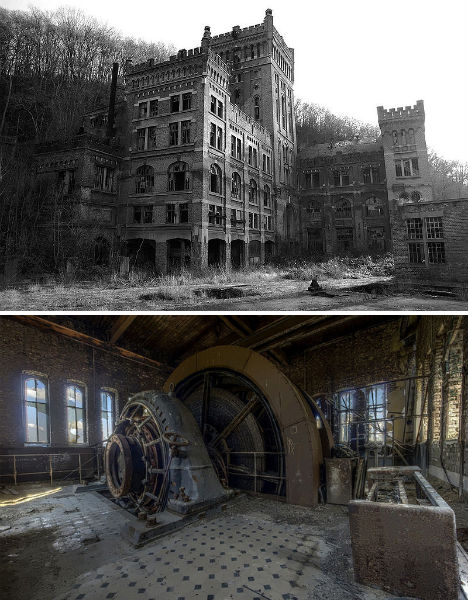 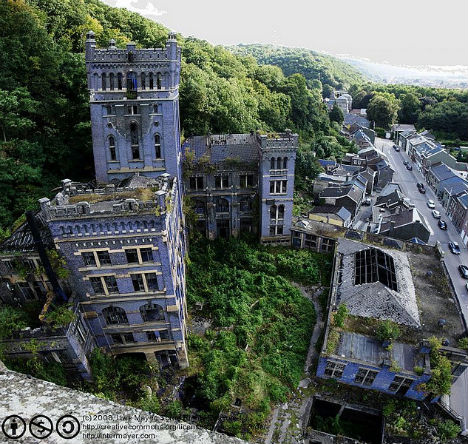 One of the most popular abandoned sites in Europe among urban explorers, the Hasard Cheratte Coal Mine in Belgium looks a bit like a crumbling castle. The facility dates to the 1860s, and was formerly one of many such mines in the coal basin of Liege. Make your way inside and you’ll find the hulking remains of industrial equipment and heavy mining machinery and lots of long, dark brick-lined passageways. Abandoned since 1977 and now a protected heritage site, the complex still contains such small items as books and work gloves. The largest ‘castle tower’ sits over the deepest mine shaft at the facility, which plunges a mind-boggling 1,574 feet into the ground. See photos of the interior at 28 Days Later.