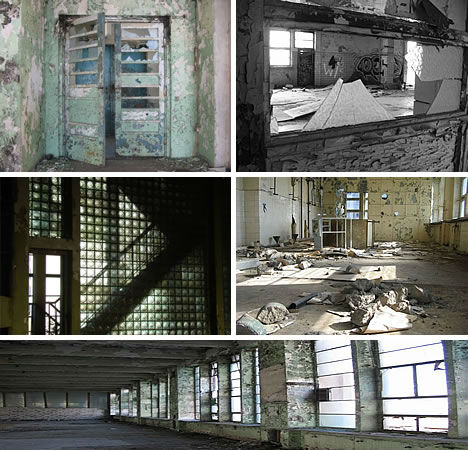 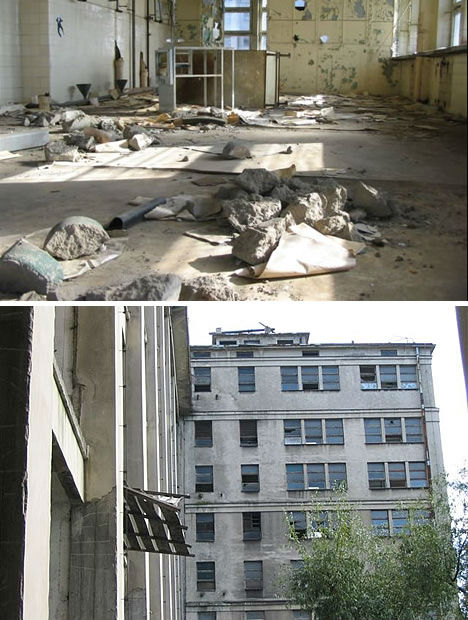 You probably don’t want to go inside this complex. The abandoned fluorescent light factory in Warsaw, Poland once manufactured mercury lamps; it was in the midst of renovation when astronomic mercury contamination levels put its modernization to a halt. Pools of mercury had collected under the floors, poisoning many workers. The factory was also occupied by the Nazis during World War II and used to produce transceiver equipment for submarines, tanks, and aircraft. During the Warsaw Uprising in 1944, Polish insurgents took it back.

As dangerous as it is, urban explorers have still made their way inside to photograph the peeling paint, rusted fixtures, rotting wood and broken glass. Documents, blueprints and bottles still full of chemicals are still scattered all over the building’s ten floors and basement level. The more valuable items, like toilets and sinks, are long gone. 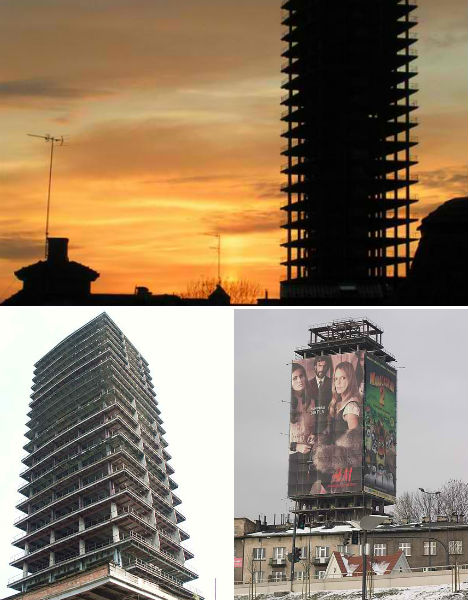 Named after the He-Man villain Skeletor for its skeletal and arguably sort of evil appearance, Szkieletor Tower in Krakow, Poland has stood like a bleak lookout over the city since 1981. Construction began in 1975 on what was supposed to be the regional office of the Main Technical Organization, but halted six years later due to economic constraints, political unrest and the imposition of martial law in Poland. This history combined with its looks give Szkieletor an ominous feel. Though little more than a shell, it remains the tallest building in the city at 24 stories.

This tower was supposed to have a twin, and together they would have acted as a gateway to a skyscraper district in Krakow known as ‘Polish Manhattan.’ The original deadline for the entire project of Polish skyscrapers was 2005, but hopes for its future glory faded in the 1980s. Passing from one owner to the next, the building never seems to get past planning stages for renovation. A 2010 plan to turn it into a hotel has fallen flat. Instead, the building remains covered in massive billboards, a ham-fisted attempt to improve its looks and capitalize on its continued existence. 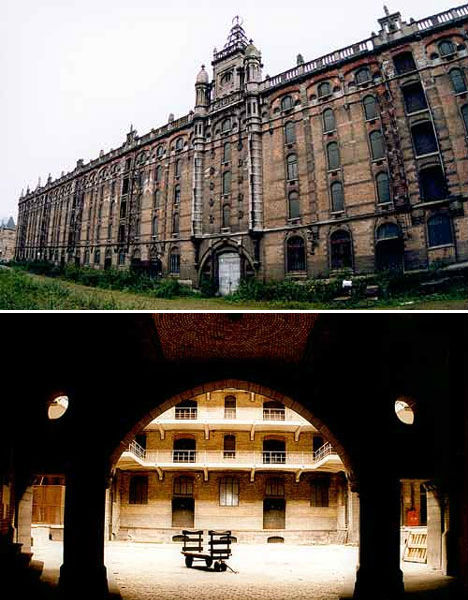 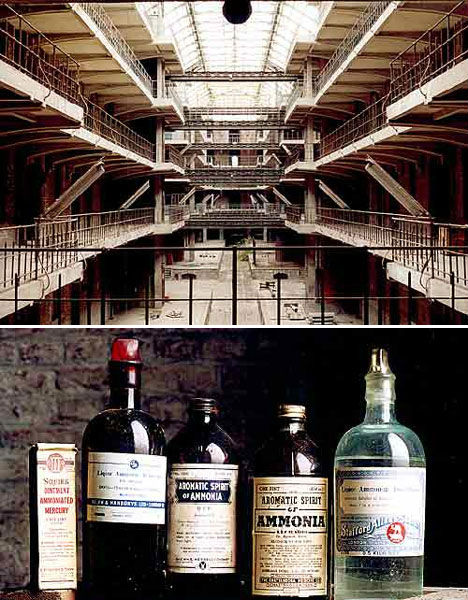 Known locally as ‘The Prison’, Brussels’ Warehouse B is just one part of a sprawling multi-purpose transport center that was built in the early 20th century to house the Customs Administration, a railway station and a number of companies trading goods like tobacco, wine and beer. While some of these buildings are still maintained and occupied, Warehouse B has remained empty despite its beauty and historical worth. Serving as a warehouse for customs, the brick and stone building was used until 1987 for Customs storage, including confiscated goods.

The looks of the interior, including courtyards, metal security grates and many small, dark rooms, made it look a bit like a prison – so perhaps it’s no surprise that it was temporary used for this purpose by the Germans during World War II. 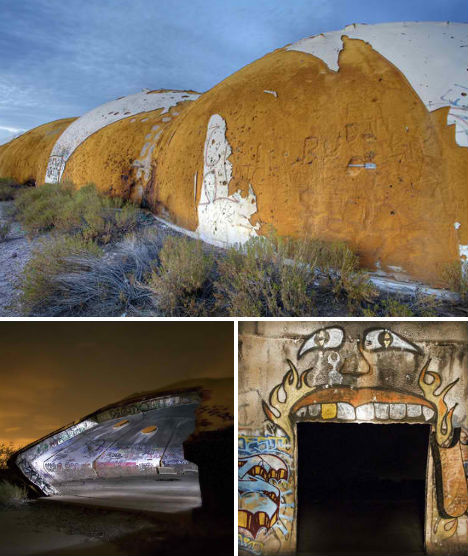 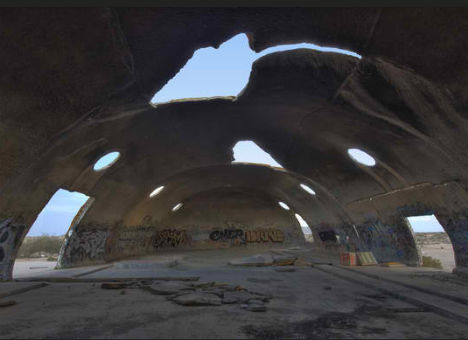 Today, ‘The Domes’ of Casa Grande, Arizona look like the remains of some sort of sci-fi movie set. Any one of these round buildings could suddenly lift off the ground and zoom away into the atmosphere like a UFO. Built for computer manufacturing in the early 1980s for a facility that was never completed, they’ve just sort of been left to rot in the desert. InnerConn planned to build circuit boards here, and spent about $150,000 on each of the polyurethane and concrete domes. The idea was that they’d be more insulated in the desert climate, leading to lower maintenance costs.

According to local wisdom, you just shouldn’t go out there – cue obligatory whispers about ghosts and Satanic rituals – but judging by all the graffiti, many people go anyway. Many of the ceilings are falling in, and The Domes were an illegal dump site for years, making them a pretty dangerous site.