What better place for “survival of the fittest” to be played out than in Darwin, California? This hardscrabble former mining town on the edge of Death Valley saw its population peak at around 3,000 back in 1877 but it’s been all downhill since then. The Outpost, built in 1920, was originally a pool hall before becoming an all-purpose general store, gas station and post office. 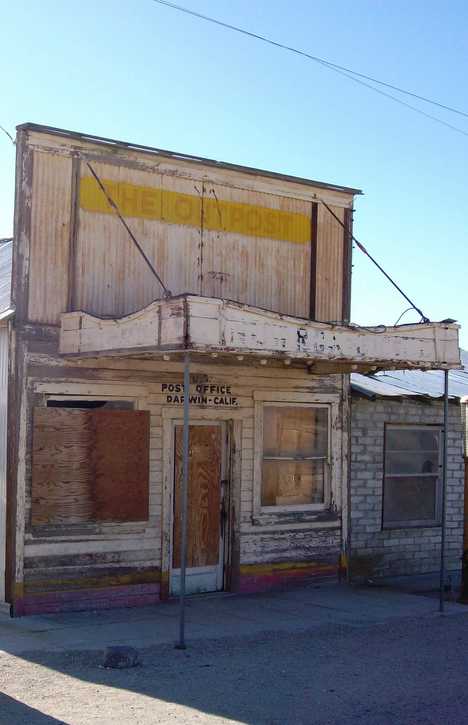 Darwin epitomizes the concept of “boom or bust” with mining booms alternating with devastating fires over the last decades of the nineteenth century and the first few of the twentieth. When the last mines closed down in the 1970s, Darwin embarked on its final decline to its current ghost town status and ghosts, as anyone knows, neither send nor receive mail. 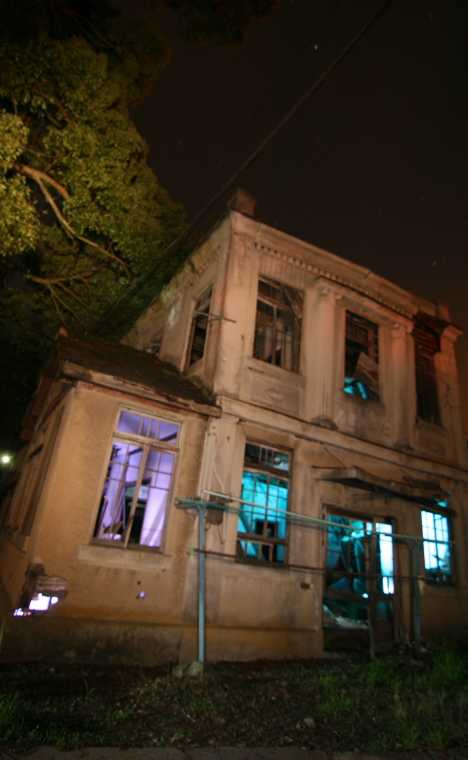 The Japanese city of Okayama was extensively bombed near the end of World War II but the derelict post office above somehow managed to evade the U.S. Air Force’s best efforts. Nowadays Okayama boasts a population of just over 700,000 and more than a few post offices, though the spooky structure above seems to have found a second life fronting somebody’s laundry rack. Kudos to photographer Trevor Williams for adding extra light and life to this long-forgotten postal place. 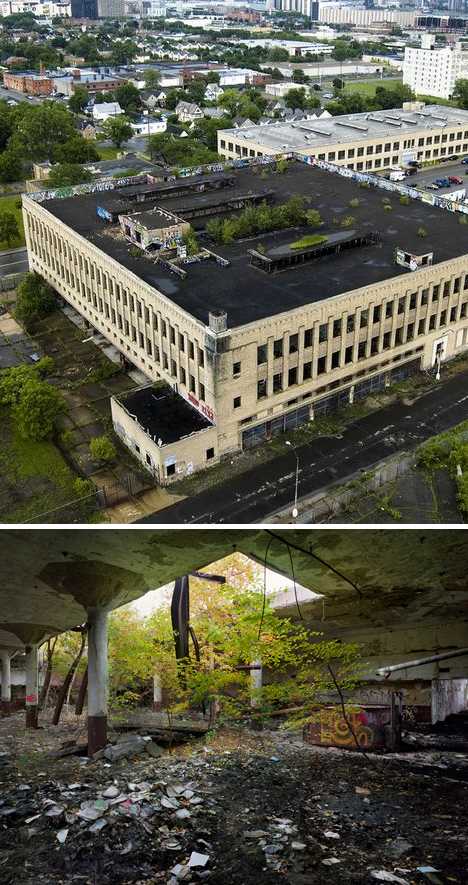 While it’s been many decades since the building known as the Roosevelt Warehouse or the Detroit Public Schools Book Depository saw a letter pass through its cavernous catacombs, the outwardly attractive building was once Detroit’s main post office. Mail would come and go through an underground tunnel connecting the post office to Michigan Central Station and the trains it serviced in years gone by. 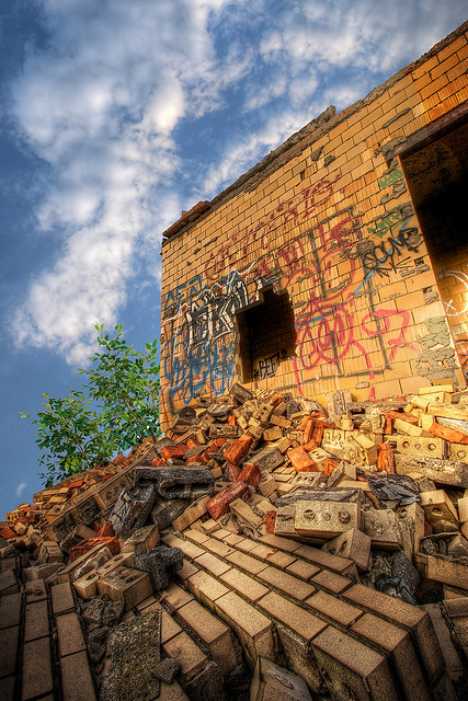 The system worked well when people traveled by train and communicated by mail; take those two fundamentals away and you’re left with today’s post-apocalyptic ruins. The warehouse, designed by famed architect Albert Kahn, caught on fire in 1987 and in the aftermath the Detroit public school board essentially walked away from the building. Millions of dollars worth of unused books and school supplies now moulder in silence while vegetation takes root in the rotting wood pulp and nitrogenous ash. Shane Gorski‘s eye-popping Flickr photo set brings out the eerie beauty lurking within the building’s vast and monumental devastation.