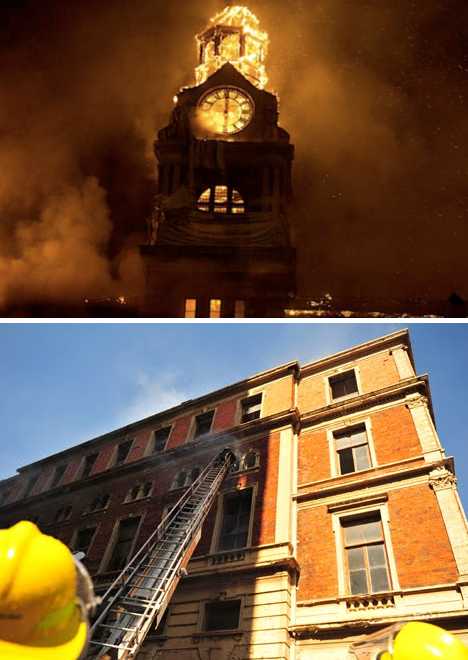 (images via: Nothing To Do In Joburg Besides… and Neil McCartney)

The historic post office building Rissik Street in downtown Johannesburg, South Africa has been abandoned since 1996 and efforts are underway to preserve and possibly restore the ornate edifice built in 1897 to some aspect of its former glory. It’s not an easy task, however, as chronic wrangles over funding race against the worst efforts of vandals, squatters and illegal metal salvagers. 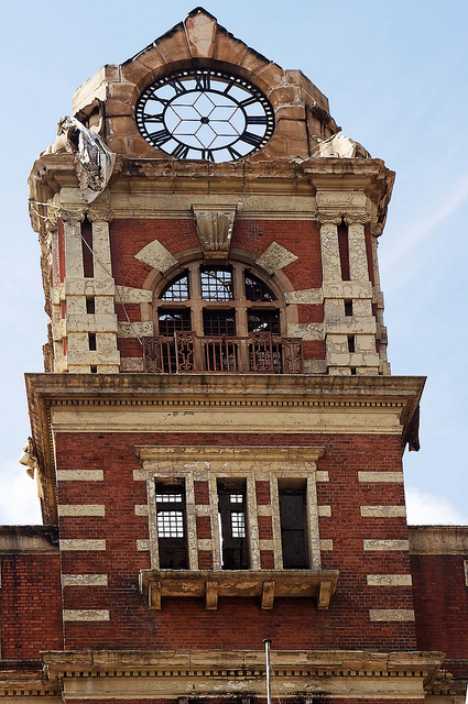 The latter are being blamed for a series of fires that have added insult to injury at the Old Rissik Street Post Office… and you thought flame wars were limited to email exchanges. “I’m equally furious and despondent,” stated heritage architect Henry Paine after a fire in November of 2009. “The clock was stolen 10 years ago – and the bell in the clock was an actual replica of the small bell in Big Ben. There has been a gradual dismantling of the building over 10 years.” 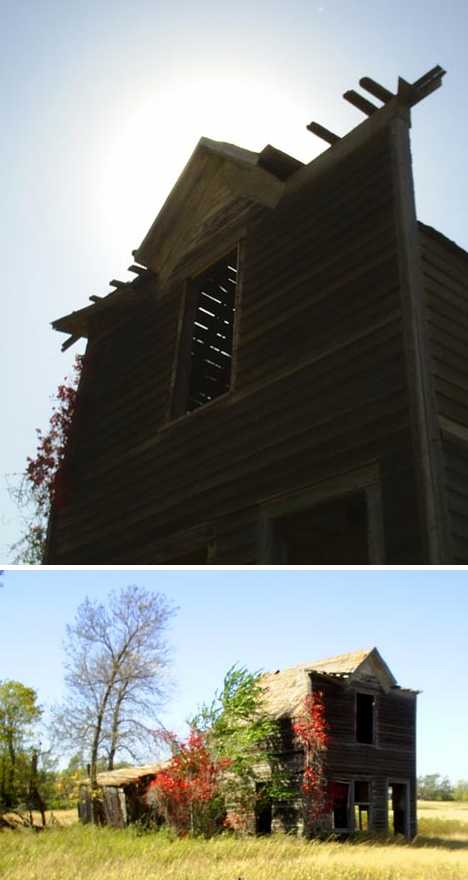 Founded in the early 1880s, the tiny town of Sanger, North Dakota never grew very large though the USPS deemed it to be suitable for the local area post office. Like many North Dakota towns, however, Sanger never really recovered from the Great Depression of the 1930s and its population gradually declined. The post office closed for good in 1965 and the last two residents left in the 1980s. 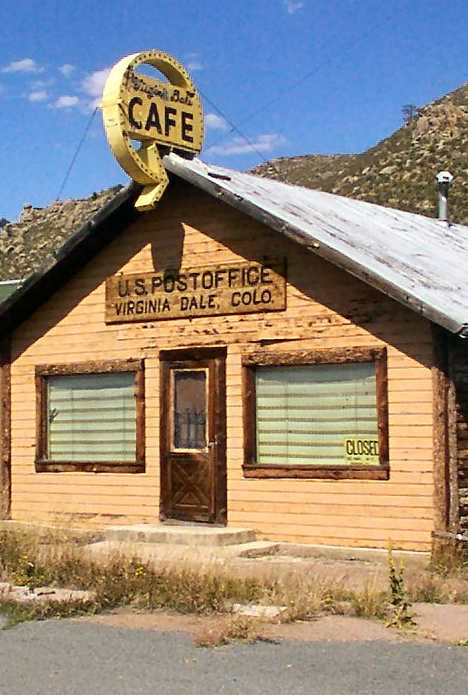 The tiny and picturesque Rocky Mountain foothills town of Virginia Dale, Colorado was established in 1862 as a stagecoach station on the Overland Trail to California. Once the Union Pacific Railroad began operations in 1867, the stage station was abandoned but settlement of the town commenced. Among the many wood buildings surviving from Virginia Dale’s early days is the combination post office and cafe (“a meal with your mail”), which closed in the 1990s but remains in respectable condition.

Virginia Dale’s post office cafe was the subject of a recent FARK.com photoshop competition, some of the more amusing results of which are shown above.