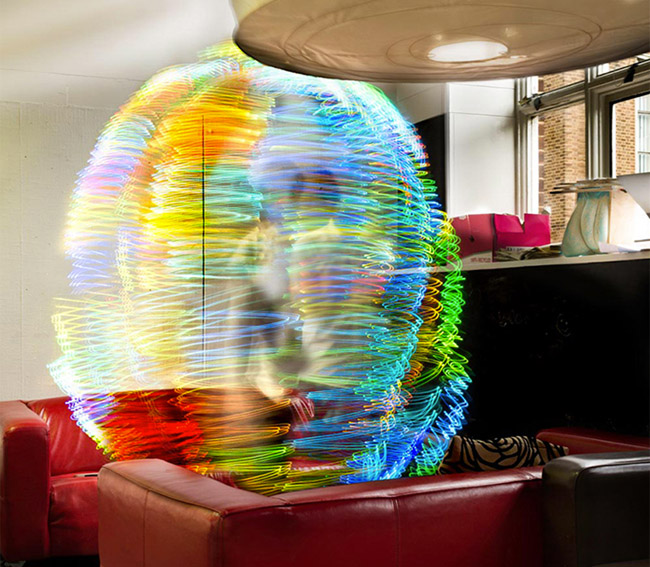 Translated into glowing orbs of light with a rainbow of colors representing signal strength, these visualizations of wi-fi signals are like Victorian spirit photography for the modern age. Luis Hernan of Newcastle University makes the invisible not only visible but also vaguely eerie with his project, Digital Ethereal. 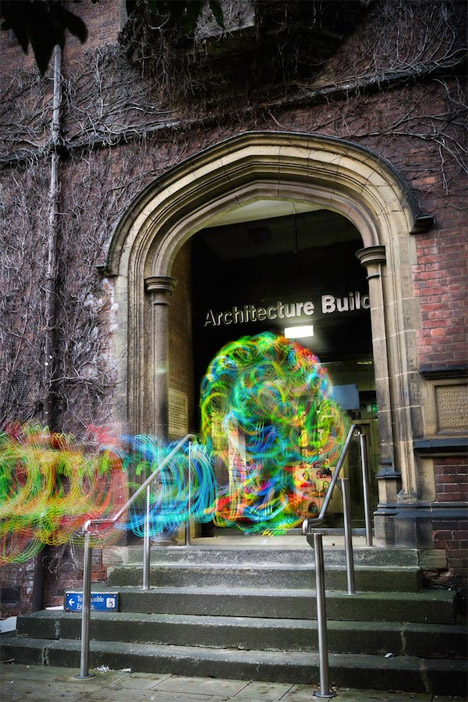 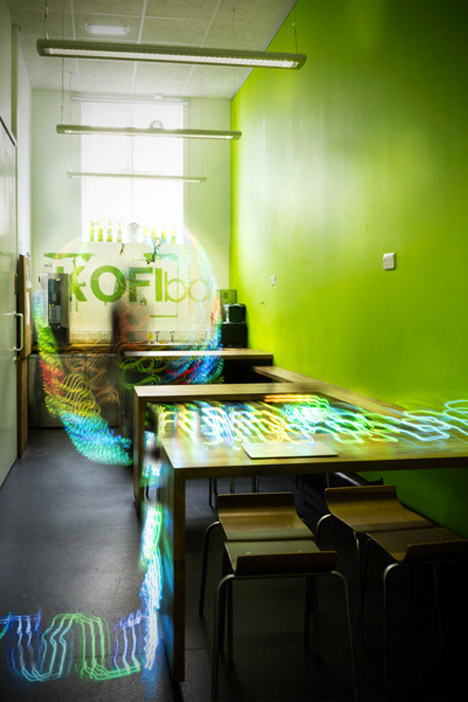 Hernan developed a homemade gadget called a Kirlian Device that, appropriately enough, looks like a piece of ghost hunting equipment. The instrument “scans continuously for wireless networks, and transforms the signal strength to colour LEDs.” 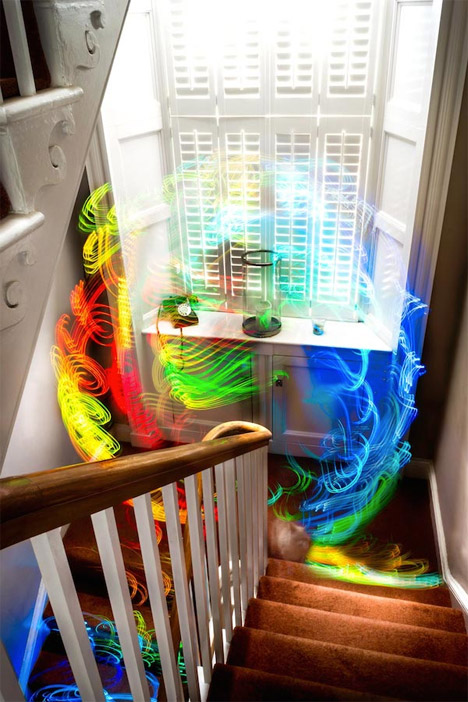 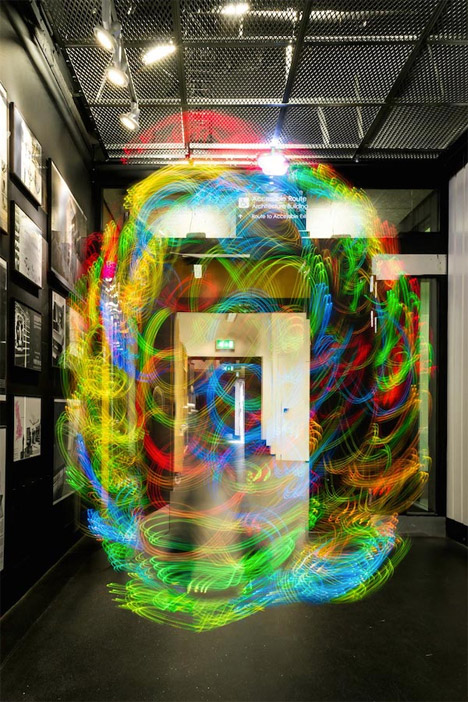 The effect is captured in a series of long-exposure photographs akin to light painting, the results a mass of swirling colored light showing the movement of the signals across a space. 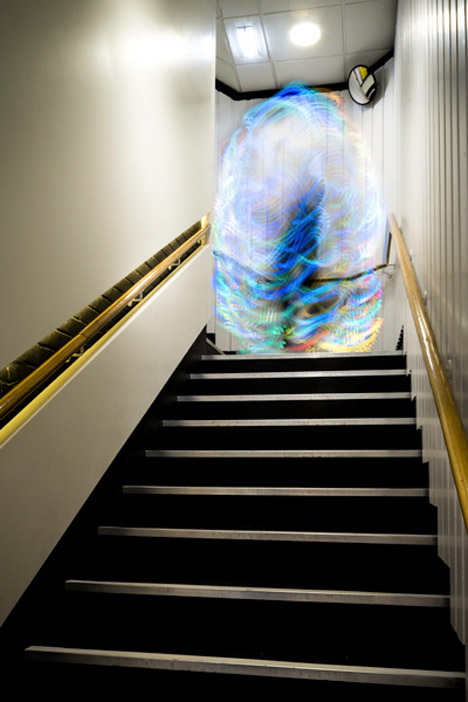 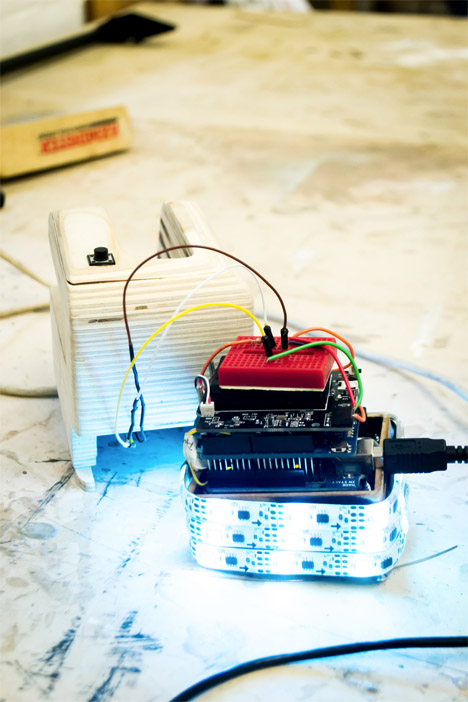 In another segment of the Digital Ethereal project, a gallery demonstration of a ‘chandelier’ running on the accompanying Kirlian Device Android App, which “explores the interaction of visitors with Hertzian Space.” Visitors interact with the electromagnetic waves around dangling cell phones, producing different lighting effects on the screens.