There is something almost mystical (or mythical) about these photographic collages, at once apparently realistic in content and seemingly impossible in composition. 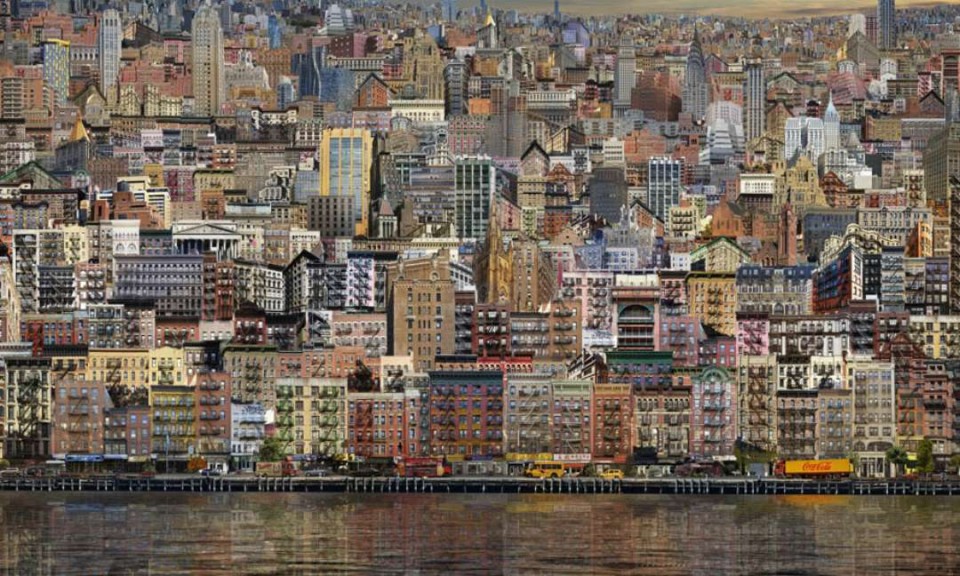 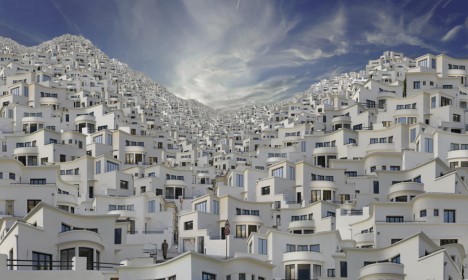 The Hyperphotos portfolio of Jean-Francois Rauzier, a French artist and photographer, represents years of captured images overlaid to create incredibly detailed composites. “In his monumental works he mixes the infinitely big and the infinitesimal, in a profusion of details so unusual as fascinating. The image thus recomposed numerically gives way to the dreamlike world of the artist.” 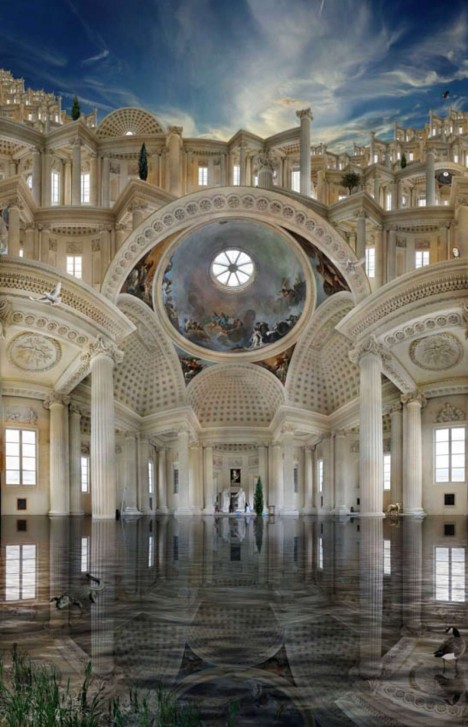 Some seem to reflect the nature of their places of origin, from New York City and Paris to Istanbul and Barcelona, or the time period from which the architecture originates, from ancient cathedrals to modern brownstones. 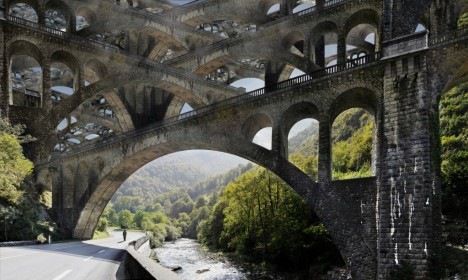 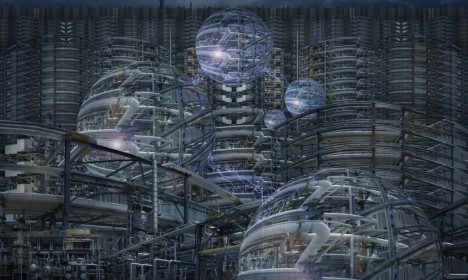 Others are works of almost pure fantasy, casting the viewer into imaginary futures or impossible pasts. While people, plants and animals are sometimes included, the focus of his fascination is almost always a built environment. 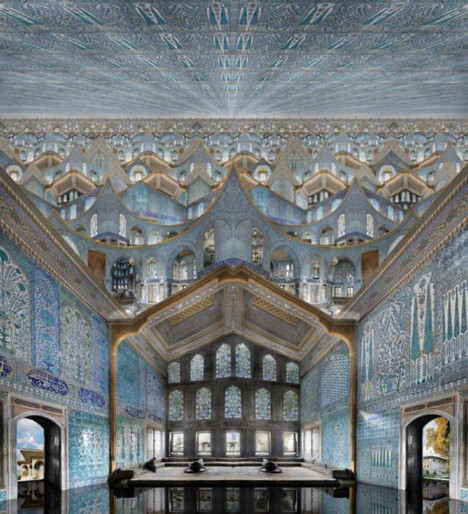 About the artist: “Fascinated by photography from an early age, Jean-François Rauzier graduated from the School Louis Lumière in 1976. He has since been working as a professional photographer, while developing a personal creative work. In 2002, his artistic work takes an innovative and radical turn.” Now “he creates virtual images consisting of several hundreds of shots, taken with a telephoto lens and assembled by computer.”