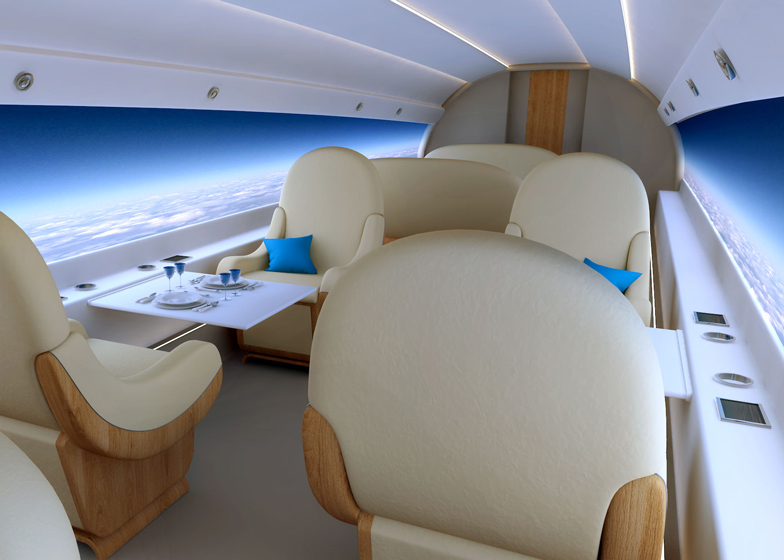 The latest contender for ‘most scary yet exciting passenger cabin ever designed’ has trumped its predecessor – the first version boasted horizontal strips of screen on both sides of the plane’s interior while this latest one features effectively see-through ceilings as well as walls. 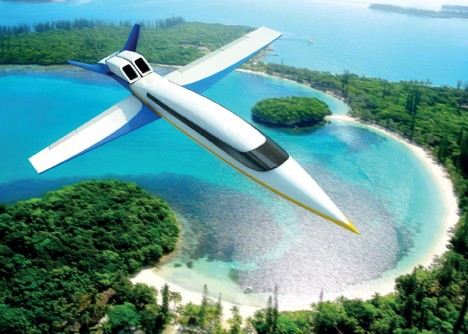 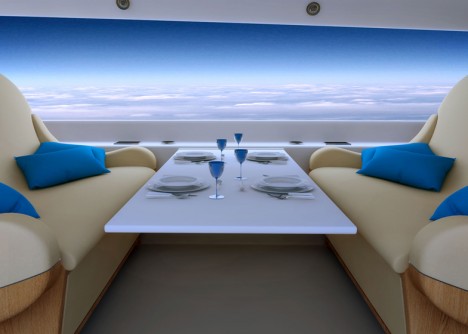 The S-512 being developed by Spike Aerospace boasts a four-hour flight time from New York to London, in part due to the reduced engineering requirements of a windowless cabin (and leading to at top speed of 1375 MPH). 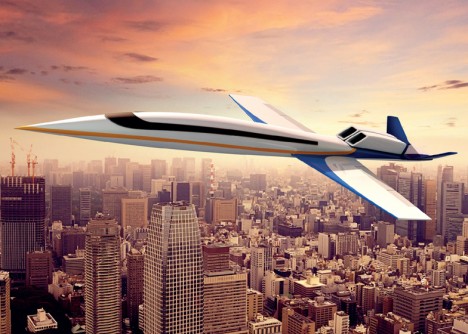 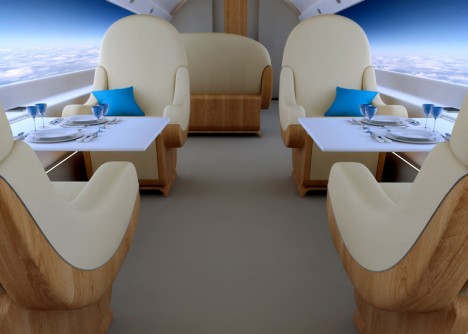 In this audacious private jet, the windows and their supporting infrastructure are instead being replaced with view screens that stitch together live footage being shot of the plane’s surroundings while it is in flight. 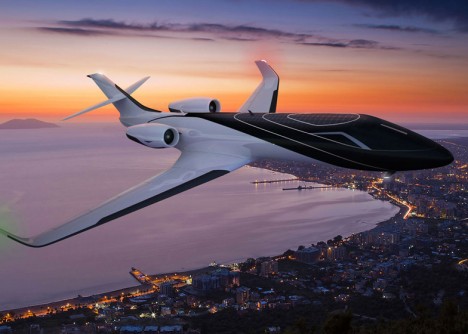 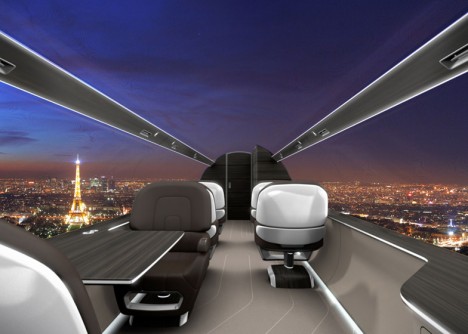 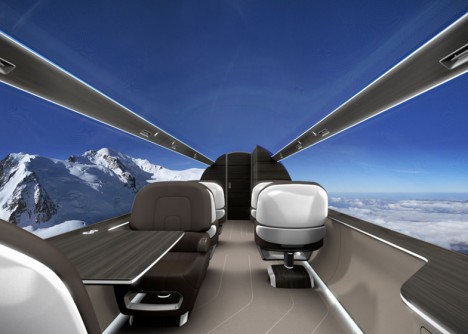 Meanwhile, six months later, Technicon Design has released concept drawings of Ixion, which likewise uses cameras mounted on the fuselage and wings to capture images for interior high-resolution display, but with an added dimension of also disappearing the rooftop of the cabin. 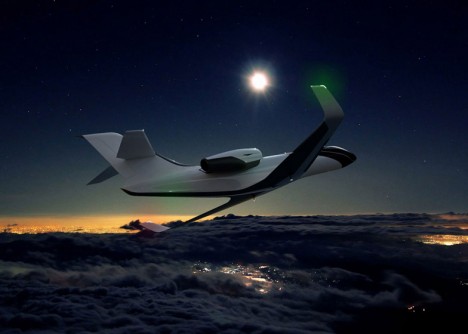 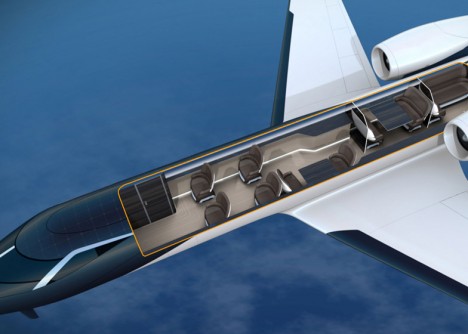 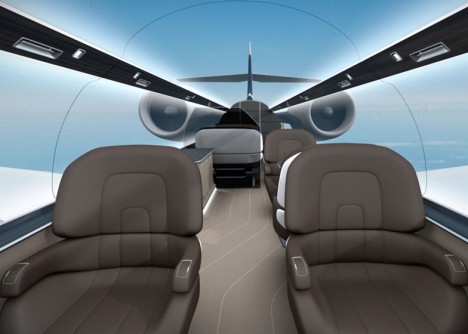 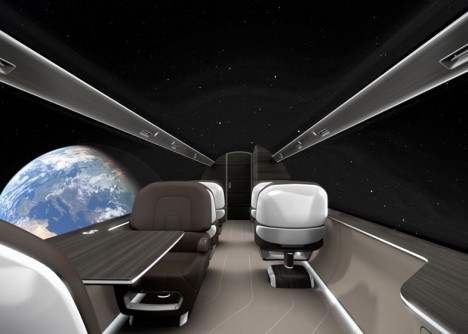 The nearly-continuous visual experience would be segmented by strips providing lights and air conditioning, and in theory the projections could be shifted on demand, from realtime scenery to other full-surround displays. For now, though, only the first is a series proposal for a real private plane – the latter is a conceptual design pushing the idea further but with no plan for actual deployment.