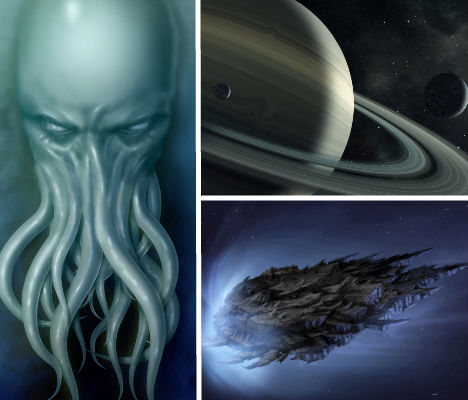 Did aliens try to send us a message in 1977? Is some mythical, nightmarish sea monster responsible for the bizarre ocean sound known as ‘The Bloop’? Could an enigmatic Russian radio signal be transmitting encoded messages to spies? The world is full of sounds, but some stand out, especially when they’re incredibly loud or simply unexplainable by science. These 8 sounds and signals are subjects of constant speculation between conspiracy theorists and scientists alike, but it’s possible that we’ll never know their origin or meaning.

Several times during 1997, a sound reverberated through the Pacific Ocean that has been a mystery to science ever since. Dubbed “the Bloop”, the sound rises rapidly in frequency over one minute and was loud enough to be picked up by multiple sensors located up to 5,000km apart. These underwater listening devices were put in place in an area known as the “deep sound channel” during the Cold War to detect and track Soviet submarines, and are now used by the National Oceanic and Atmospheric Administration to monitor natural phenomena.

The NOAA says there’s no way the sound was man-made, and while it does sort of resemble a sound made by a living creature, there’s no whale in the world that’s large enough to produce a sound of such volume – not even gigantic blue whales. In fact, no creature that is ever known to have existed on this earth even during the time of the dinosaurs would be capable of creating The Bloop. Of course, that could only mean one thing: it’s the Call of Cthulhu! Coincidentally (or not), the sound was traced to a remote corner of the Pacific Ocean located within 500 miles of the lair of H.P. Lovecraft’s legendary sea monster.

All over the world in places like Hawaii, New Mexico and England, every now and then people turn to each other and say, “What’s that humming sound?” It’s described as an irritating, persistent low-frequency sound that resembles the sound of a distant diesel engine idling and can often be felt as vibrations in the body. According to people who have heard it, microphones just can’t seem to accurately capture this noise. It’s loudest indoors, at night and on weekends.

On Big Island in Hawaii, the noise is attributed to volcanic activity, but the same certainly can’t be said in Kent, England or Taos, New Mexico. On the Washington State island of Vashon, annoyed residents report that the sound is getting louder. Is it electromagnetic? Supernatural? Tinnitus? Collective delusion? It’s virtually impossible to say.

“Mistpouffers” – it’s a funny name for a series of bizarre booms that have been heard in waterfront communities ranging from Bangladesh to the Netherlands, typically described as a cannon sound or extremely loud thunder despite the absence of clouds in the sky. It’s frequently heard on calm summer days in the Bay of Fundy, Canada and has also been reported in Italy, Ireland, India, Japan, the Philippines, Ireland and in several U.S. States. These booms are no modern invention – the Iroquois explained similar noises to early white settlers as the sound of the Great Spirit continuing to shape the earth.

In 1978, a boom heard on Bell Island off Newfoundland in Canada was powerful enough to damage homes. While some may still believe that it was caused by supernatural phenomena and a recent History Channel special questioned whether secret electromagnetic pulse weapons tests could be the culprit, the cause is still a mystery.

In May 2010, bewildered Pennsylvania residents contacted the local paper about a “big boom”. “I heard the boom, and my closed, wooden front door rattled just a little bit,” Kim Owen told the Sun Gazette. “I didn’t think much about it until a friend, who lives several blocks away, posted a note on Facebook asking if anyone had heard a loud boom.”  A similar noise in 2001 later proved to be caused by a meteorite crashing through the earth’s atmosphere.

It could be that these sounds are all caused by meteorite impacts, but other natural causes are possible as well including gas escaping from vents in the earth’s surface or underwater caves collapsing.

The ‘Slow Down’ Sound

Recorded on May 19th, 1997 – the same year as ‘The Bloop’ – this unexplained sound is seven minutes long, slowly descending in frequency toward the end. Known as the ‘Slow Down’ sound, it was loud enough to be heard on three sensors at a range of nearly 2,000km. Nothing like it has been heard ever since, and its origin remains unexplained, landing it on the NOAA’s short list of strange unidentified noises picked up by their undersea microphones. 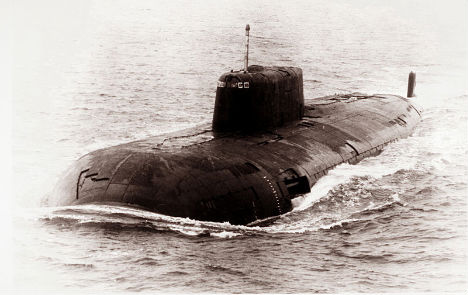 During the Cold War, as Soviet Navy ballistic missile submarines patrolled the North Atlantic and Arctic Ocean, they kept hearing the strangest sounds: what they described as “quacking”, the Russian version of our own onomatopeotic “ribbit” of a frog. The sounds were heard whenever the subs passed certain areas of the sea and seemed to be coming from a moving underwater object. However, nothing registered on sonar.

The Soviets believed at the time that they were hearing some kind of secret U.S. Technology and interpreted the sounds as a somewhat frightening threat. Today, scientists believe the sounds may have come from marine life like giant squid, which – lacking rigid internal skeletons – might not show up on sonar.

The Spooky Sounds of Saturn’s Rings

They’re eerie and otherworldly, exactly the kinds of bizarre noises you would expect to hear in a sci-fi film – but they’re actually real recordings from another planet. The Cassini spacecraft began detecting these auroral radio emissions from Saturn’s atmosphere in 2002, which have natural rising and falling tones similar to those emitted by Earth. The NASA recordings have been compressed and compiled into this single spooky track, and it’s all too easy to imagine all kinds of things within them, from alien speech to a spacecraft taking off.

It seems like a mystery worthy of LOST – a strange repeating radio signal from Russia, punctuated by occasional cryptic messages in Russian. Short, monotonous buzzing tones have been emitted 25 times per minute, 24 hours a day since 1982, and nobody knows exactly why. Perhaps it’s used to transmit encoded messages to spies, or signal the status of some undercover military installation. Or, maybe it’s just related to high-frequency Doppler weather radar.

On Sunday, June 6th, 2010, a commenter on Slashdot wrote, “Tinfoil hatters around the world are abuzz that UVB-76, the Russian shortwave radio station that has been broadcasting its monotonous tone almost uninterrupted since 1982, has suddenly gone offline. Of course no one knows what the significance of this is, but best brush up on your drills just in case.”

Did aliens try to contact us with an interstellar signal detected in 1977? The strong narrowband radio signal picked up by The Big Ear telescope of Ohio State University lasted for a total of 72 seconds and matched the expected signature of an interstellar signal, prompting Dr. Jerry Ehman to circle the signal on a printout and write “Wow!” beside it.

There’s no question that the signal originated from outside of our solar system, and in fact, its origin has been pinpointed as somewhere beyond the constellation Sagittarius. It was picked up by only one of the Big Ear’s two detectors and was never heard again despite close monitoring, but all “rational” explanations put forth by skeptics have been proven wrong, from satellite transmissions to space debris collisions.

The Wow! Signal is still the only confirmed sound received from deep space that could possibly be an intentional signal sent by entities unknown.