Will the cities of tomorrow be filled with intelligent kinetic architecture that moves and transforms of its own accord, as if it has a life of its own? The designers of these 16 structures seem to think so, whether they’re making use of ancient pulley-powered systems or engineering remarkably responsive auto-adaptations to change the look of a structure, shield it from the sun, or make it seem like a living creature in a bid to foster deeper connections between humans and architecture. 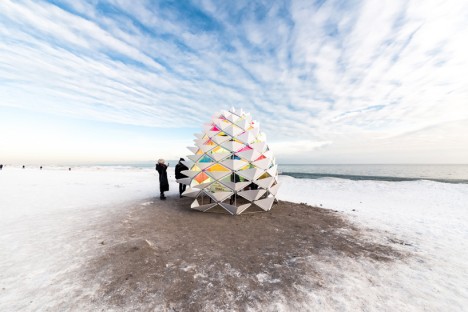 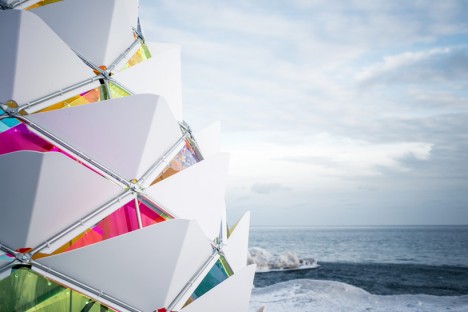 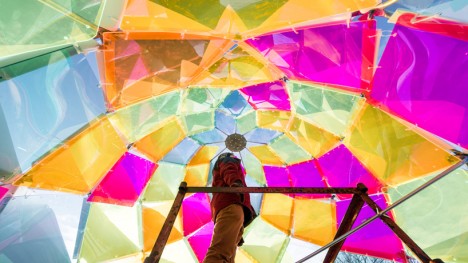 Modeled on a pine cone, this lifeguard post by RAW Design, Ferris + Associates and Curio adapts to weather conditions on Toronto beaches. The white ‘petals’ can move to either offer shade during the hot summer months or to collect snow in the winter for extra insulation. The petals can also be retracted on one side and closed on the other to guard against heavy winds but still let sunshine in. It was fabricated in three weeks and then re-assembled on-site within 6 hours.

The Penumbra system by Tyler Short is “designed to offer a kinetic and mechanical solution to a problem that would otherwise be nearly impossible to solve with static architectural components: providing shading across a building facade for both low evening sun and high afternoon sun conditions.” The various kinetic elements of the shade system can shift in different ways to deflect light as needed. 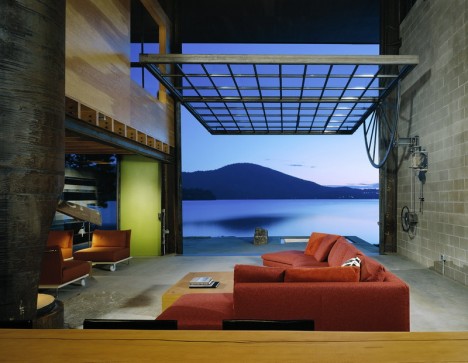 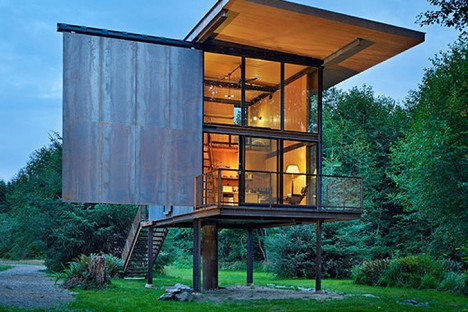 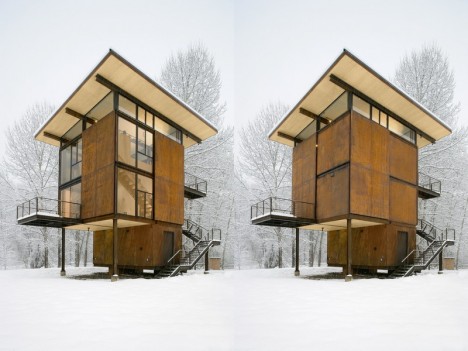 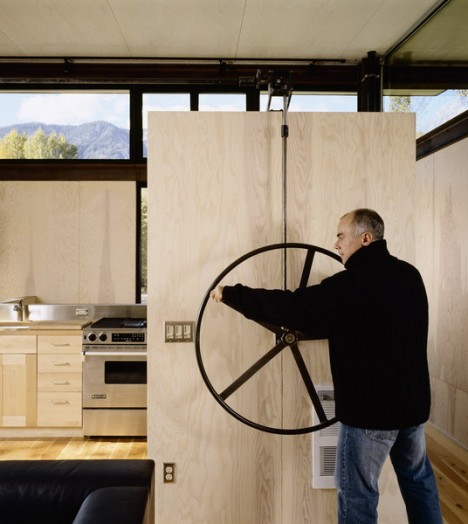 A home with a roof that opens vertically, an art gallery with a hoist-and-pulley facade and a ‘virtually indestructible’ cabin with operable steel panels are among the kinetic projects by Tom Kundig of the firm Olson Kundig. The architect says early exposure to mining, logging and farming industries led to a lifelong fascination with machinery, which he has integrated into all sorts of architectural projects. The idea is to move something large using very little energy, encouraging user participation in the transformation of the space in concert with geometry and physics.