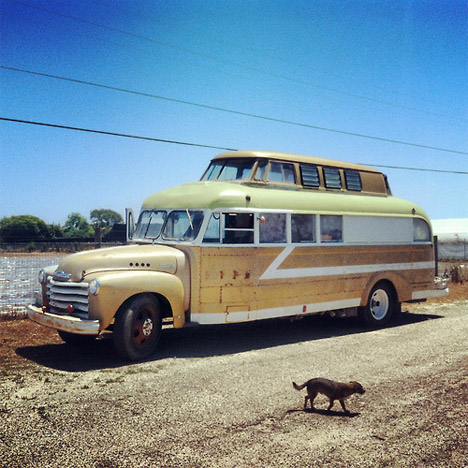 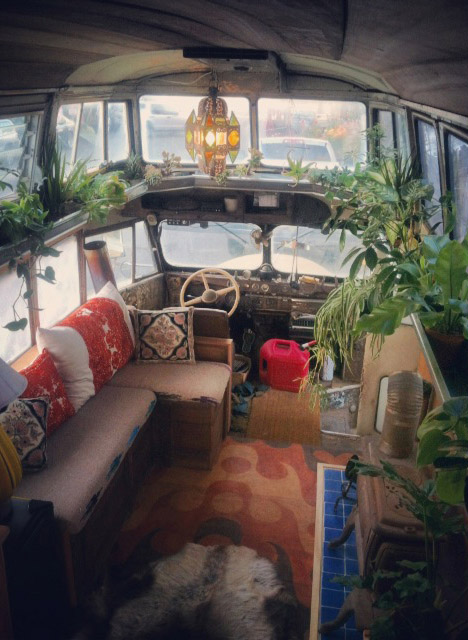 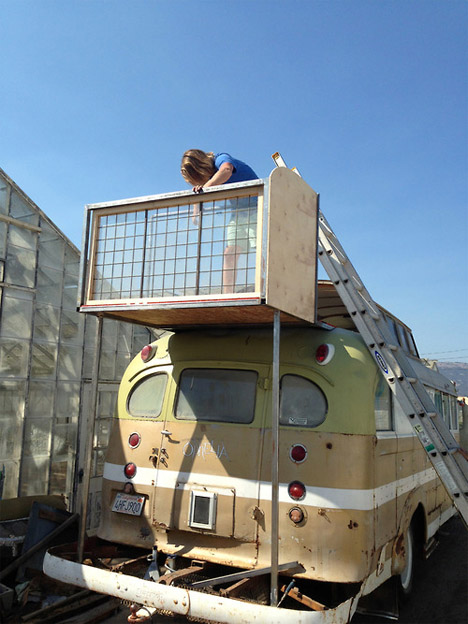 A 1948 Chevy bus put on Craigslist with the description “runs, drives, stops, registered” is now known as ‘Ophelia,’ totally decked out in bohemian fashion by surf-craft builder Ryan Lovelace. The interior is fitted with built-in couches, a kitchen, a closet and a wood stove, with cozy wood-lined interiors made of paneling reclaimed from a demotion at director George Lucas’ house. Lovelace added a wooden loft to the back with a large window that affords sweeping views of wherever he happens to travel. 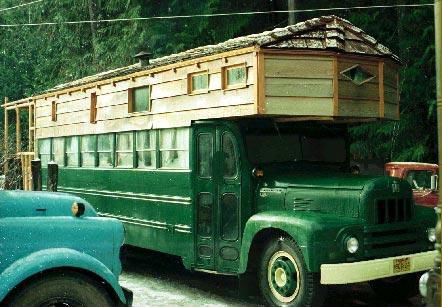 Another school bus renovation sees the top of an old green bus sheared off to make way for a cabin-like extension, culminating in a porch. This house truck was also featured in the book ‘Rolling Homes.’ 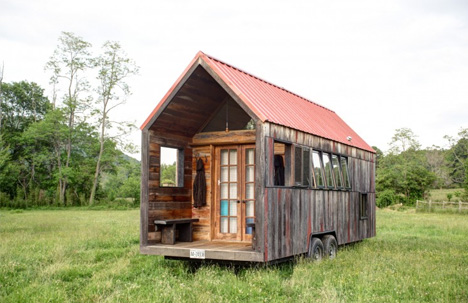 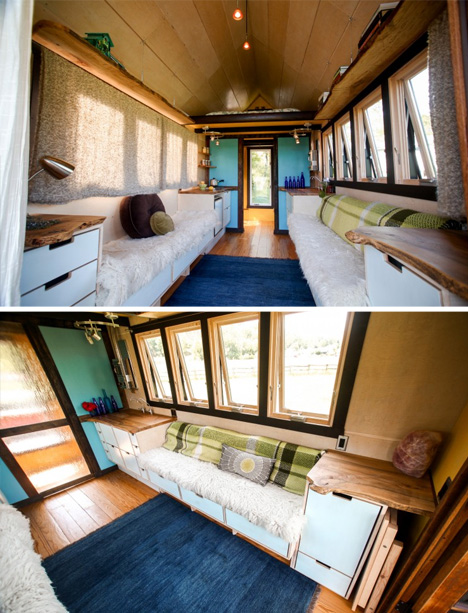 Designer Aaron Meret created ‘Pocket Shelter’ as a prototype of small dwellings, intending to live in it himself. The 200-square-foot structure is made mostly of reclaimed, salvaged and local materials and was customized to his own needs. Says Meret, “Learning how to build this small is a challenge. But it’s child’s play compared to learning how to live small. It took every bit as long to pair down enough to fit reasonably into such a small space as it did to build it. Going through round after round of downsizing, purging, and otherwise shedding whatever is unnecessary took determination and mental and emotional stamina. And it’s been totally worth it.” 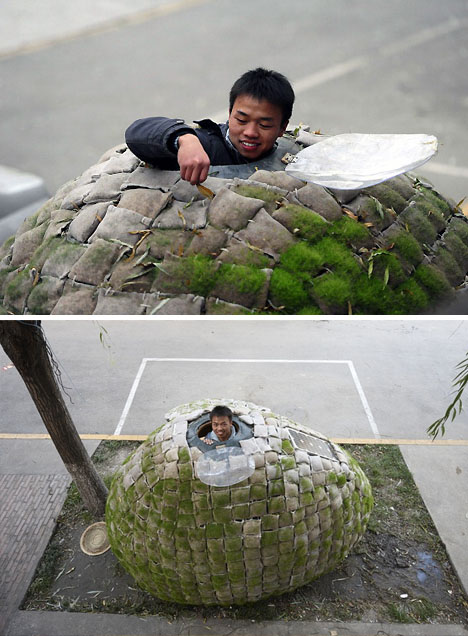 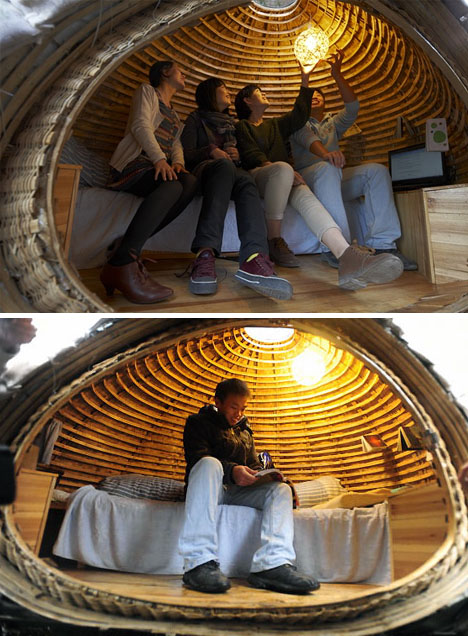 Like most recent architecture grads, Dai Haifei found himself working all the time but making very little money. His solution? A mobile, temporary abode that he could build on the cheap and park right next to his workplace. The $1,000 ‘Egg House’ has a rounded frame covered in a waterproof membrane and insulating burlap bags from which greenery can grow.