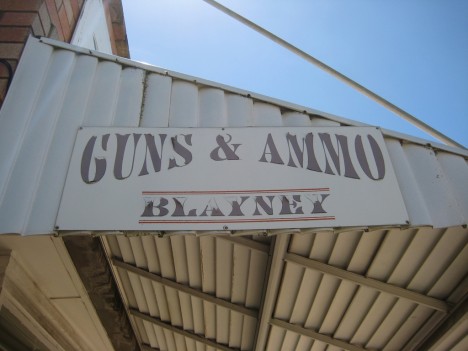 If you thought gun shops were a strictly American phenomenon, think again… they exist (for a time, at least) in other countries as well. Take the above abandoned Guns & Ammo store in Blayney, NSW, Australia for instance. Take your gun (and plenty of ammo) too, as this particular gun shop has locked up and unloaded for good. Somewhere a kangaroo is smiling. 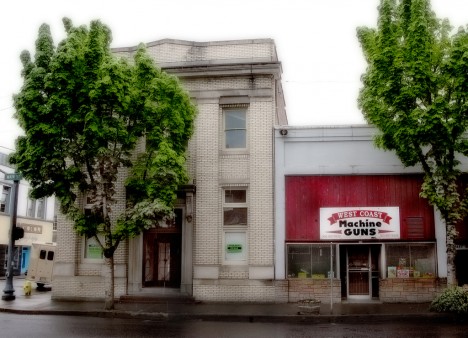 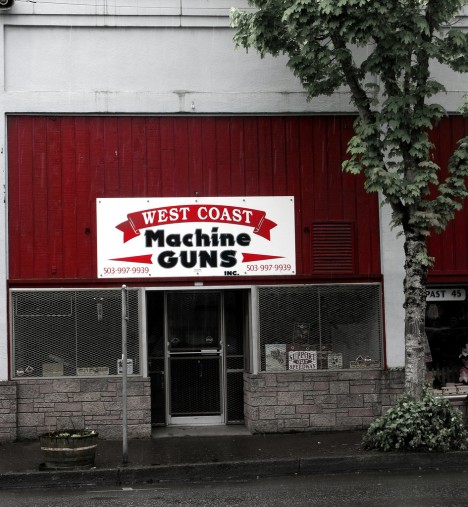 Ahh, the sights and sounds of small town ‘Murica! If your small town is Cottage Grove, Oregon, one of the more memorable sights would be the storefront at West Coast Machine Guns… for all your rapid-firing needs. Why haven’t these guys been given a reality TV show? Anyhow, we’re not sure if the shop is closed permanently but all available photos show it to be closed. Full props to Flickr user Cathy Cole (Fire Monkey Fish) for catching West Coast Machine Guns in an unguarded moment. 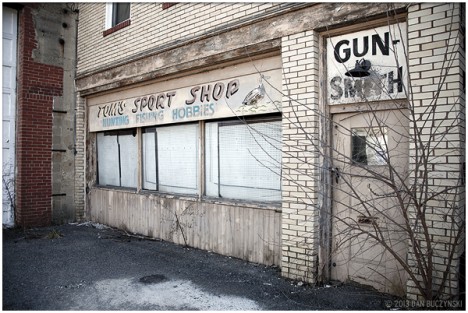 Jonesing to get your gun “smithed” in Elizabeth, PA? Fuggedaboutit! Tom of Tom’s Sport Shop may have been the best (and likely the last) gunsmith in town but hey – there’s a reason nobody patronizes blacksmiths anymore, and Tom’s just going with the flow of time. Don’t feel too bad for Tom, however, as it’s rumored buggy whips and video rental stores are poised to make a comeback.