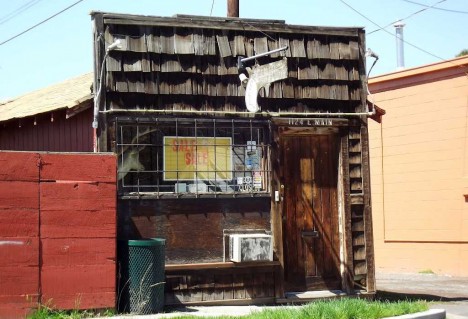 This long-shuttered gun shop on Main Street in Klamath Falls, Oregon hasn’t made a SALE SALE in a long long time. You gotta love the bleached stag in the front window and the weathered Derringer-shaped store sign swinging in the breeze, amiright? Kudos to Panoramio user Diane for capturing the serene scene in early February of 2012. 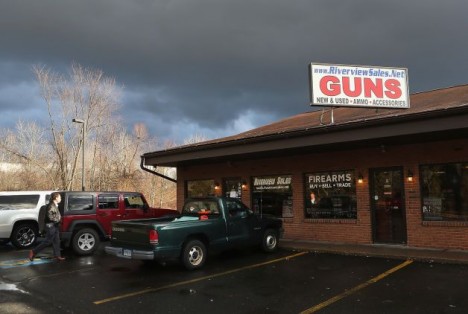 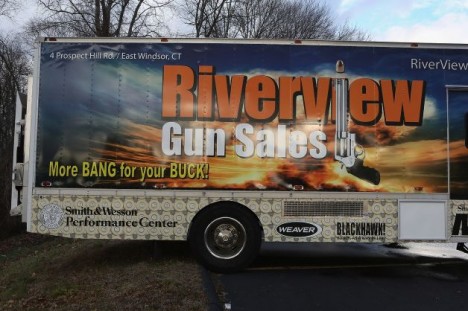 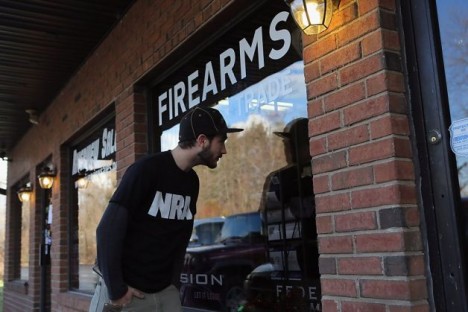 Riverview Gun Sales of East Windsor, CT committed hundreds of violations over the past several years yet managed to stay open until one notorious but legal gun sale – an AR-15 Bushmaster rifle bought by the mother of Sandy Hook school shooter Adam Lanza – became the straw that broke the camel’s back. ATF agents raided the store on December 20th, 2012, after revoking the owner’s license. 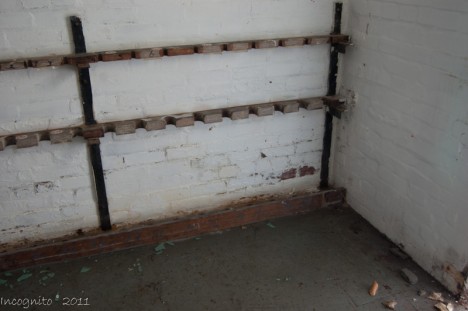 Fremington Army Camp in Devon, UK closed in autumn of 2009 after almost 65 years in operation. Naturally, the camp’s gun storage building (or “gun store”, according to British Flickr user DevonD90) was stripped of everything that wasn’t nailed down… and it would seem the gun racks were nailed down.