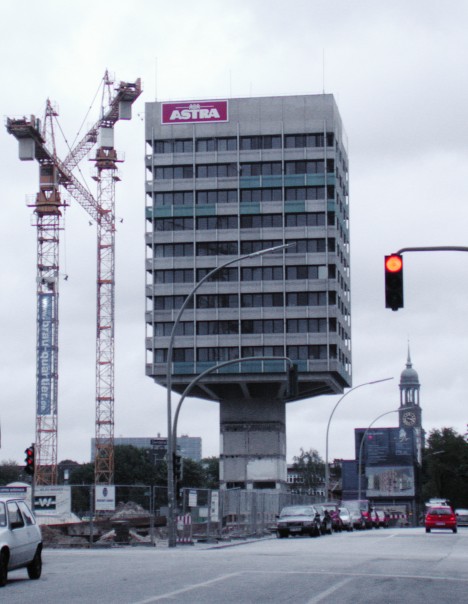 This tower-on-a-stick made nearby residents nervous for over three decades after it was built in 1971, housing the brewery that made Astra brand beer. In the 1990s, after beer production was moved elsewhere, the tower was demolished.

Device to Root Out Evil by Dennis Oppenheim 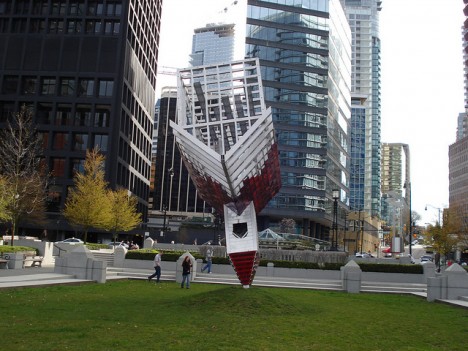 Yes, that’s a church turned upside down, balancing upon its steeple. Originally installed in Vancouver, the 25-foot-tall Dennis Oppenheim sculpture was deemed too controversial, and later relocated to a park in Calgary, Alberta. Says the artist, “Turning the church upside down makes it more aggressive, but not blasphemous.” 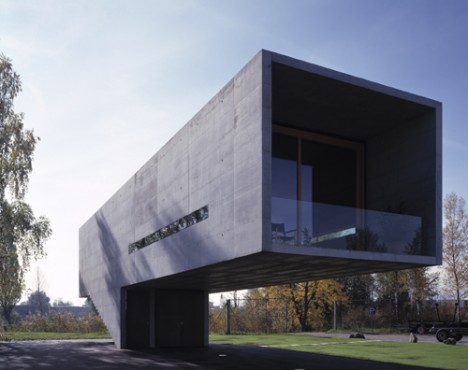 The Hafengebaude Rohner office building by B&E Baumschlager-Eberle seems to float in mid-air, its heavy concrete mass appearing too heavy for the small grounded volume it’s cantilevered upon. The unusual shape and materials have led to it being described as both ‘avian’ and ‘UFO-like.’ 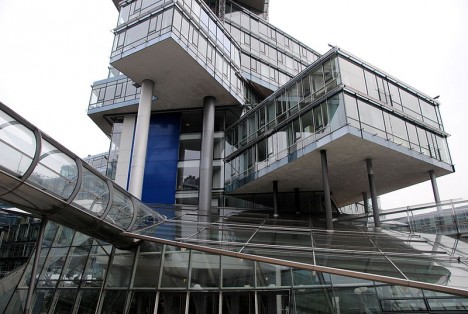 The 17-story head office of one of Germany’s largest banks occupies an entire city block with a Jenga-like configuration of stacked glass-and-steel boxes. Gazing up from ground level, the portions that stick out the most almost seem as if they could come crashing down at any moment.

Sharpe Center at Ontario College of Art and Design 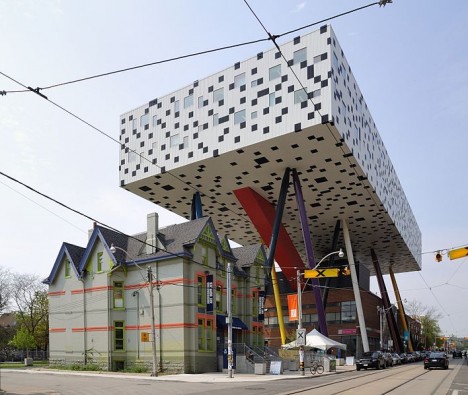 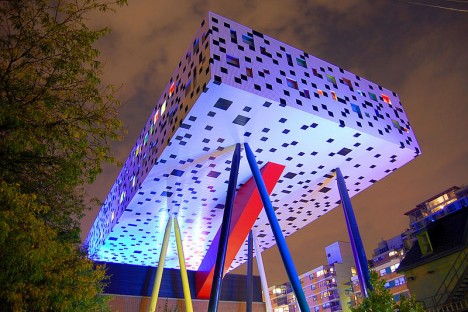 What appears to be a massive mosaic table hovers 26 meters above a mix of modern and Victorian structures. An extension to the Ontario College of Art and Design, the Sharp Centre by Alsop Architects is a rectangle supported by 12 multi-colored legs. It contains two stories of studio and teaching spaces, and the ground level space beneath it is a public park.