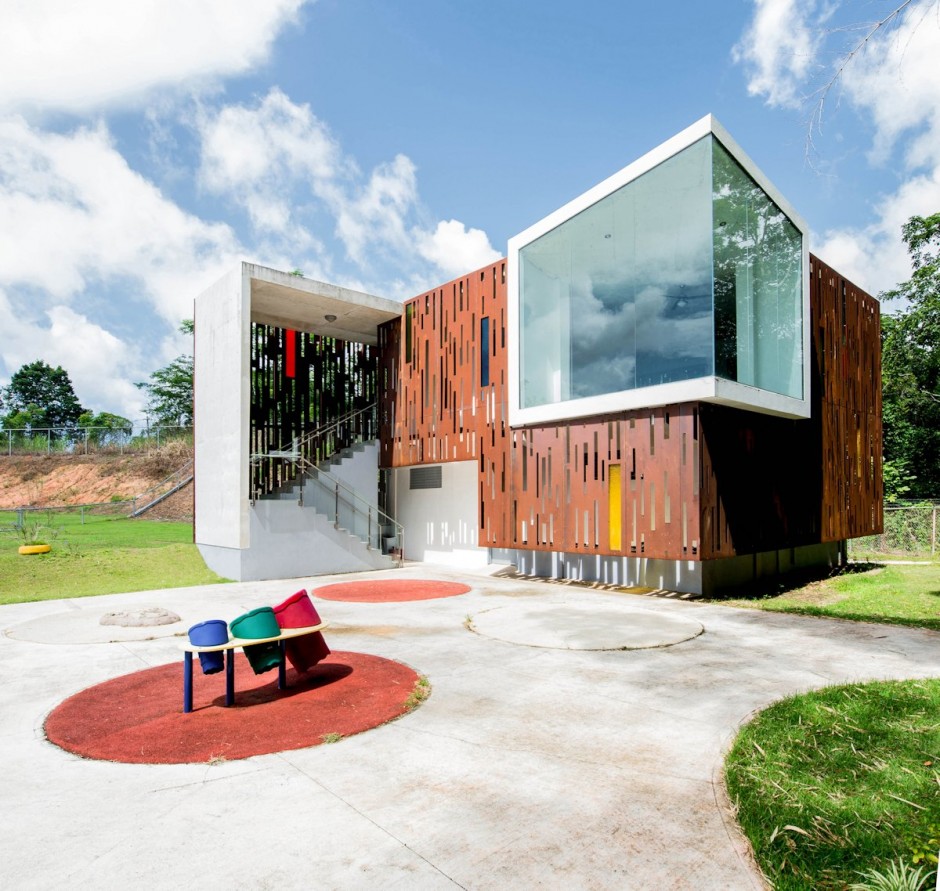 A remarkable example of architectural rehabilitation, this abandoned structure has been given a second life via a fresh facade wrapping a rundown shell. The before-and-after shots illustrate the (realized) potential of even the most dilapidated-looking building, and in this case specifically: one that was exposed to the elements for over 20 years. 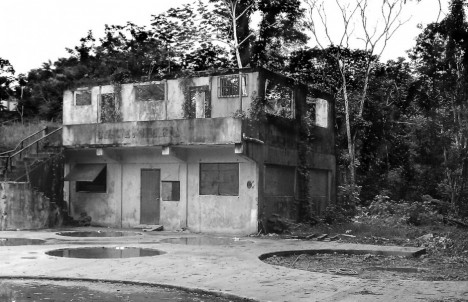 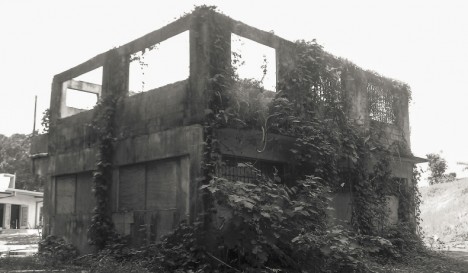 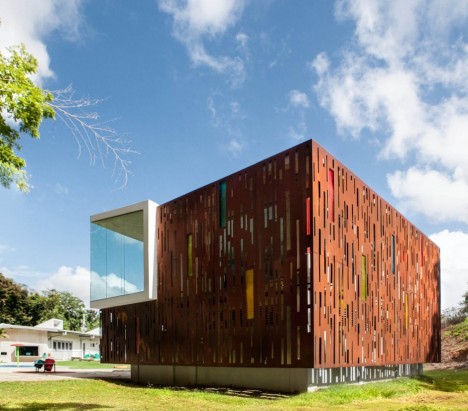 In the GELM annex, architect Víctor Díaz Paunetto AIA worked with a limited budget and existing building, effectively turning a stabilized ruin into the basis for a vibrant new structure boasting weathering steel and colorful accents. The building has already recieved Honor Awards from the AIA Puerto Rico Chapter in 2013, XIII Puerto Rico Architecture Biennale in 2013 and AIA Florida and the Caribbean in 2014. 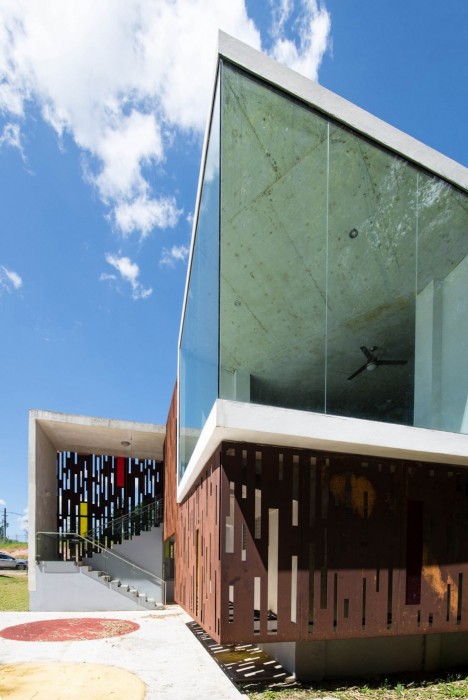 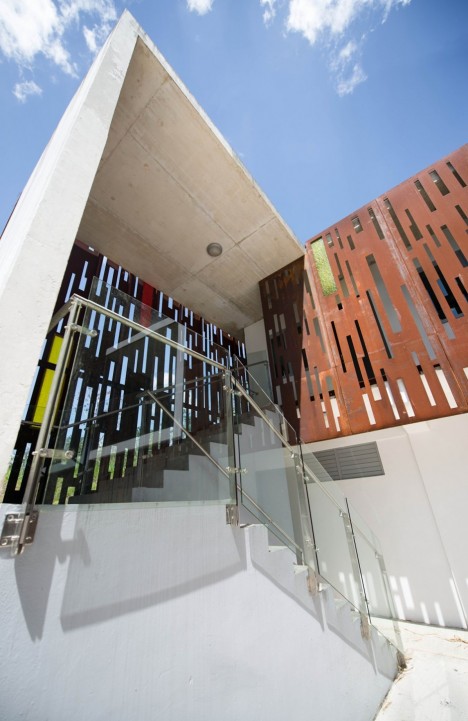 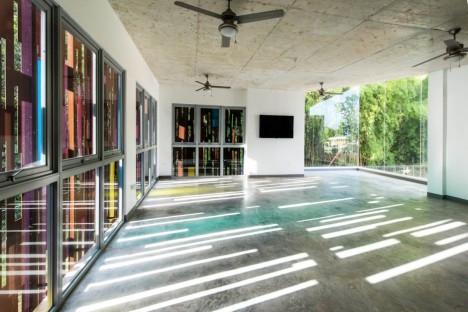 In alignment with the ecological focus of the school to be housed on the site, the client and designer agreed to maintain the existing structure at the core and to add exterior surfaces around it rather than demolishing it. Today, it is used for classes, meetings and gatherings as well as storage for the school and its students. 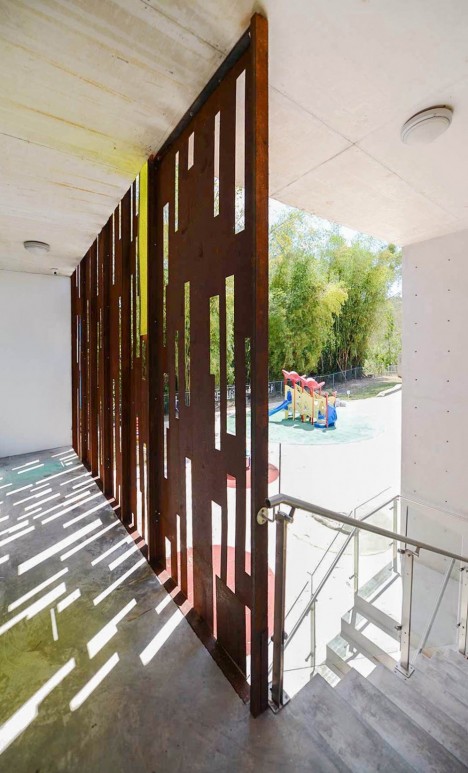 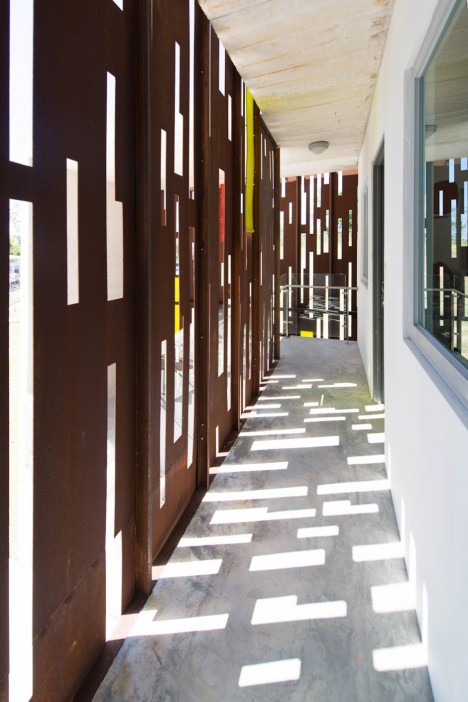 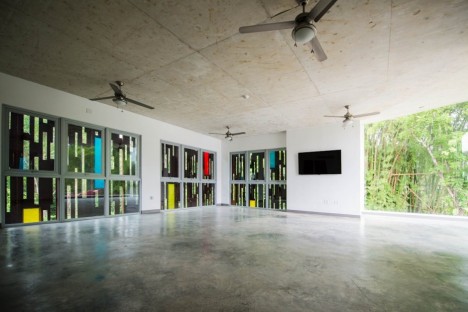 From the designer: “This project aspires to be an example of how the recycling of existing structures can potentially serve as a vehicle for a sustainable development of our built environment. The challenges of demonstrating how adaptive reuse could be seen as a new model for redevelopment was intertwined with the challenges of a designer also working as the builder with an extremely limited budget and time for the execution of this project.” 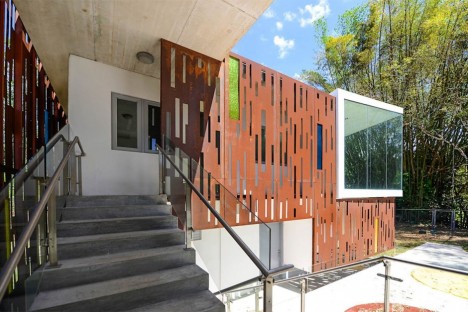 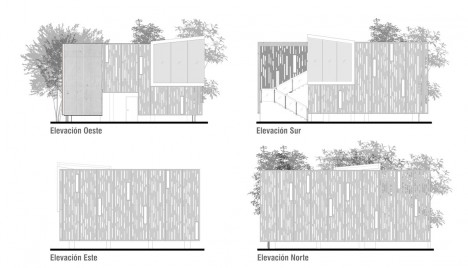 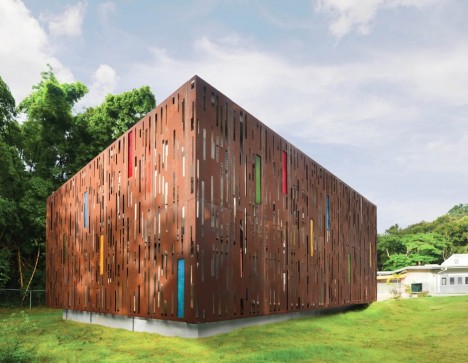 More about the design, site strategy, program and inspiration: “GELM Annex is a second commission of the joint Early Head Start and Pre-School Program of Guarderia Ecologica La Mina (GELM). The design solution for the rehabilitation of this existing structure dating back to the 1960’s and abandoned since the 1980’s had to strive for simplicity, uniformity and longevity. To this effect a corten steel skin perforated in a pattern derived from the abundant and extensive bamboo hedges that surround the site was designed in an effort to establish a dialogue with the immediate natural context. The skin becomes a sunscreen and jointly with the colored glass panels, introduced in reference to the existing pre-school the building serves, help bathe the interior space with filtered and colored light.”