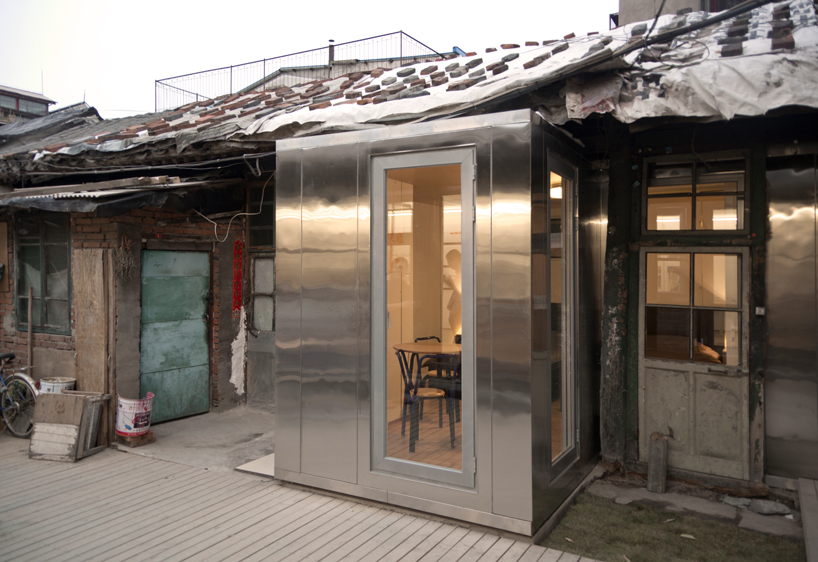 Cold, dilapidated and lacking modern amenities like bathrooms, Beijing’s historic architecture in the Hutong districts becomes livable again with sleek modern plug-ins that make them more comfortable without significant alteration. People’s Architecture Office created a modular system called the Courtyard House Plugin that acts as a temporary solution to make the spaces more desirable, minus the trouble of renovation. 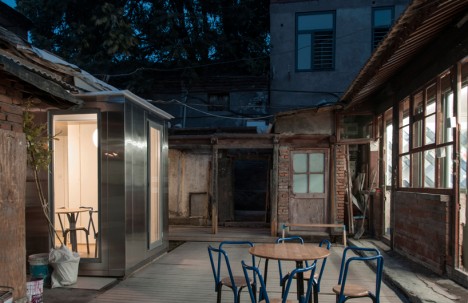 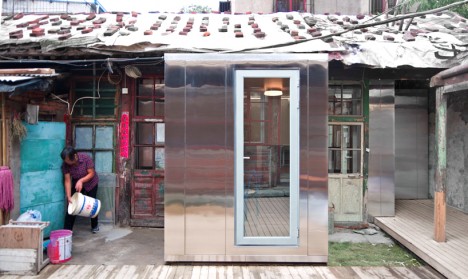 These aging structures are typically built around small courtyards, and after centuries of habitation, have sometimes reached the point of being dangerous. Developers are often hesitant to take on significant renovation projects due to costs and the fact that some of these spaces are still inhabited. 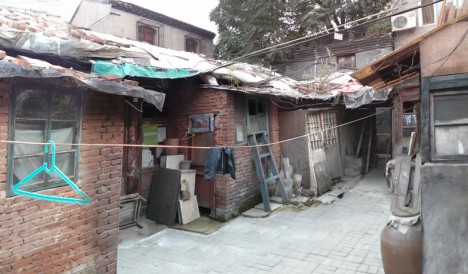 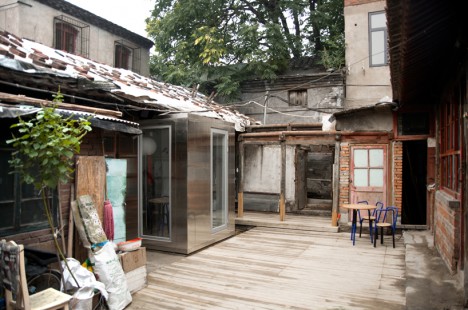 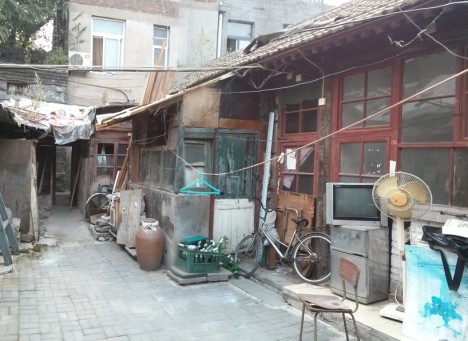 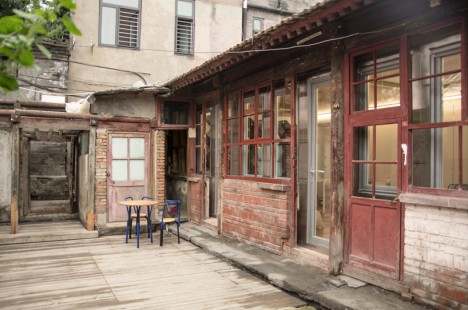 The new modular components slide into existing spaces, instantly updating them with modern amenities and clean, contemporary interiors. They can be assembled quickly with no more than a single hex wrench. 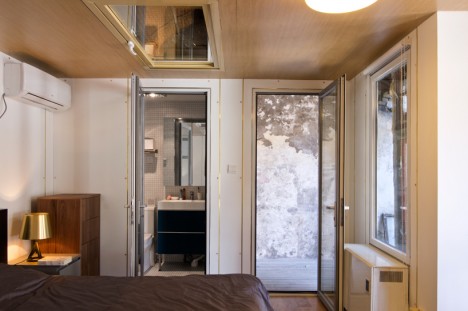 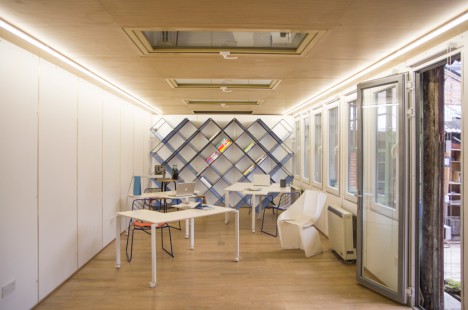 The first prototype, ‘Courtyard 72,’ will be a live-in laboratory for researchers studying the living conditions in the region. Ultimately, this sort of plug-in modular solution could ensure that Beijing’s oldest and most culturally and historically important neighborhoods remain livable for local residents.