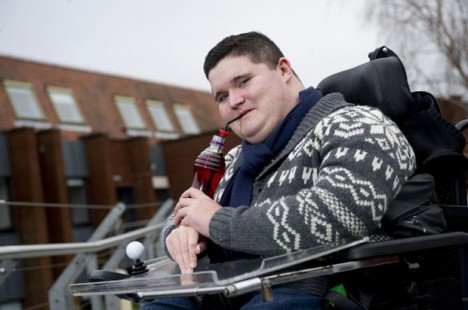 An act so simple as drinking from a straw is taken for granted by most of us, but for many people, it can be a frustrating endeavor. Student Ollie Baskaran, who has muscular dystrophy, came up with a 3D printed straw holder that makes all the difference. “The straw-holder just makes it ten times easier to enjoy a drink,” he says. “We took less than an hour to get all the measurements we needed and to create the design, which then took about 20 minutes to print.” 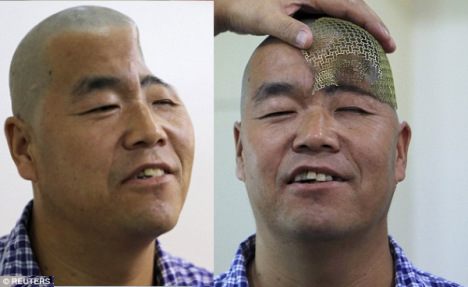 An accident left a Beijing man with a large, vulnerable dent in his skull, significantly disabling him to the point that he couldn’t read and write. Doctors implanted a 3D-printed titanium mesh cover that helped combat some of those disabilities and protected his brain, allowing the tissue to start regenerating. 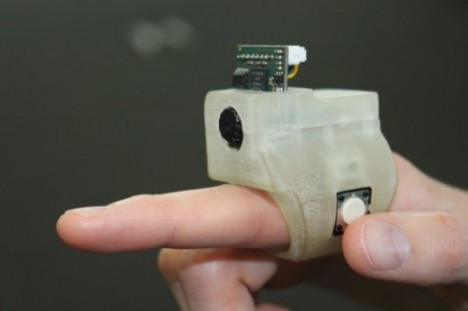 Point to an object, press the button on the side of this ‘EyeRing’ and ask it a question – what color it is, what the text on it says or how much it costs. The 3D-printed nylon EyeRing takes a photo, sends the image to a smartphone, and uses an Android application to analyze the image. A text-to-speech module feeds the information back to the user via earphones, or displays it on the screen of the phone. 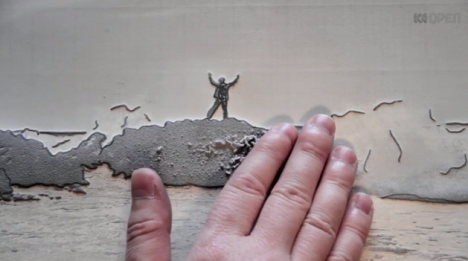 Thanks to 3D printing, a blind and deaf photographer can now ‘see’ his own work. Photography may seem like an impossible career choice for someone who can’t see or hear, but Brendon Borellini was determined to explore the world this way by taking in his subject with his available senses. A 3D topographic printer translates his images into textured surfaces that enable him to get a sense of what he has captured.