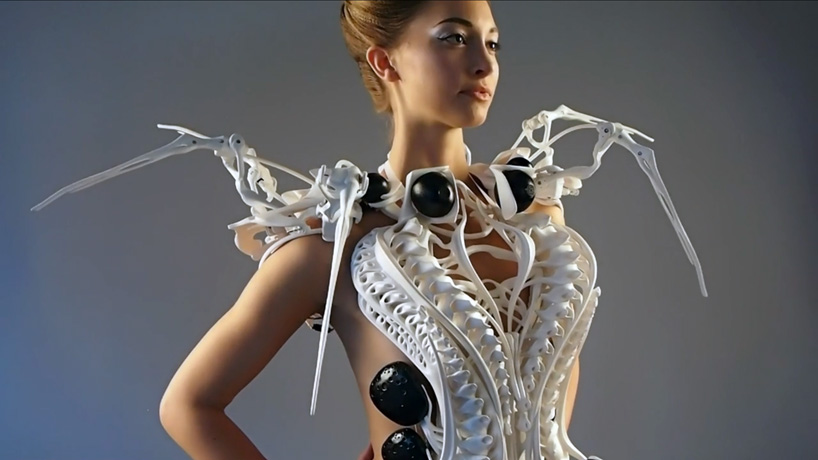 No worries about anyone invading your personal space when you’re wearing this intricate 3D-printed dress, which extends animatronic spider-inspired arms when it senses another person’s presence nearby. ‘Spider Dress 2.0’ by Dutch designer Anouk Wipprecht responds with defensive gestures if anyone approaches too quickly, or come-hither motions to friendlier, slower-moving people. 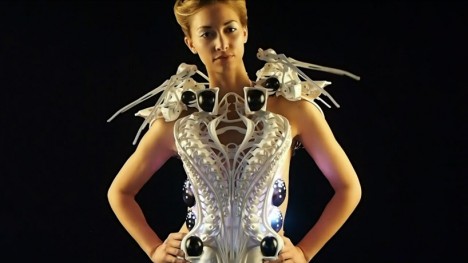 Equipped with proximity and respiration monitors and an Intel Edison processor, the dress acts as a shield between the wearer and the outside world, interpreting the intentions of people who come near. The 3D-printed white components have a skeletal appearance, while LED lights add a bit more sci-fi appeal. 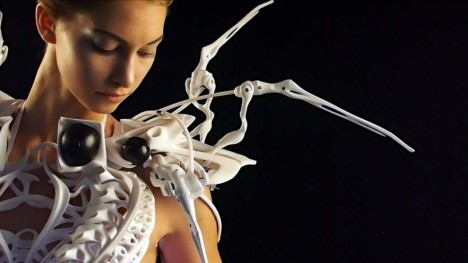 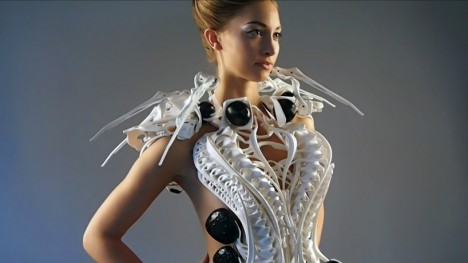 As seen in the video, the movements of the spider arms are creepily realistic. The design is an improvement upon Wipprecht’s ‘Spider Dress 1.0,’ which had a more mechanical appearance with arrow-like legs. The artist sees fashion as lacking in ‘microcontrollers,’ and seeks to combine fashion design with engineering, science and interaction. 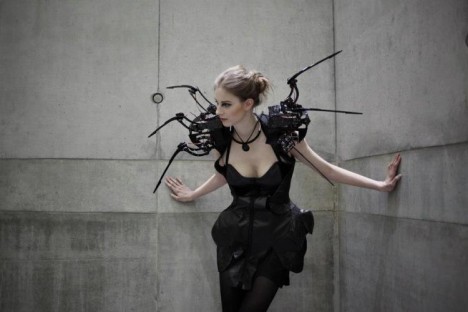 The mechanisms that create the movement in Wipprecht’s wearable tech designs are left visible on the outside so viewers can “witness the designs creating their own unique forms of interaction, movement and meaning.”