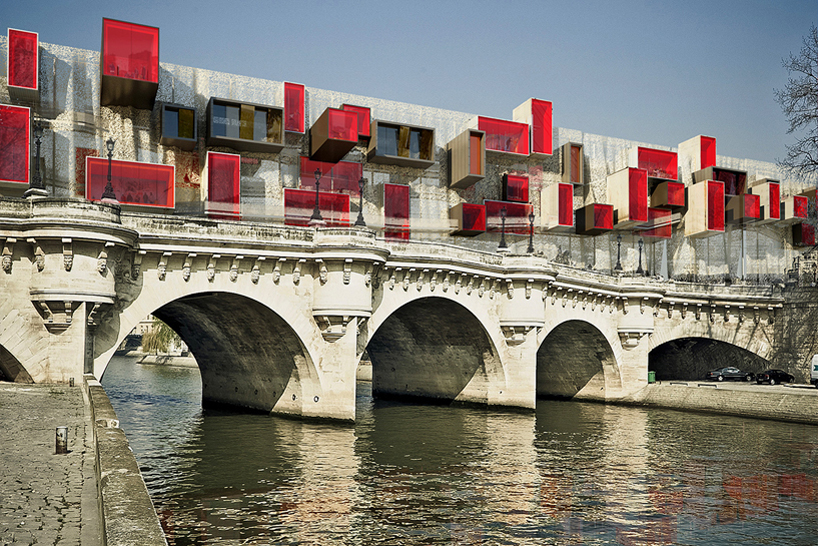 As the economic divide grows and affordable land becomes more scarce, local residents could re-take outlying spaces and even iconic local structures with self-governed parasitic micro-cities. In French architect Stephane Malka’s concept ‘P9 Ghetto-Mobile,’ a collection of rectilinear rooms in a shocking hue of red seems to float within a lace-like structure, hovering above the Pont Neuf bridge in Paris. 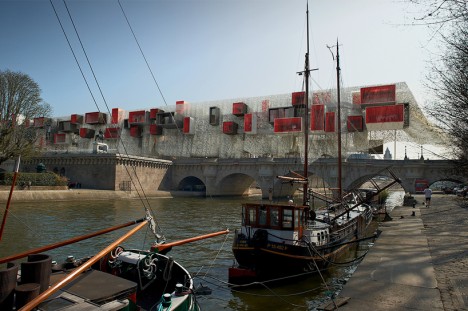 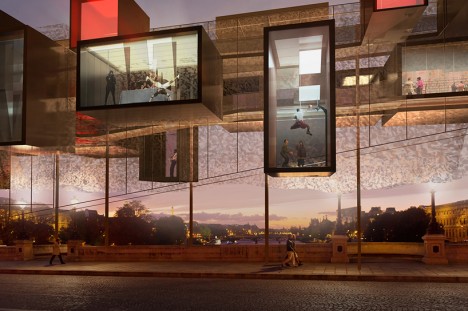 The modular system of private and public spaces, connected by footbridges, could be adapted for all sorts of disused urban settings. The designer describes the scheme as a ‘voluntary ghetto’ in which local residents choose to create their own miniature city with residences, offices, galleries, night clubs, shops and playgrounds, all owned and run by themselves. 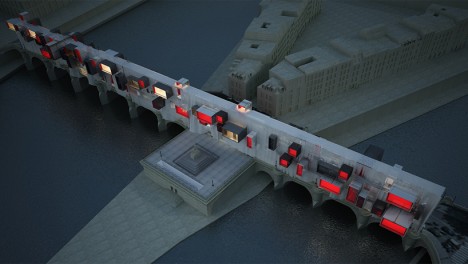 Mounted on scaffolding, the structures can be quickly assembled and disassembled to move on to a new location when necessary, adapting into new configurations as the site and number of participants changes. Says Malka, “It is a voluntary ghetto, an organized community of ideas, a hood built from an appropriation of land both conquered and controlled.” 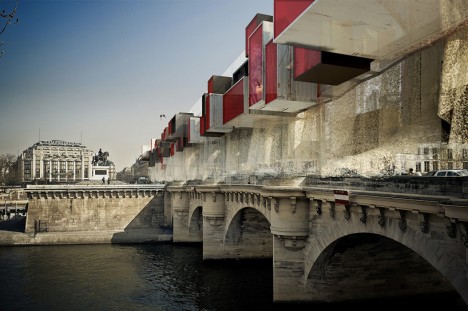 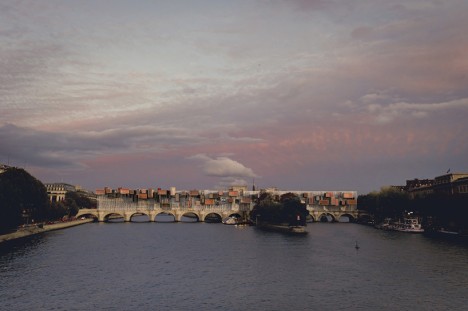 The concept calls to mind other bridge city designs, which either reinvent existing bridges like the London Bridge and abandoned stretches of highway in Italy, or create entirely new infrastructure to stretch architecture across canyons or bodies of water.