A combination of contemporary regionalism and sustainable urbanism, this design strategy proposed by an Italian architecture firm involves a series of modules for living, working and interacting at different scales. Notably different from most models of urban design is the intentional lack of density, raising the question: is the premise that good urban strategies revolve around dense centers a universally valid one? 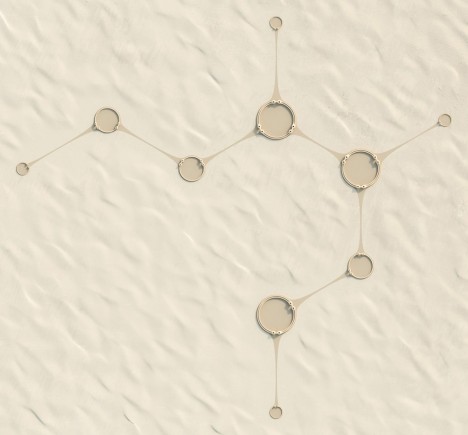 Connected by lines that serve as both dividers and connectors, the smallest modules are family-sized units, the mid-sized variants working as cultural, research and service centers and the largest operating as micro-cities with more complex communities.

By spreading these out, maximum use can be made of minimal rainfall (water capture) as well as sun exposure (solar power), rendering each unit relatively or entirely self-sufficient. Internally, composing, recycling and other sustainable strategies would be employed as well.

Luca Curci Architects describes the approach as follows: “The project-plane is made by a series of identity-places with symbiotic interconnections among them which create an organic and articulated system. The identity-places can be divided in 3 macro architectural types, different for dimension, function and inhabitants. Each identity-place is developed following residential and architectural solutions which respect the environment’s tradition, climatic condition and resources.”