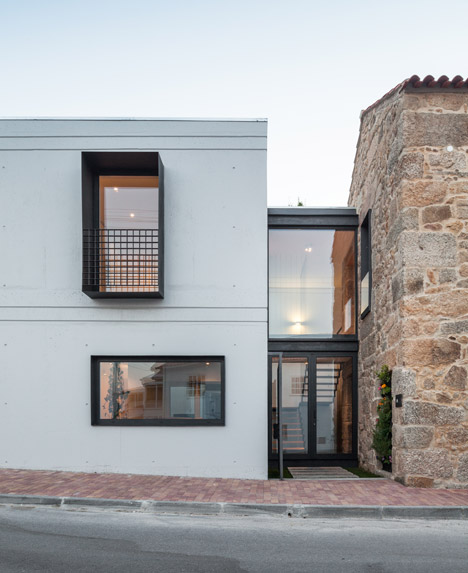 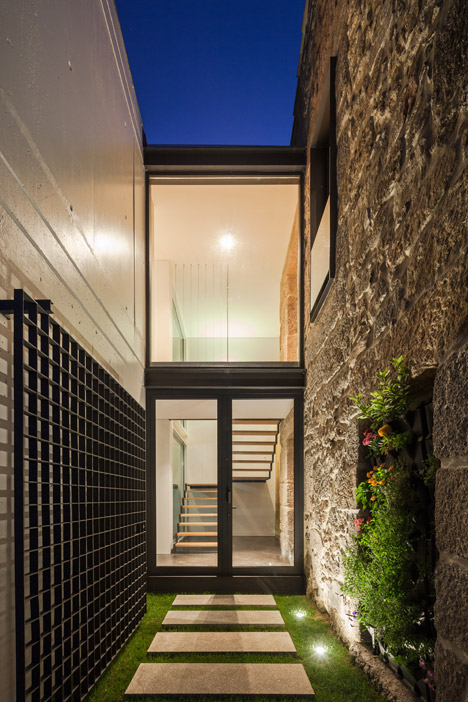 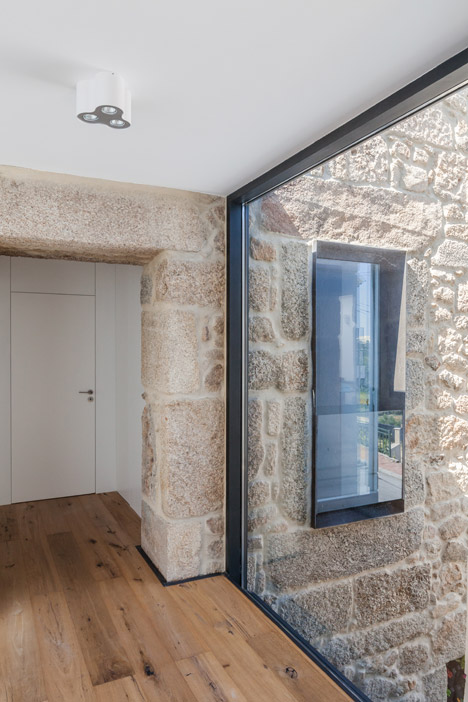 A glass-fronted stairwell brings together an existing stone house and a new concrete extension in this family home renovation by Filipe Pina + Maria Ines Costa. House JA, located in the northern Portuguese city of Guarda, was crafted from crumbling ruins which were carefully reconstructed and then integrated into a contemporary whole. The contrast between the original stone and the new concrete elements are intended to “combine the rural and urban lifestyle.” 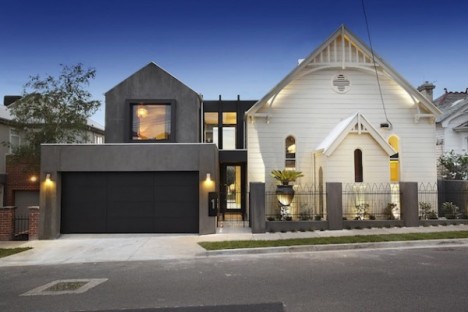 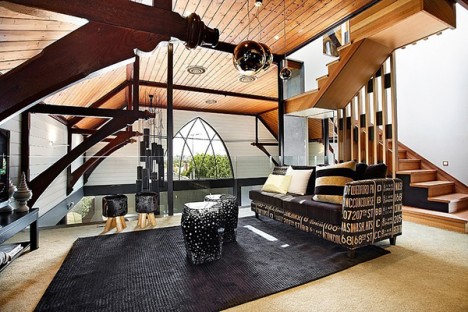 Bagnato Architects converted an 1892 Moonee Ponds church into a home in Melbourne, Australia. The Gothic-style timber church has seen many uses over the decades, acting as a venue for sports meetings and other social activities, before the current owners purchased it in 2007. The architects added a contemporary expansion made of concrete and glass that connects to the original building, which stands out in pure white. 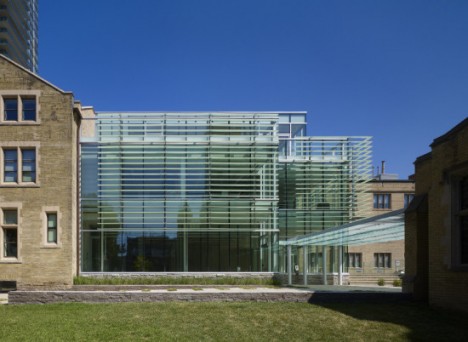 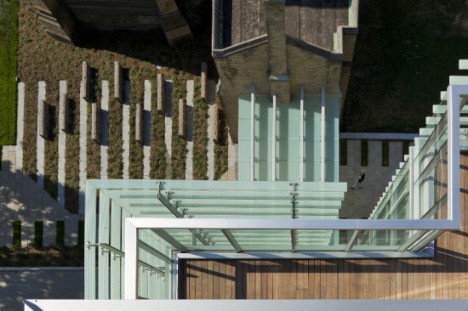 The glass building added to the St. James Cathedral Parish House in Toronto by architectsAlliance acts as a modern-day cloister, uniting several historic structures across a courtyard. The diocese wanted to bring the complex into the 21st century while adding more space for archives, an outreach program and visitor’s quarters. “The idea of the addition was to convey an image of the Church itself as a kind of more open institution, much more transparent and contemporary,” says aA’s Rob Cadeau. “There’s a lot of use of glass, both as a contemporary material, but also to convey that idea of transparency, for the symbolism of the project.” 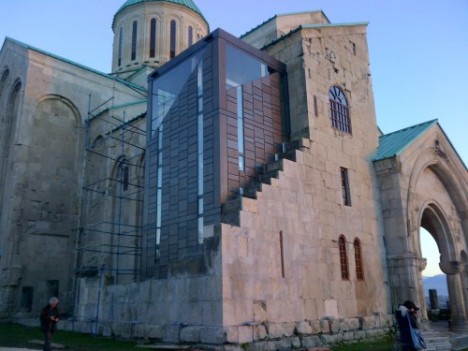 Sometimes, these modern additions aren’t all that welcome, especially when they significantly change the character of the existing structure. The 11th century medieval Bagrati Cathedral in Kutaisi, Georgia underwent a controversial renovation in 2011 that added a modern component to one side of the building that was destroyed so long ago, nobody knows what the church originally looked like, making a full restoration impossible. This is seen by some as a political move by former President of Georgia MIkheil Saakashvili, who spearheaded the renovation in opposition to heritage professionals like UNESCO who thought it would be better left alone. After the renovation was complete, UNESCO changed the church’s status from a historic site to a cultural site to reflect the fact that the project wasn’t completed with sensitivity to the structure’s heritage in mind.