Previously featured on WebUrbanist, Postcards from Pripyat is an essential in any drone urbex collection. It was filmed by Danny Cooke on a trip to Ukraine as part of a 60 Minutes story aired on CBS about the aftermath of the Chernobyl nuclear incident and ongoing efforts to cap the remains of the reactor. 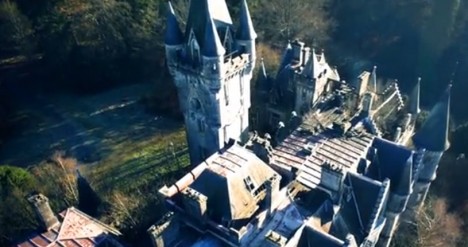 Miranda Castle in Belgium is an undeniably beautiful building, even in its decrepit state, but many of its best details are ideally seen from close up or even above, as these aerial drone footage illustrates admirably. Its spires, chimneys, balconies and more are all on display thanks to the filmmakers of the Icarus Project. 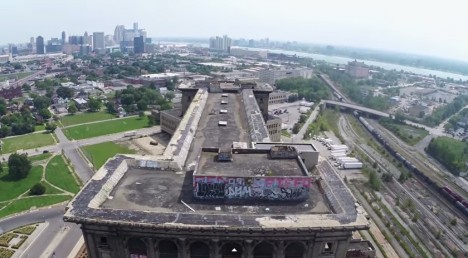 Michigan Central Station may be one of the most famous (and massive) abandoned places in Detroit, towering over the surrounding low-rise neighborhood and full of hidden dangers – but not for a drone flying up the side, swooping around and ultimately over it. 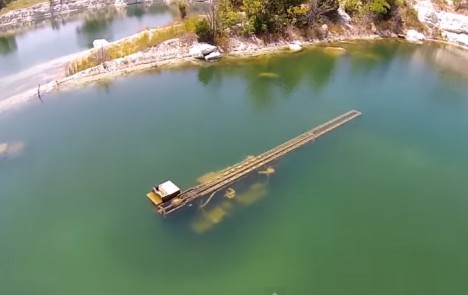 Flying over an abandoned water-filled quarry, this drone makes a series of discoveries, finding abandoned bulldozers, cranes and other heavy equipment submerged in water when the place was flooded then left behind to decay underwater.