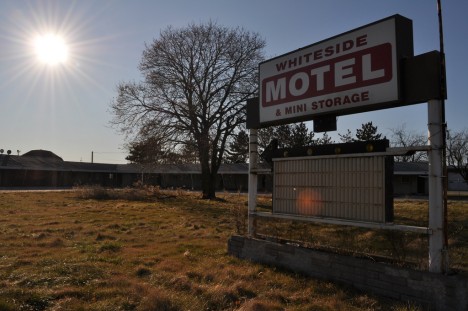 Whiteside Motel & Mini Storage… you can’t make this stuff up. A tip of the cap to Flickr user William (Aces & Eights Photography) who seemingly had nothing better to do on Christmas Day of 2011 then to explore this godforsaken place. 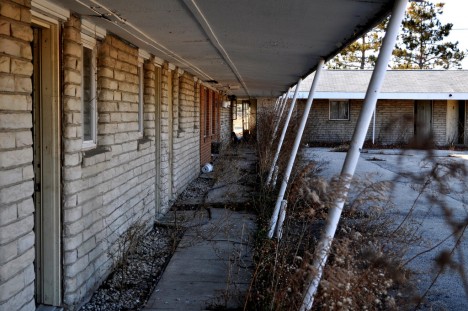 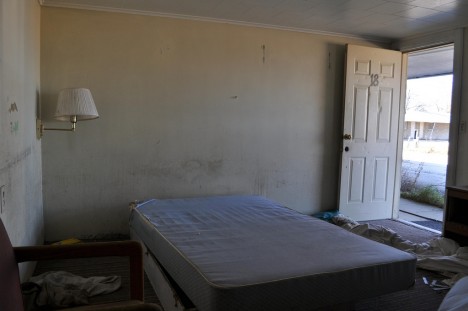 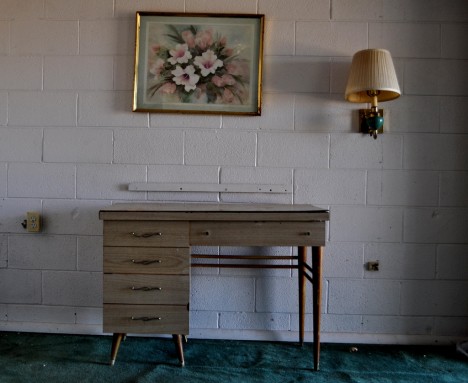 And we’re glad he did! Though the “mini storage” section may have been locked as was the motel’s office, at least the rooms were open for entry by assorted urban explorers and copper thieves. What a creepy place – who knows what people were storing there and frankly, we don’t want to know. 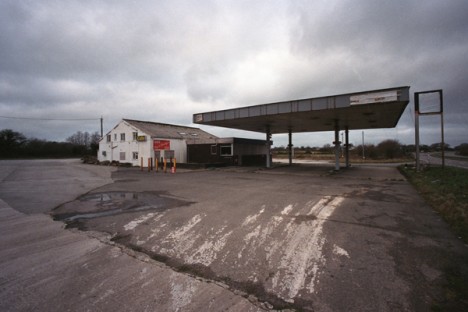 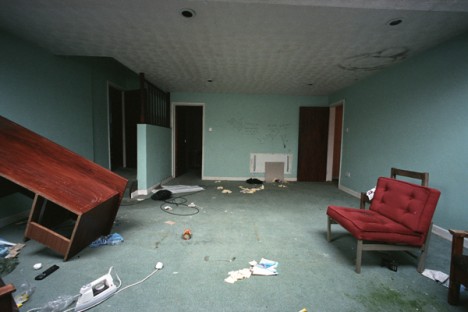 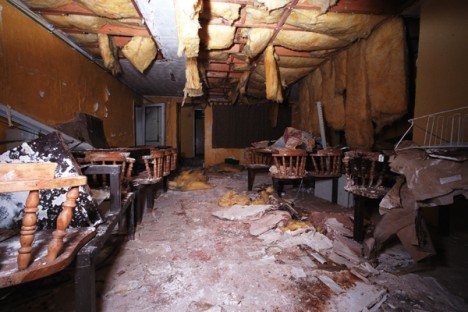 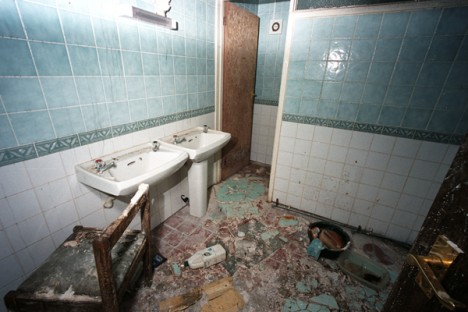 We’ve featured images from Flickr user leon S-D (littleweed1950) before and odds are we’ll do it again. This time around, the intrepid urban explorer gained access to an abandoned motel and rest area on the A30 road between Bodmin and Lauceston, Cornwall, England. Nice to know abandonments share some common features regardless of nationality, like being trashed by vandals just for fun. 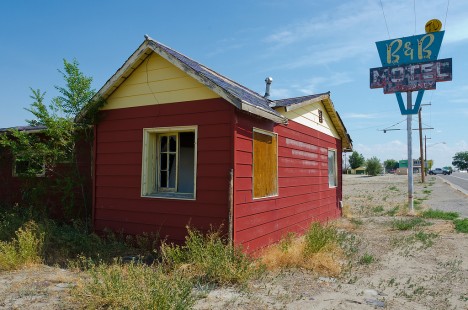 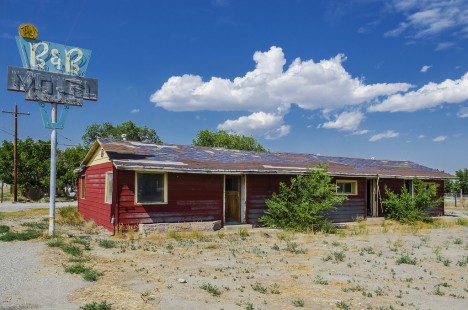 Death Valley… nice place to visit but you wouldn’t want to live there – or even stay there more than you need to. Perhaps that’s what doomed the B&B Motel. Located in Shoshone, CA (population: 31 as of 2010 and dropping fast), the ol’ B&B appears sun-blasted enough to have been abandoned for quite some time. Credit Flickr user Philippe Reichert with the above shots of the B&B taken on a sunny Death Valley day (are there any other kinds?) in July of 2013. 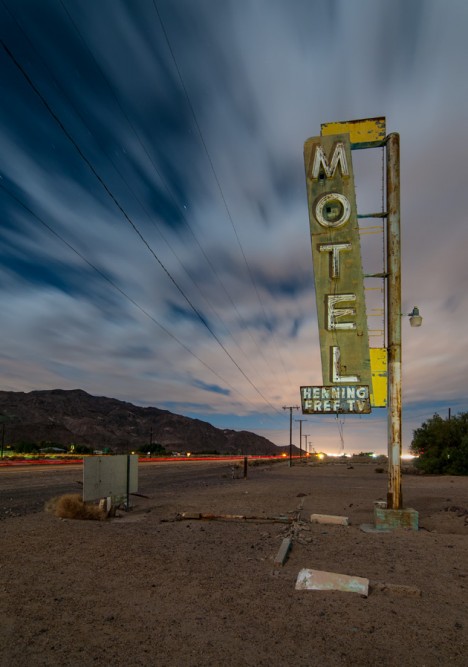 Route 66, where motels go to die… and where Flickr user Noel Kerns goes to photograph them. The abandoned Henning Motel is typical of the genre: built with the best intentions on an ideal travel route yet choked of revenue once the road became far less traveled. Not even the allure of “FREE TV” could save the Henning, leaving its remains to remain but a sign of the times.