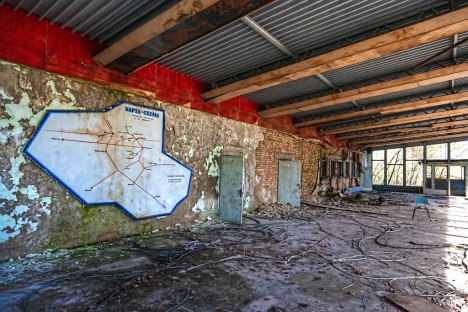 Unlike most former bus terminals, the one at Pripyat in the Ukraine was busy up until it, and everything else in town, was abandoned in the wake of the 1986 Chernobyl nuclear disaster. Credit Flickr user Matt Shalvatis (Matt. Create.) with the image above, taken inside the abandoned bus terminal on April 27th of 2012. 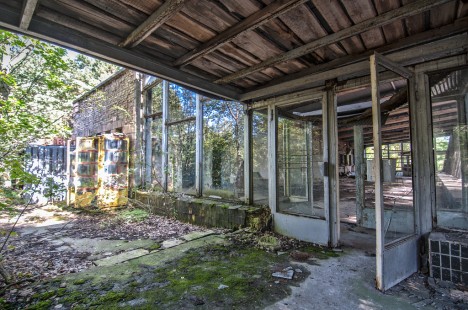 Soviet style never looked so good, and the abandoned Pripyat bus terminal is a prime example of the communist aesthetic. Flickr user Stanislav Vederskyi took the panoramic image above on October 11th of 2014. Guess he had some time to kill while waiting for the bus. The second photo comes courtesy of Tom Kacmary (divine.visions).

Happy Trailways To Ya! 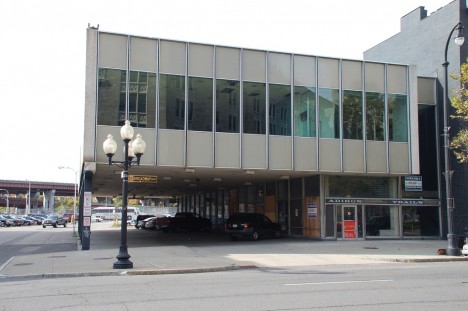 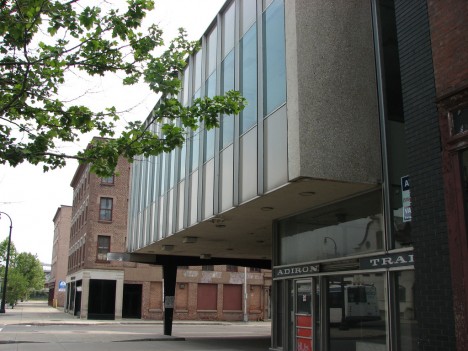 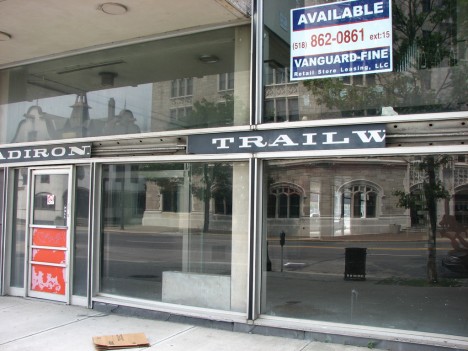 The former Adirondack Trailways Bus Station in downtown Albany, New York was built in the early 1960s when the writing was already on the wall for intercity bus transportation. 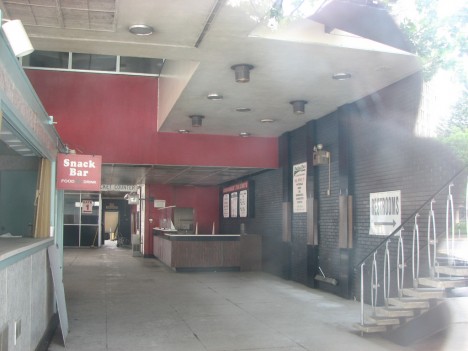 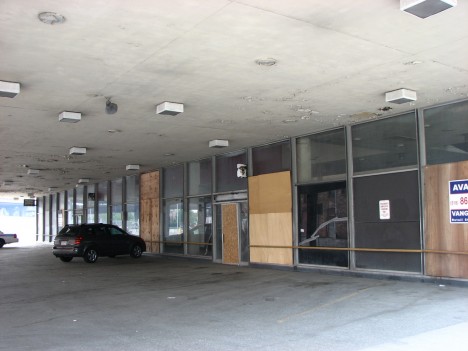 Today the writing’s still on the wall… literally, thanks to graffiti taggers determined to make a statement few travelers will see. Kudos to Flickr user Jack Thomas (snappyjack1) for photo-documenting the station’s sorry state, long after it closed in the 1970s. 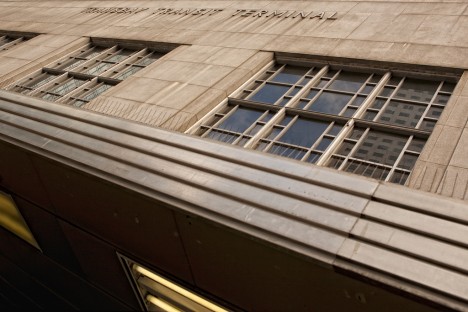 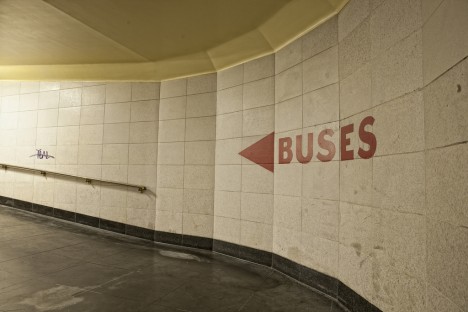 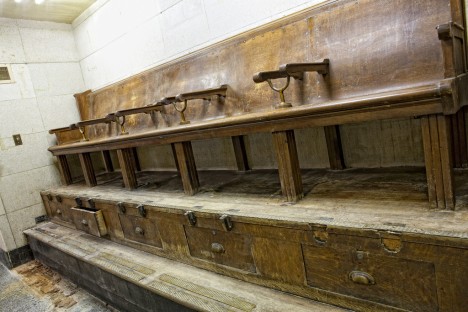 The old San Francisco Transbay Terminal opened in 1939 and offered travelers a wealth of state-of-the-art features including a communal shoeshine stand, rows of telephone booths, sculpted wooden benches and even a jail! 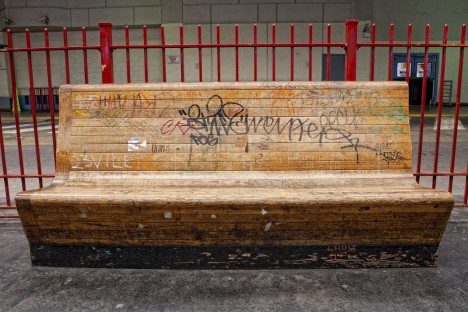 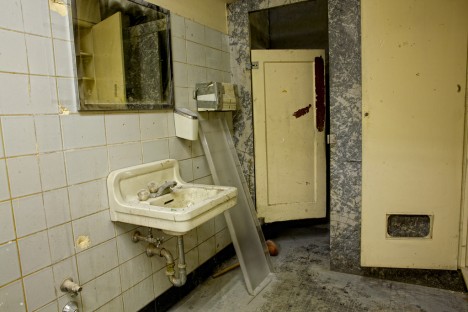 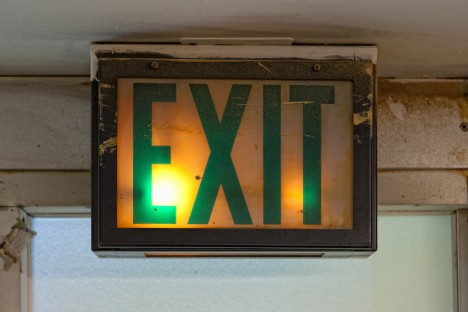 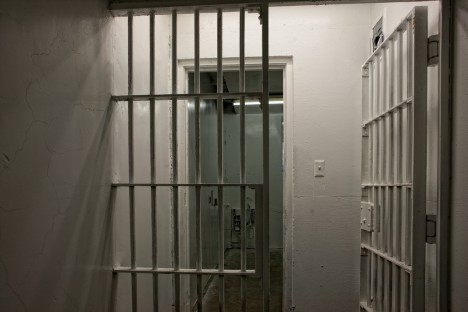 Flickr user Shawn Clover was able to access the old Transbay Terminal on its final day – July 30th of 2010 – and snapped a superb series of iconic images crystallizing the essence of intercity bus travel in its heyday. 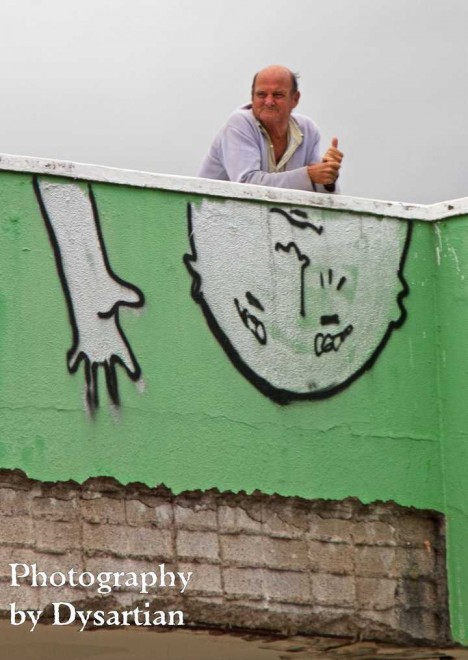 Flickr user Glyn Ednie (Dysartian) was in the right place at the right time – those being the abandoned bus station in Puerto de la Cruz, Canary Islands on May 26th of 2013, respectively – when he chanced to look up and spy an unhurried-looking elderly gent above some innocently awesome graffiti. Was the old geezer pining for the lost golden age of bus travel or did he simply forget the terminal had closed? Perhaps both… and though he’s likely to be late to his destination, he doesn’t appear to care.