No doubt the Classical Greeks of Socrates’ era would have appreciated the above frieze of a sprinting greyhound more than modern-day commuters do. Actually, this embossed plaster representation of the Greyhound bus logo looks about as timeworn as some of those Athenian stone carvings. 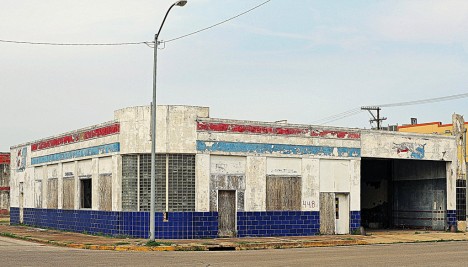 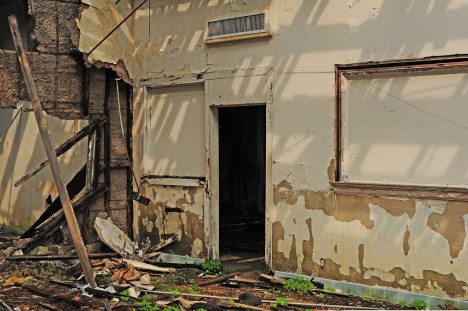 Kudos to Flickr user Rob Sneed for snapping off a few shots of the long-abandoned Greyhound terminal in downtown Port Arthur, Texas in May of 2012. We’ll assume he got there by car, scooter, bike… any way but by bus. 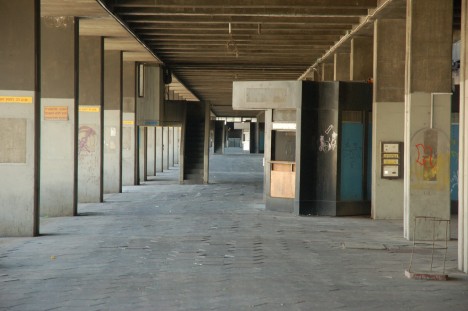 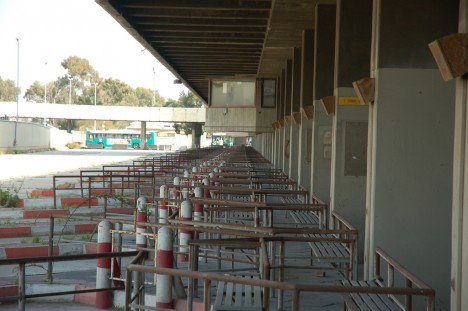 The Bat Galim Central Bus Station in Haifa, Israel, combined transportation and recreation in a stylish indoor/outdoor complex. In 2002 and 2003, however, the station’s prime function was supplanted by two newer and smaller terminals leaving Bat Galim to wither and die. 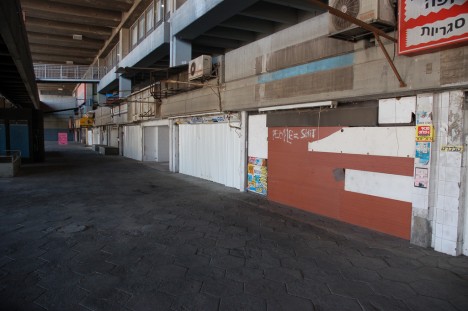 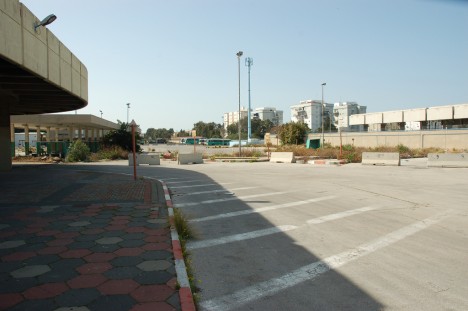 “The business area of the station now hosts strip clubs,” according to the station’s Wikipedia entry – citation needed. The photos above were taken by Flickr user David King (david55king) in March of 2008. 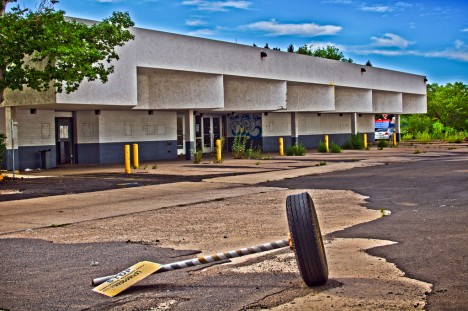 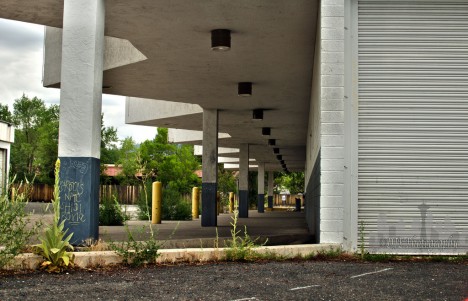 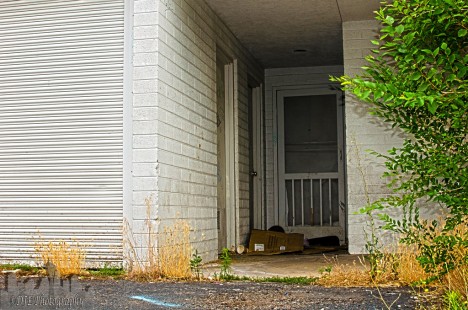 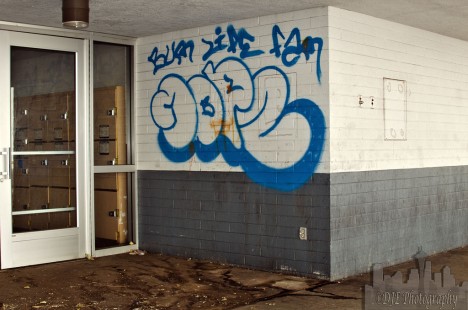 Talk about post-apocalyptic! This abandoned Greyhound bus terminal in Flagstaff, Arizona exudes a no-nonsense Sixties vibe that’s faded faster than a flower blossom stuck in a gun-barrel. Full props to Flickr user Derek Ellis for capturing the decrepit condition of the former bus station on a bright summer’s day in July of 2012.