A bronze bust of the late educator Hikoichi Orita was vandalized so often, Kyoto University administrators put it into storage – still, the students persisted. 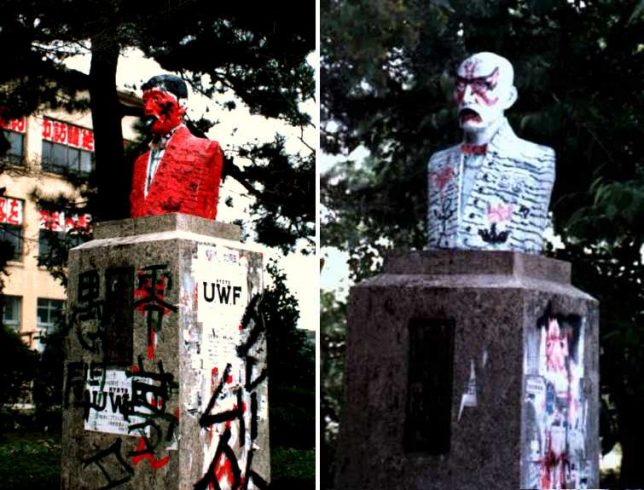 Orita-sensei played an instrumental part in the founding of Kyoto University back in 1897. In 1950, a bronze bust of the revered former headmaster was set atop a stone plinth near the university’s Yoshida South campus. Uneventful decades passed… until one night in 1990, students protesting the First Gulf War spray-painted the statue’s face red and captioned it “Angry Person”. 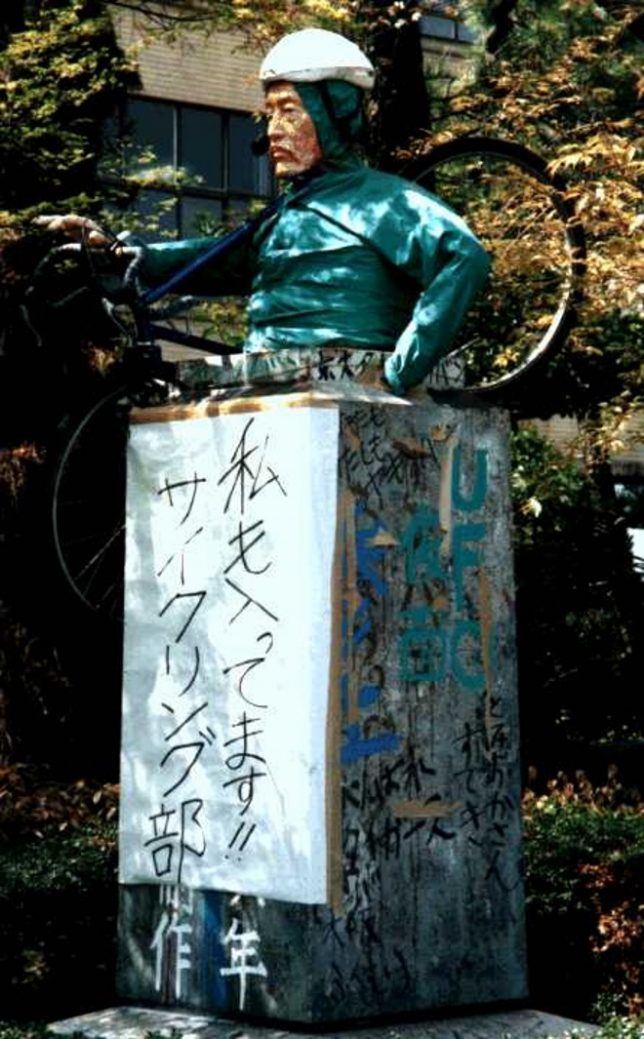 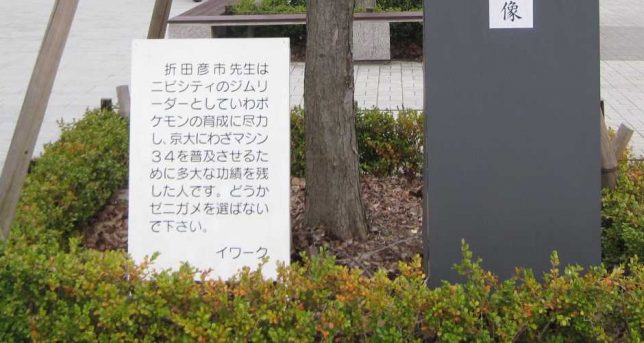 The school’s Faculty of Integrated Human Studies dutifully cleaned the bust after each incident and added a signboard reading: “As headmaster of Third Senior High School, Orita Hikoichi-sensei assisted in the founding of Kyoto University, and is a person who has left behind many achievements in pursuit of academic liberty at Kyoto University. Please do not dishonor this statue.” Problem solved! 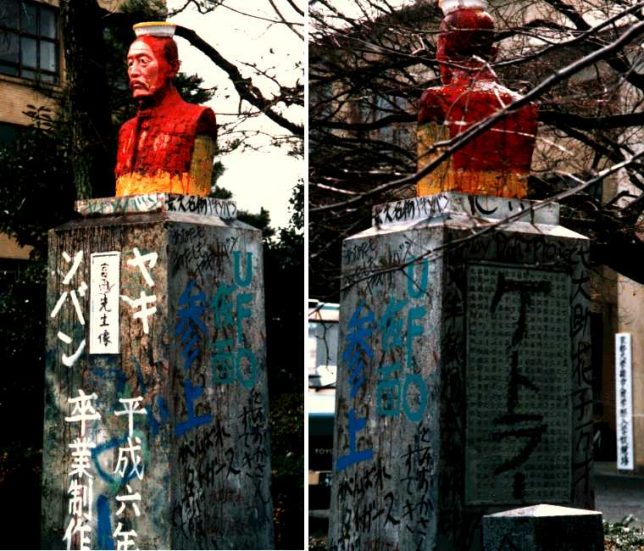 Notwithstanding the printed admonishment (see “Streisand Effect”), poor Orita-sensei’s bronze bust was defaced again and again while the vandalism grew gradually more elaborate. A bizarre tug-of-war ensued between authorities trying to maintain the bust and students trying to deface it. Finally in 1997, the school had had enough: the bronze Orita-sensei bust was removed from its plinth and unceremoniously retired to the basement of the Integrated Anthropology Department. Problem solved… again? 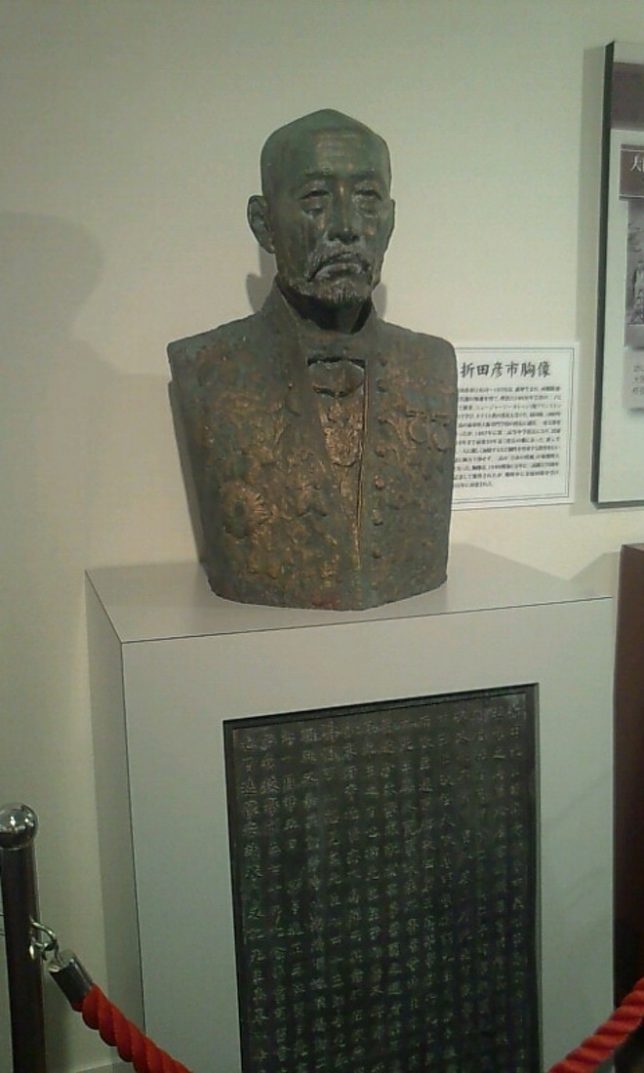 It’s still there today, suffering only the occasional minor indignity of a feather-dusting by the cleaning staff. Poor Orita-sensei doesn’t look too pleased by his relocation, as snapped by Flickr member jun sasaki (doublemachen) in February of 2015. Meanwhile, the stone plinth still stood outside at the Yoshida South gate, bust-less. It would not remain so for long.