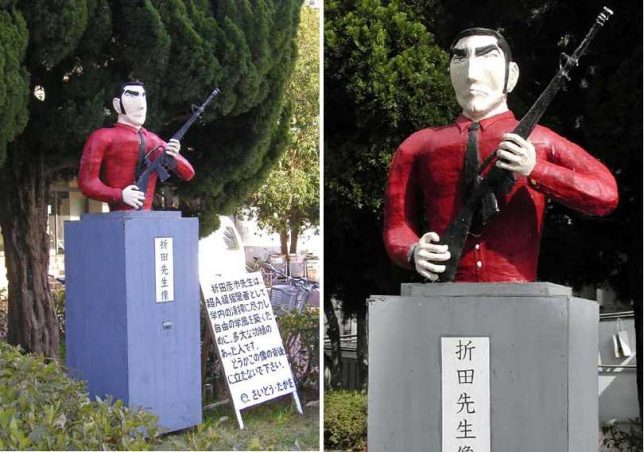 Who knows what Kyoto University administrators were thinking when they removed the statue of Orita-sensei but left the monogrammed plinth and anti-vandalism advisory in place. It seemed like an open invitation for more vandalism but with nothing to vandalize, students seeking to make a statement were left to their own devices. As the not-so-old cliche goes, “Challenge accepted!”  One of the first substitute statues that appeared in early 2003 depicted Duke Togo from the popular manga Golgo 13. 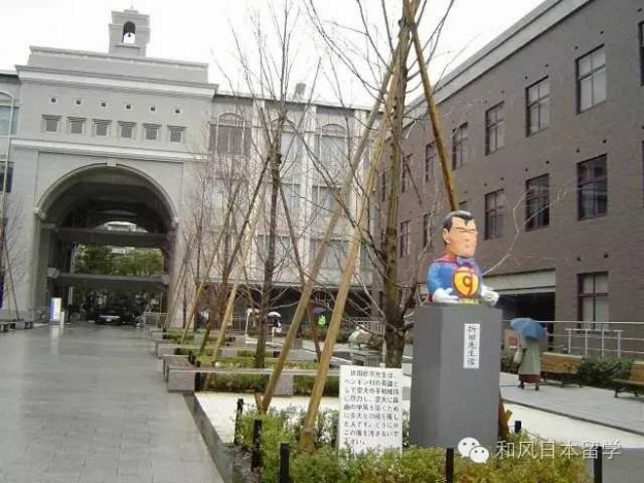 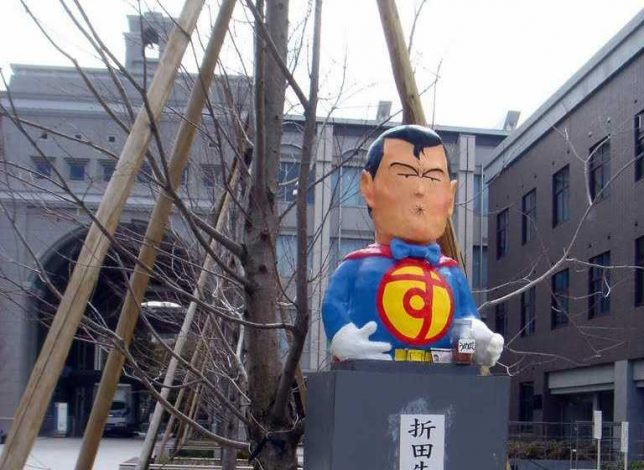 In contrast to their attitude regarding the actual, pre-1997 bronze bust, school administrators have pursued a hands-off policy that not only encourages the students’ creativity, but also appeals to their sense of responsibility. Take the above statue of “Tsupaman“, installed in early 2005. The figure looks to have been constructed of painted papier-mache. 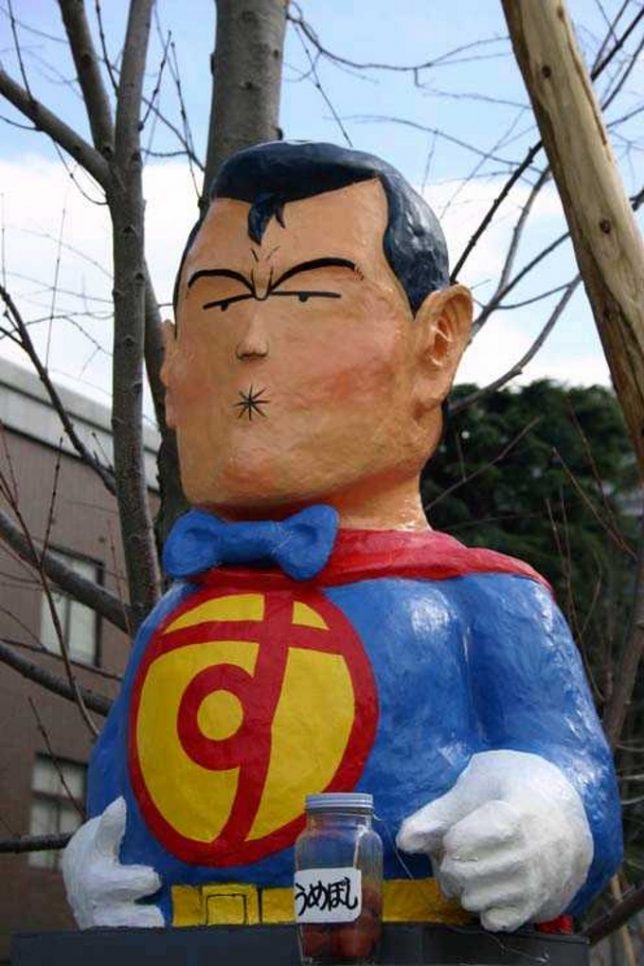 The “tsu” character on his chest is the first syllable of “Superman” in Japanese pronunciation and also describes the puckered expression someone might sport when eating an intensely sour pickled plum – that’s a jar of “umeboshi” resting by the bust’s left hand. 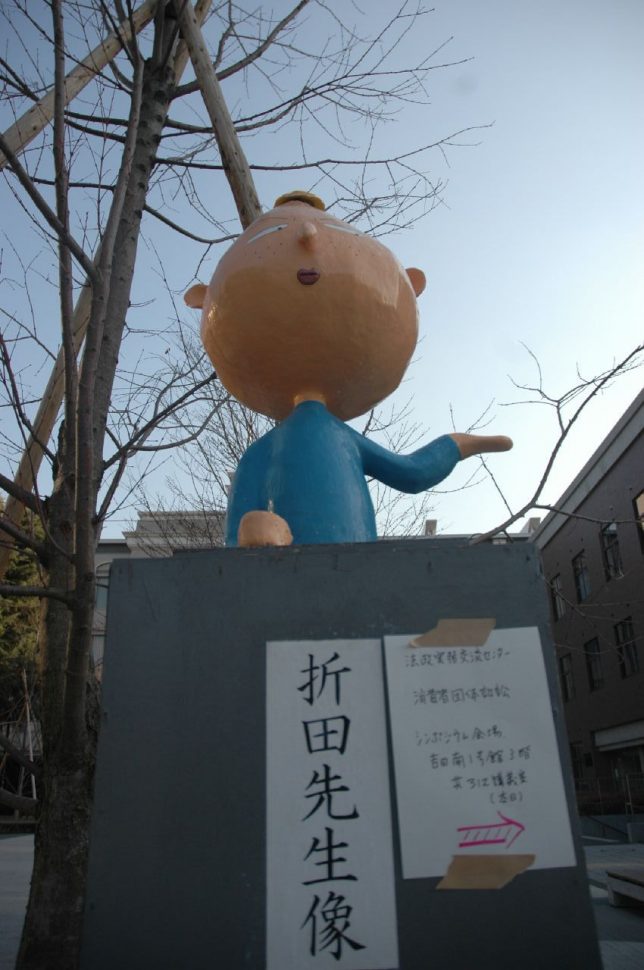 The anonymous students who design these replacement Orita-sensei busts know their audience well – they’re their classmates, after all. As such, the 2006 edition of the bust featured Nagasawa-kun, a character from the manga and TV show Chibi Maruko-chan. 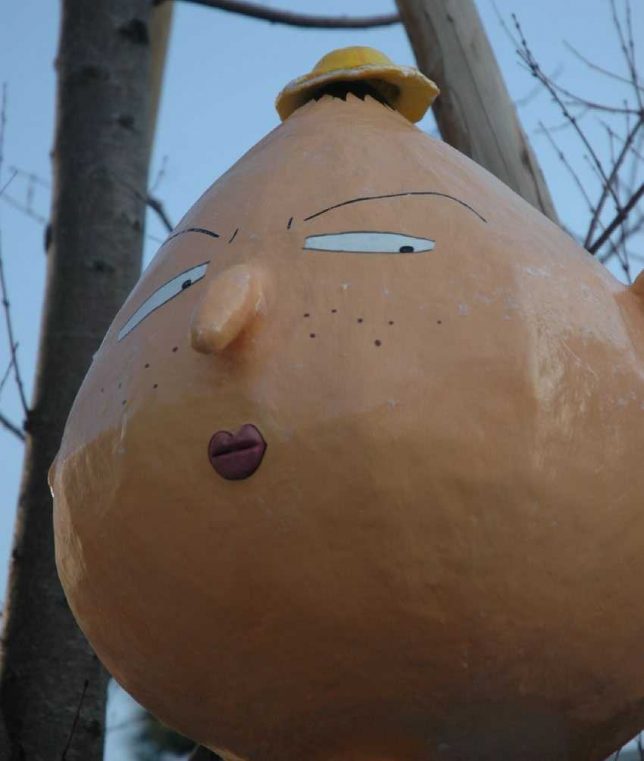 Nagasawa-kun has an onion-shaped head and a cynical attitude acquired after his family home burned down – he feels the world and everyone in it is out to get him. In other words, a typical university student. Flickr member Ippei Suzuki (is_kyoto_japan) snapped the bust in early March of 2006.