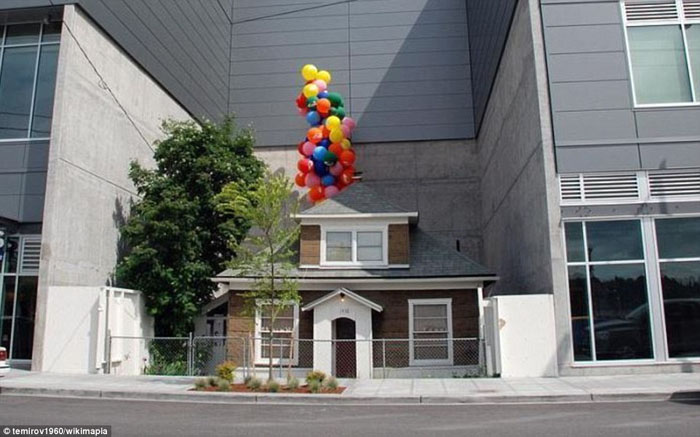 In the esoteric realm of ‘nail houses’ – properties whose owners refuse to sell them to developers at any cost – Edith Macefield‘s may be the most well-known, but her century-old home now appears doomed to face a wrecking ball. 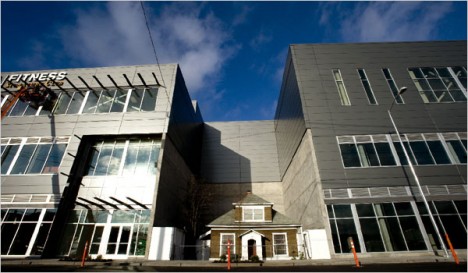 An auction for the property was just completed but no buyers were found – anyone purchasing the house would also have had to adopt its existing $500,000 mortgage, which, despite its fame, was not enough to attract either curious collectors or real estate developers.

Macefield herself turned down an offer for $1,000,000 from developers trying to buy up the land for a commercial complex, hence the construction of a giant concrete wall on three sides as their project went ahead without this last little lot. 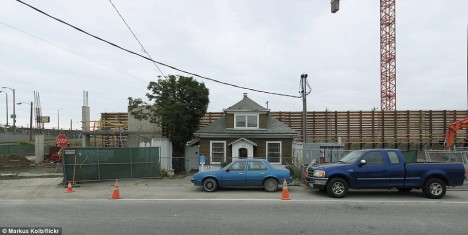 In a strange but heartwarming twist: before she passed away in 2008, Macefield befriended the superintendent of the surrounding commercial development. Apparently she ultimately enjoyed the attention and company brought by the development. 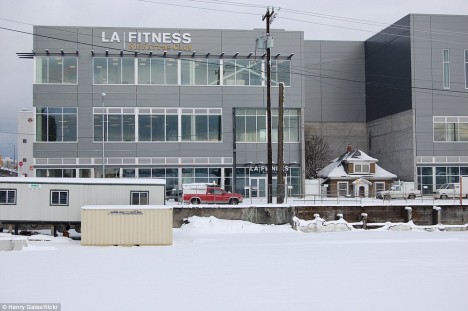 As Macefield aged, this superintendent began taking her to appointments and purchasing her groceries and their friendship grew. In the end, she willed him the property – in an attempt to respect the gift, he then tried to make it work as an office or restaurant.

At this point, the house has been boarded up for some time now and the failed sale leaves few possibilities outside of its destruction. It has no historic preservation status, for instance, that might further delay its demolition. 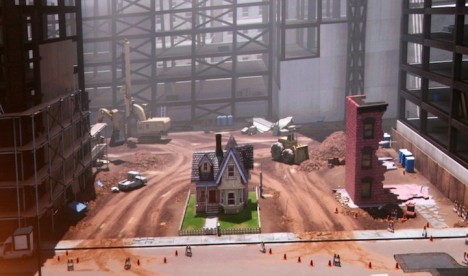 Some fans hoped Pixar Animation Studios, producers of ‘UP’, would buy the house for publicity purposes and spare it the wrecking ball, but there has been no news on that front. 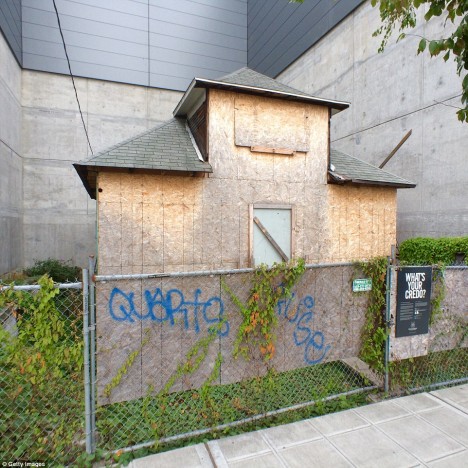 Though there are many holdout homes around the world, hers has become a symbol of resistance – her defiance a story that will certainly outlive the structure itself, whatever its fate.