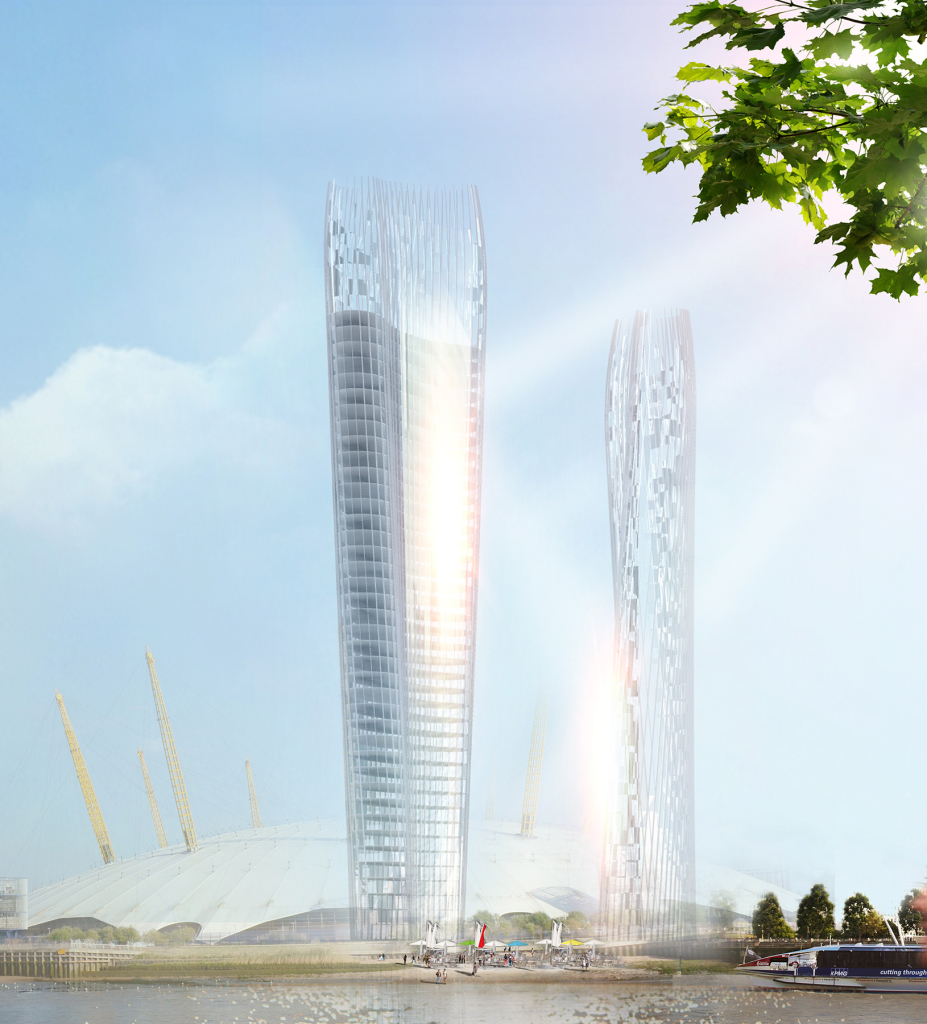 With downtown densification usually comes a lack of light in surrounding spaces, leading one architecture firm to develop the world’s first algorithm-driven strategy to allow a tower to fully shed its shadow. Architects of NBBJ developed this set of adjacent skyscrapers that work in tandem to eliminate shade year-round in the spaces between them, proposing the pair for a prominent site in central London. As the simulation of No Shadow Tower illustrates below, considerations are made for all times of day, reflecting the passage of the sun through the sky from dawn until dusk.

The model inputs are complex, using real sun-tracking data tied to a specific location (though easily changed) but also taking into account everything from basic physics and structural engineering to public spaces and programmatic functions for building users. At the same time, considerations must be made for diffusing any reflected light to avoid creating obnoxious glare or even lighting adjacent spaces, vehicles or objects on fire. Fortunately, it is easier than ever to 3D model as well as implement a complex building shape with custom 3D-printed parts, as architects like Frank Gehry have increasingly demonstrated in recent years. 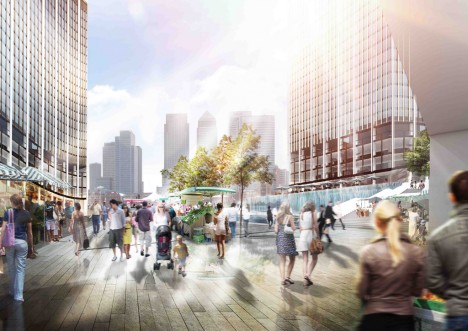 This proposal was inspired by the rapid growth of skyscrapers in areas like London, where 250 are currently planned or in progress, and New York City, where residents are resisting tall buildings that would cast long shadows over Central Park. Large-scale sunlight reflection can be found in built environments already, such as a mountain town in Norway found frequently or for long periods in shade during cold and dark winter months. Conversely, structures in hot climates could also be shaped to deflect sun from occupied spaces during warm summer months – shade and shadows, sunlight and heat can all be shaped, in short, for different environmental needs and conditions.

In this case, of course, the reflector is itself a building, which of course then casts a shadow of its own – arguably a limitation of the scheme applied in other places (in this instance the second structure’s shadow would fall over water). However, a series of structures could conceivably cancel shadows in sequence, creating multi-block solutions if designed in a coordinated fashion, the shape of each informed by the needs of the previous one in the series. Moreover, this is not just about elimination but control – the ability to redirect sun and shade dynamically through design rather than letting it be a byproduct of accidental shapes. Whether or not this particular pair of structures makes it past the conceptual phase, the idea behind them is powerful and the attitude could be applied more readily by (heat- and) light-sensitive architects down the line.