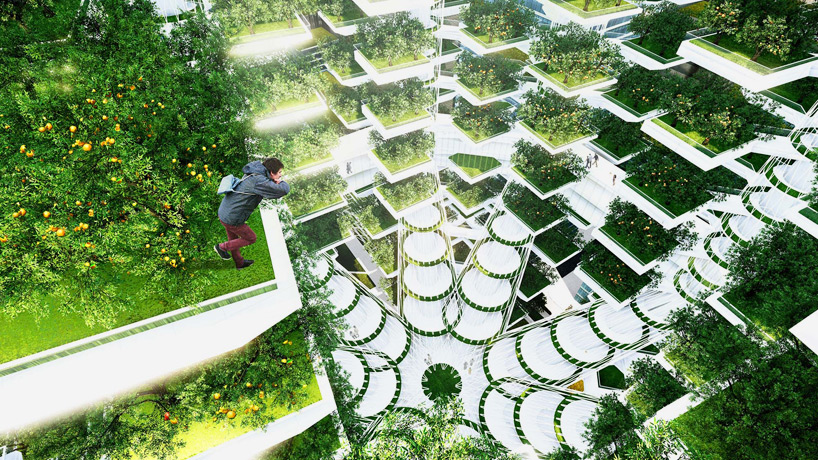 The world’s largest indoor farm has already proven just how amazingly successful food production can be outside of standard agricultural setups, and these 10 urban farm designs and concepts take the possibilities even further by taking advantage of disused spaces, reaching high into the sky and employing modular, portable, prefabricated configurations. 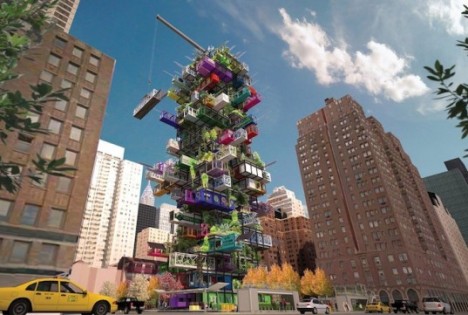 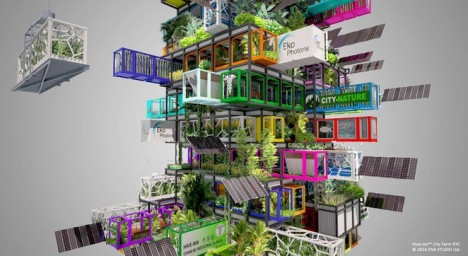 The Hive-Inn City Farm is a prefabricated, modular farming structure that could brig fresh, locally grown food to busy urban districts. The structure reclaims shipping containers and stacks them in a Jenga-like configuration, with each container dedicated to a specific function from growing a certain type of food to recycling waste. The design echoes that of OVA Studio’s original Hive Inn concept, which uses the containers as individual hotel rooms. 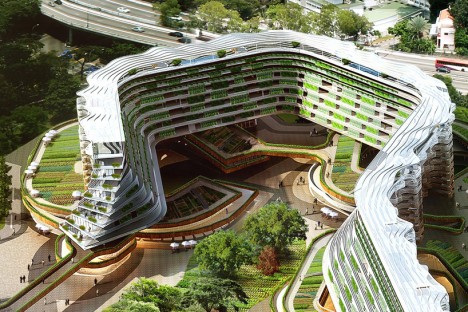 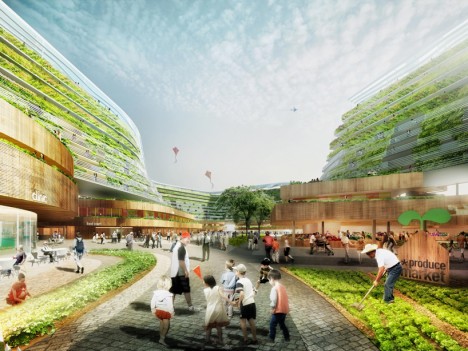 This concept by SPARK Architects solves two problems in one by combining housing for Singapore’s rapidly aging population with urban food production. The ‘home farm’ creates a lush, vibrant garden environment that’s pleasant to live in while also catering specifically to the needs of seniors and using a vertical system to grow edibles, offering part-time employment for residents in the gardens 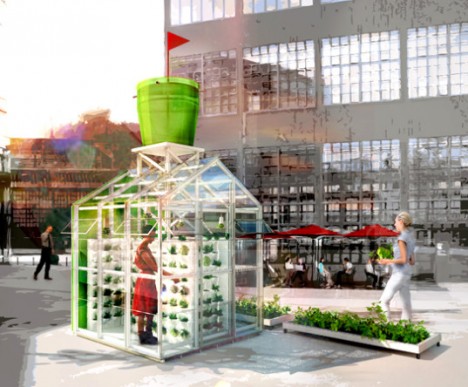 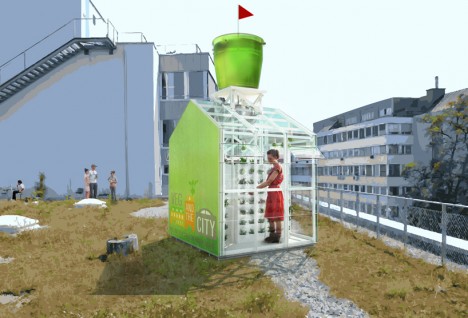 On a smaller scale, various spaces around the city that aren’t being put to good use could serve as temporary locations for miniature farms. The Harvesting Station by Conceptual Devices can grow up to 200 plants within 43 square feet, and is topped with a water harvesting tower that irrigates the plants automatically. 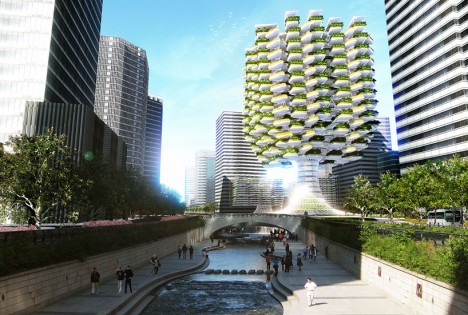 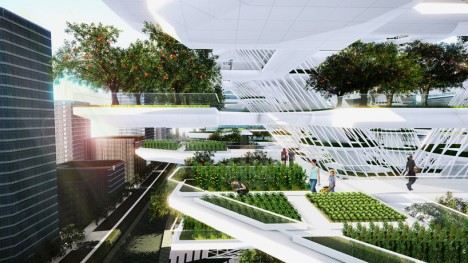 Downtown Seoul, South Korea could become a powerhouse food production center if concepts like Aprilli’s vertical farm are actually built, potentially sustaining a significant number of the city’s large population. The tree-shaped structure frees up space on the ground while raising ‘leaf’ platforms far above street level for access to sunlight, and serves as an iconic symbol of sustainability. 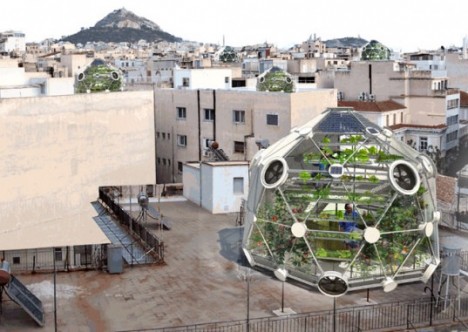 Another small-scale rooftop ming solution is the Globe (Hedron) by Conceptual Devices, a geodesic dome for flat urban rooftops that’s framed with bamboo and functions as an aquaponic system to produce both fish and vegetables. Each greenhouse can feed four families of four year-round.