Responding to the movements of visitors passing through the space, this immersive work of installation art puts you in a private bubble in the midst of dense hanging garden – except this remarkable bubble that moves with you. 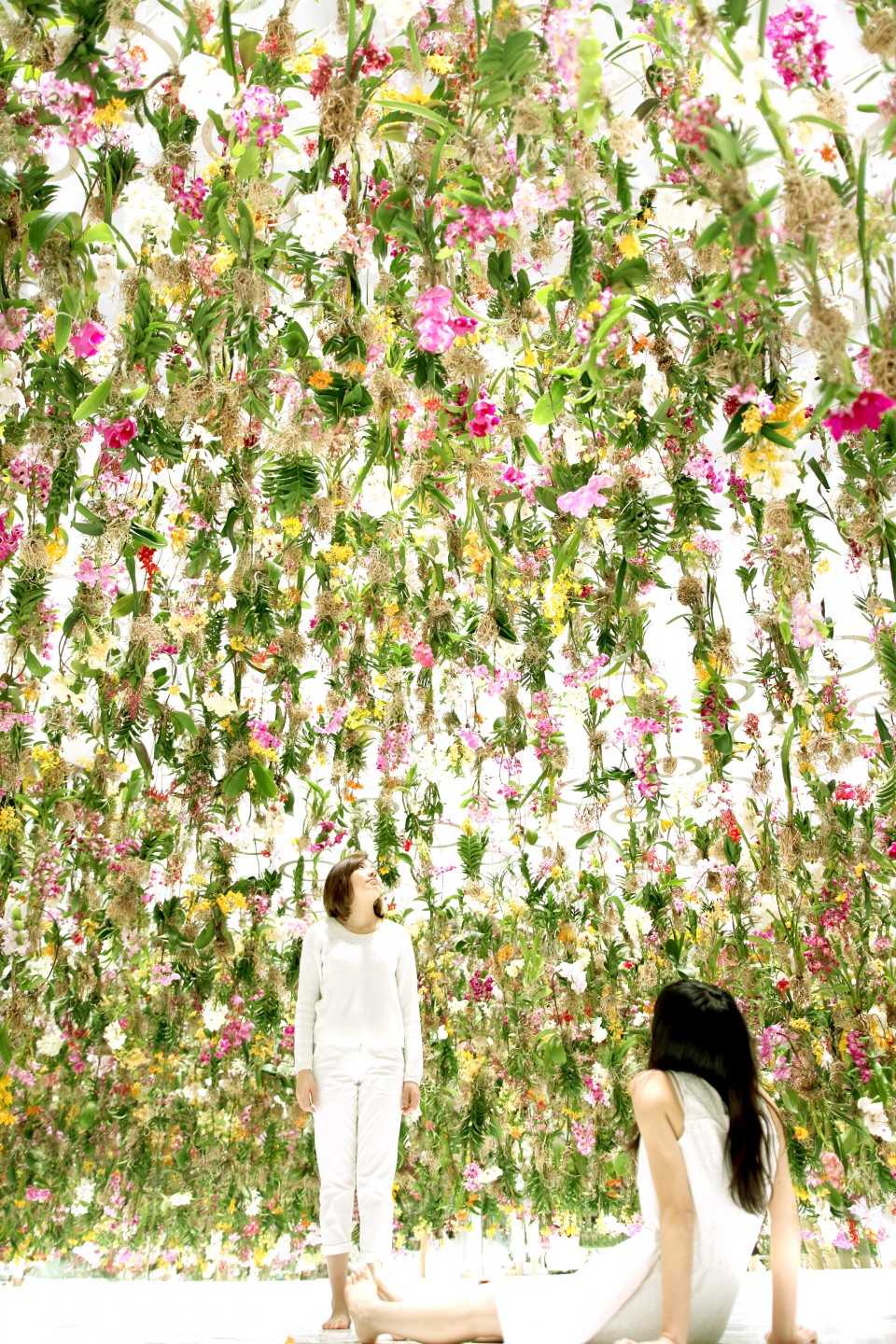 The Floating Flower Garden by TeamLab, a Japanese art collective, is on display in Tokyo, having been extended due to popular demand. Suspended from above, the plants are pulled up or dropped down to both envelop visitors but also given them hemispheres of personal space amid the floating foliage. 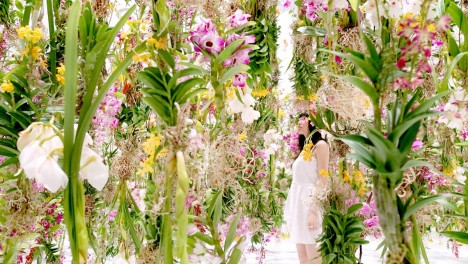 The idea is to make each guest part of the installation, allowing them to separate from friends and experience it alone or to move in groups and see how the computer system responds in realtime. 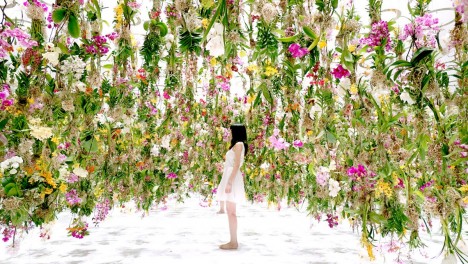 Meanwhile, the digital setup is not the only piece that changes things over time: “these flowers are alive and growing with each passing day. Each flower has a partner insect and the scent of the flowers becomes stronger at the time that the insect is most active, as a result the scent of the air in the garden space changes according to the time of day, morning, noon, and evening.” 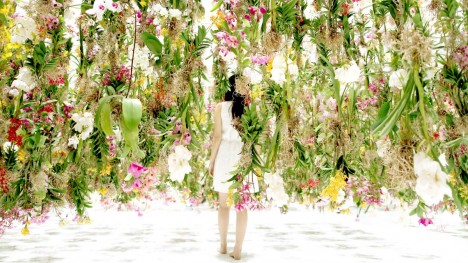 TeamLab believes technology elevates art, but their work also places into pre-modern knowledge and ancient ideas of spatial awareness originating in Japanese philosophy and religion, including Zen gardens. More from the artists: “When a viewer gets close to this flower-filled space, the flowers close to the viewer rise upwards all at once, creating a hemispherical space with the viewer at its center.” 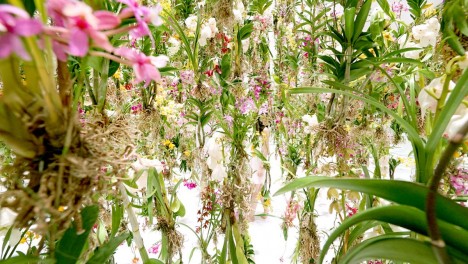 “In other words, although the whole space is filled with flowers, a hemispherical space is constantly being created with the viewer at its center and the viewer is free to move around wherever they want. If many viewers get close to one another, the dome spaces link up to form one single space. In this interactive floating flower garden viewers are immersed in flowers, and become completely one with the garden itself.”