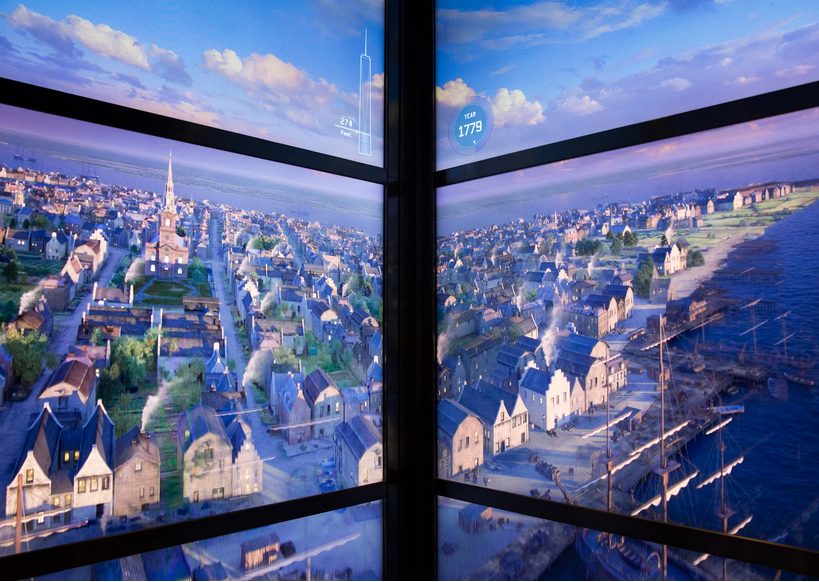 Riding to the top observation deck of 1 World Trade Center opening next month, visitors will be treated to a dizzying view of the city below, but not the one they might expect – instead of looking out windows, they will see their surroundings on lifelike screens, enveloping them in a time-lapse view of New York City’s historic evolution. All of this is packed into a trip that lasts less than sixty seconds (video below).

Inevitably included in this fast-paced vertical ride through history is a view of one of the former Twin Towers, which appears then vanishes off to the right, reflecting its (brief in this speedy history) real-world existence and subsequent absence. This inclusion was contentious and thoroughly debated among all involved parties, but the creators hope it will be seen by the public as a tribute to the fallen towers or at least under as a necessity for accuracy. 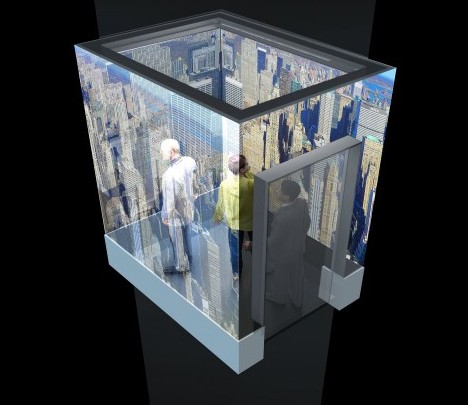 A circular display on one panel scrolls up through the years rather than heights, highlighting the fast passage of time, while a settlement and city emerge from the once-open island on all sides. The show was designed and produced by the Hettema Group and Blur Studio in conjunction with architects of Montroy Andersen DeMarco. 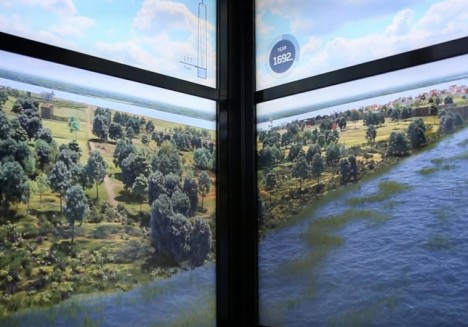 The New York Times sets the scene: “Nine 75-inch, high-definition monitors are arrayed in each cab behind windowlike mullions to convey the impression that one is in a glass-walled elevator. At first, one feels enclosed in bedrock. The year is 1500 and the elevator is 55 feet below ground. As it rises, time advances. The cab seems to head skyward from an offshore marsh, a reminder that the trade center site was originally underwater.” 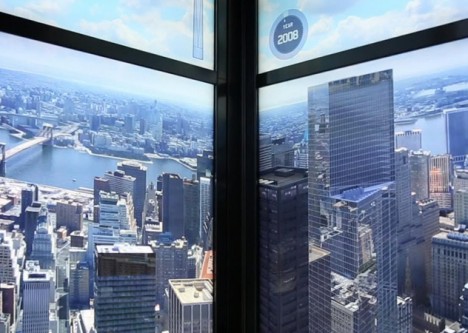 The experience is as historically complete as it is educational and immersive: “A peaceful riverfront settlement is then seen, just before the Europeans arrive. Soon enough, the still verdant island is dotted with the steep, crow-stepped gables of New Amsterdam, as windmill vanes poke up over the treetops.” 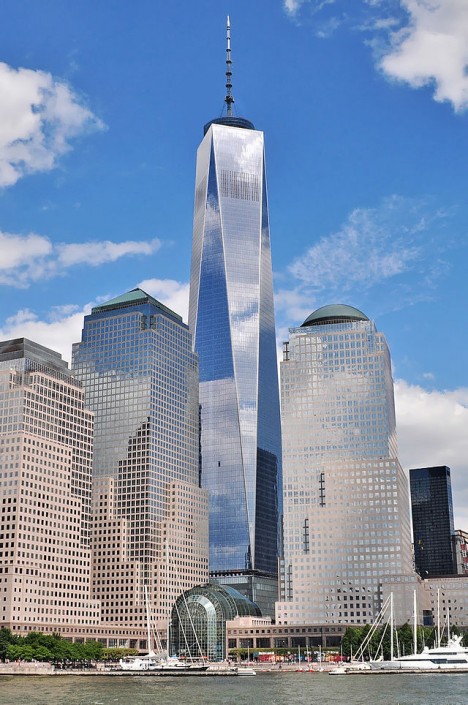 “Height records are made and broken by a succession of tallest towers: the Park Row Building, the Singer Building, the Woolworth Building and the original trade center. Then, the steel framework of the new 1 World Trade Center seems to assemble itself around the cab before visitors once again find themselves within an enclosed space — this time, an elevator shaft.”