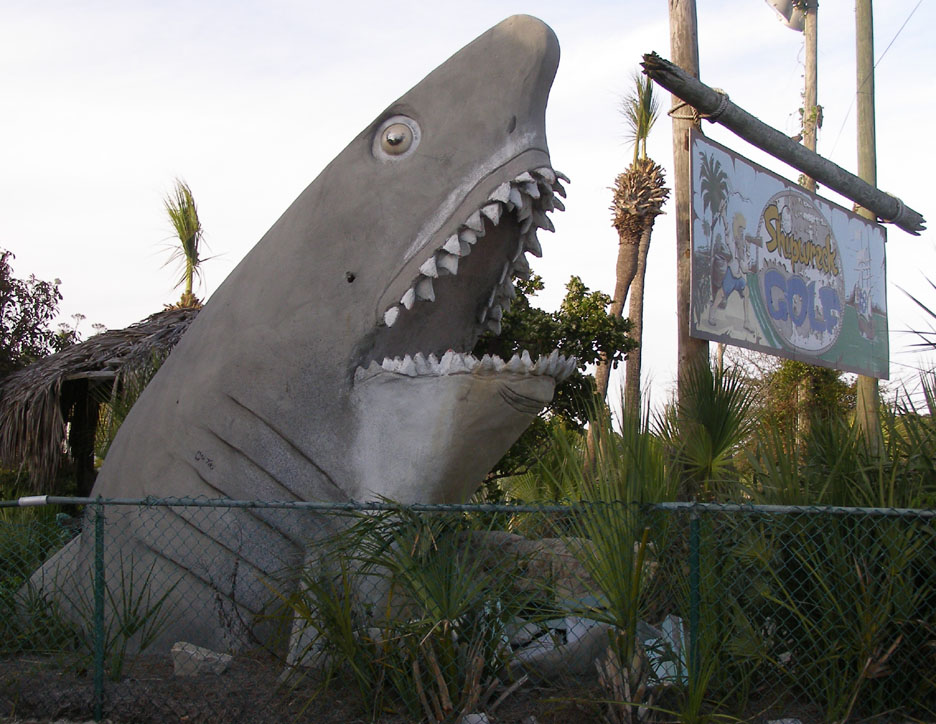 No ifs, no ands and above all no putts. These 12 abandoned miniature golf courses are as silent as the 18th at Augusta when the green jacket’s on the line. 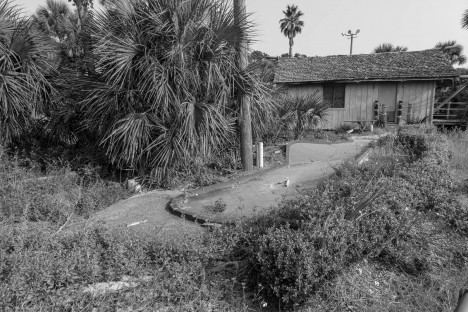 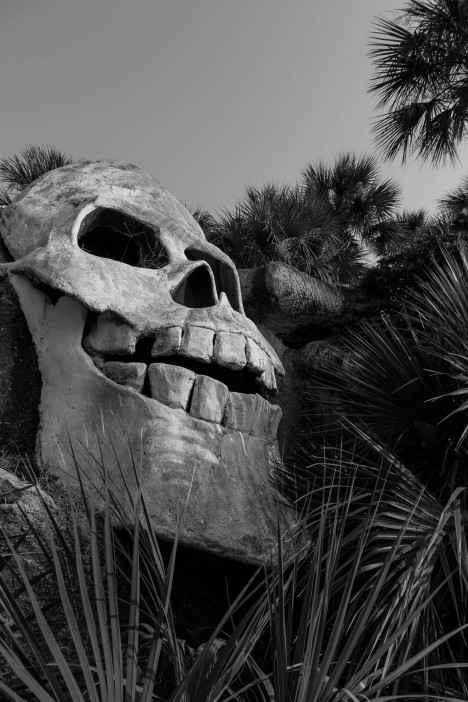 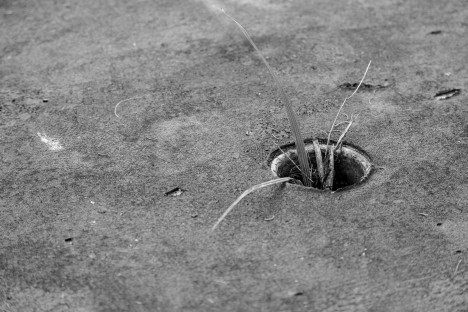 The only birdies you’ll find at the Shipwreck Island Waterpark‘s kitschy minigolf course in Panama City Beach, FL are those busy building nests in its mouldering infrastructure. Kudos to Flickr user epyonxero (John Moore) for capturing the abandoned minigolf course in all its spooky black & white glory on August 30th of 2013. 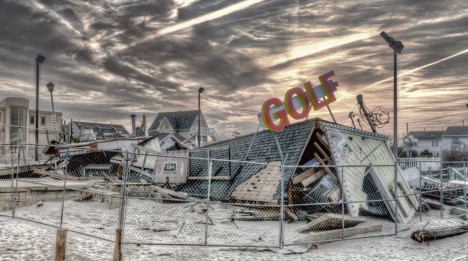 Sometimes miniature golf courses go out with a whimper, other times they exit with a bang… and the collapsed course above epitomizes the latter. Flickr user LennyNJ was in the right place at the right time – late December of 2012 in Point Pleasant, NJ – when he snapped the aftermath of Hurricane Sandy. Wow, Sandy must really hate minigolf. 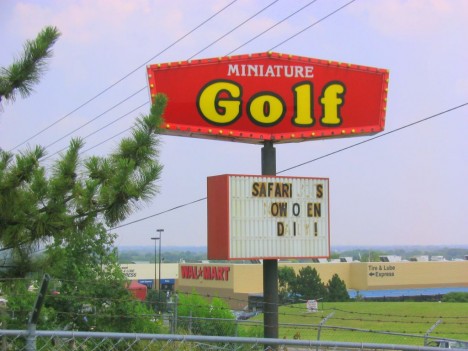 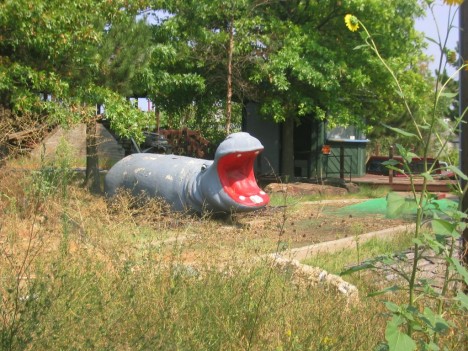 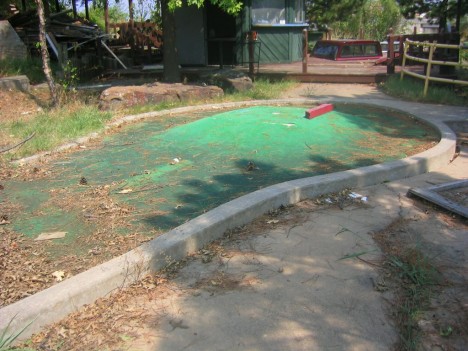 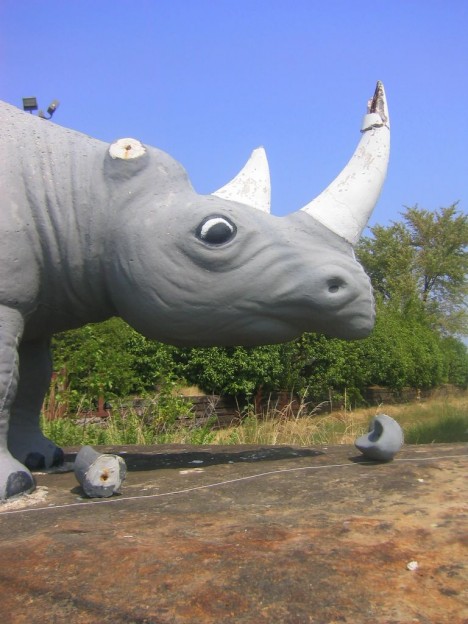 According to Flickr user Tom Baddley, “As of the end of 2008, this course has been razed and turned into an auto lot. The rhino and hippo are still there, along the fenceline near Admiral, and the main sign is still standing.” Is anyone surprised the rhino’s horn is damaged? 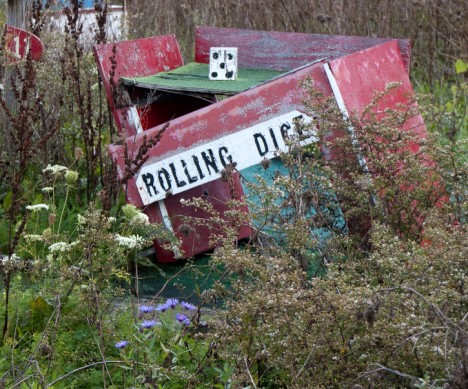 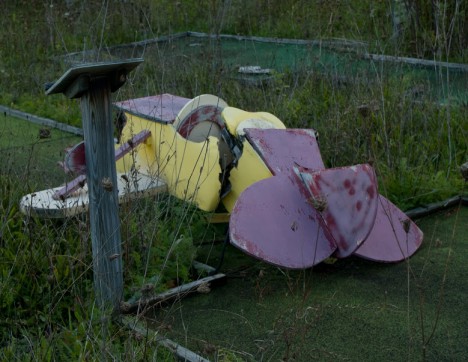 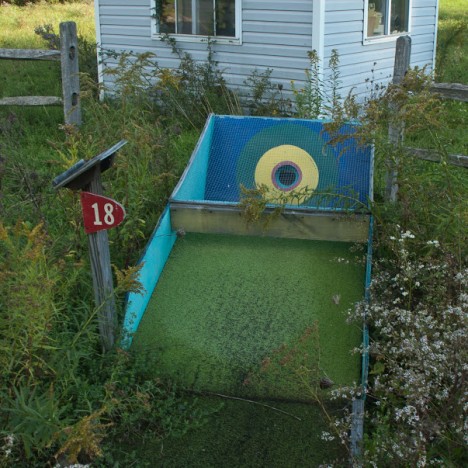 Rolling Dice by The Tumbling Stones? Photographer Eliot Niman posted the above images of an abandoned miniature golf course near Fenton, NY on October 2nd, 2011. According to Niman, “This was part of a failed and abandoned convenience store opposite the entrance to Chenango Valley State Park on Route 369.” Not quite convenient enough, one might say.