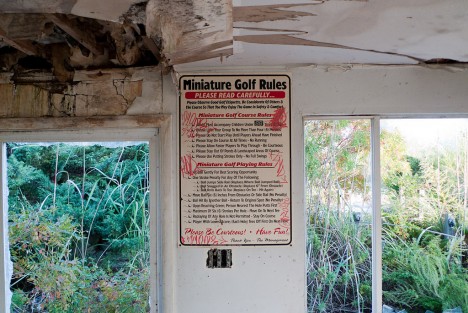 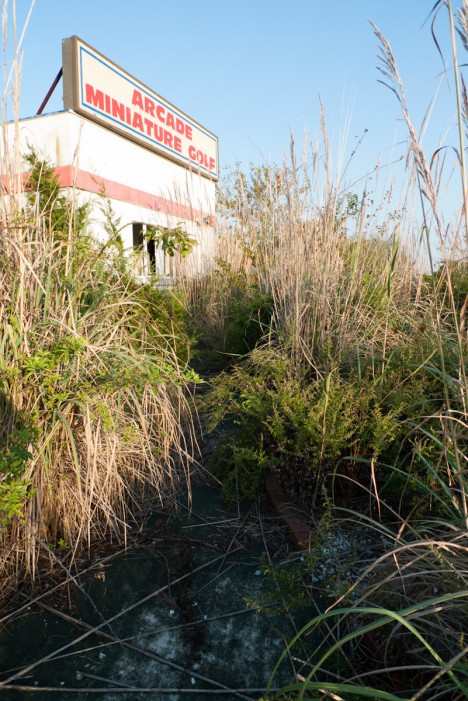 Miniature golf rules!! Well, it used to, back in the day. This abandoned minigolf course in Wildwood, NJ is returning to nature at a rapid speed if the lush undergrowth’s overgrowth is any indication. 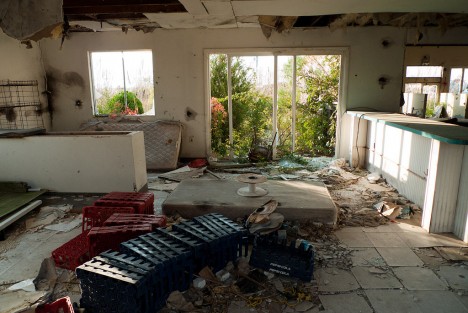 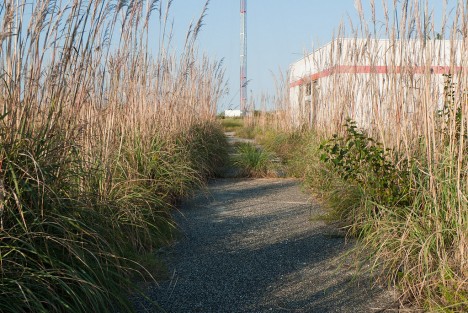 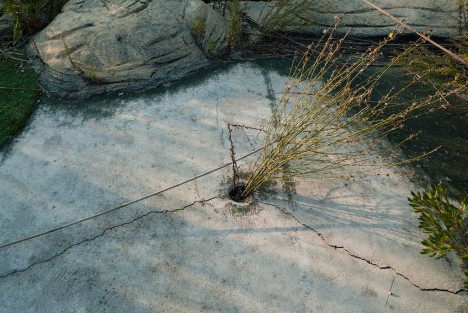 Consider the weed growing out of the hole to be an extra hazard and if you stick around ’til it blooms, you might be rewarded with a crop of golf balls. Kudos to Flickr user bwillen, who bravely hacked through the thick Jersey scrub back in October of 2010 to photo-document the sad state of this evidently long-abandoned miniature golf course & arcade.

Mutiny On The Bounty 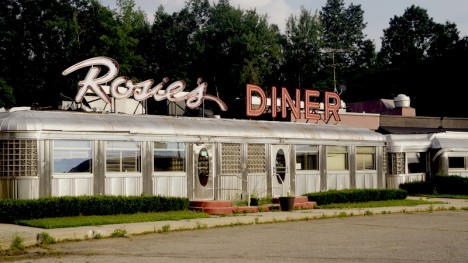 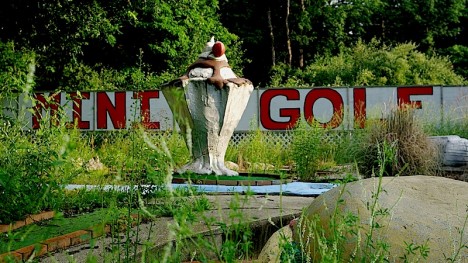 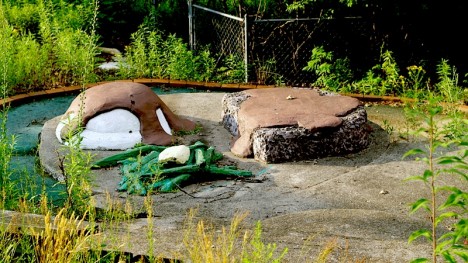 Remember Rosie the Waitress, the TV commercial character who cheerfully demonstrated the virtues of Bounty (“the quicker picker-upper”) paper towels? Well, Rosie’s retired from pitching paper and her diner – complete with an oddly food-themed minigolf course out back – has sat abandoned in Rockford, MI since it closed in 2011. At least they managed to escape New Jersey, former home of the former Silver Dollar Diner. 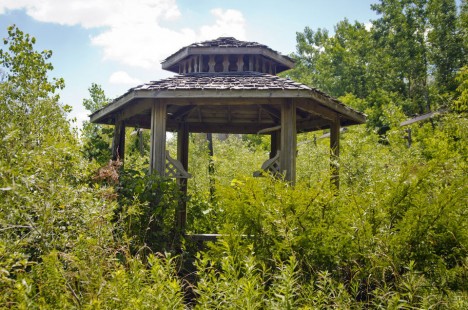 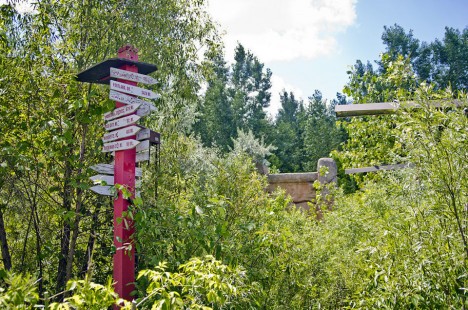 “Abandoned miniature golf course to be converted to wheelchair-accessible haunted house…” Yeah, good luck with that. According to Danielle McGrew of the Bay City Times, “Resurrection, a zombie nation-themed haunted house, is scheduled to be opened Sept. 20 (of 2013).” Cool but how ’bout having the zombies chase the golfers around the minigolf course? That’s one way to speed up play. 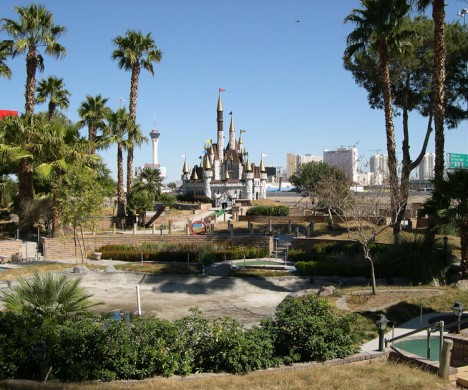 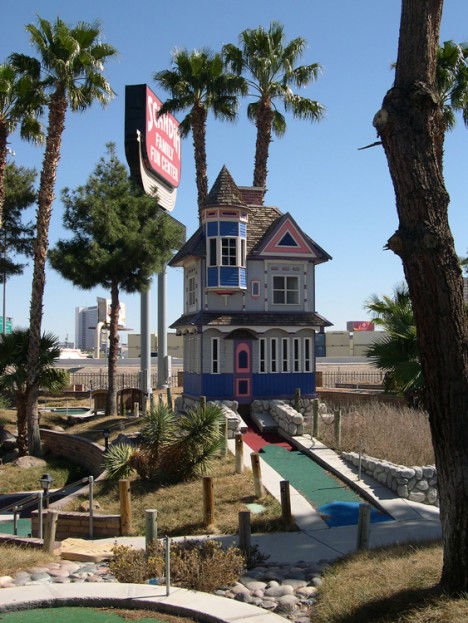 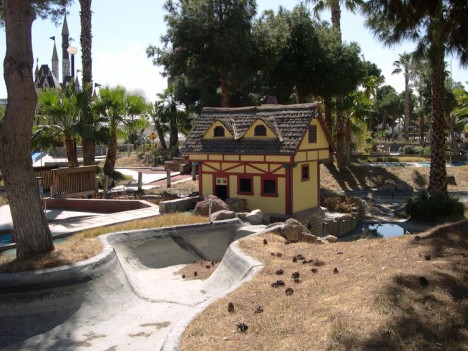 The abandoned Scandia Miniature Golf Course in Las Vegas, NV would appear to need little but a mild sprucing up to be a going concern once again… that Disney-esque castle is impressive to say the least. Alas, it would appear the high-rise condos due to occupy this site are (ahem) less of a gamble.